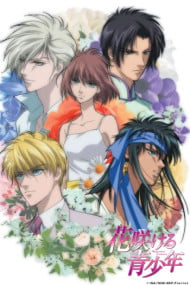 Story: On the surface, Hanasakeru Seishounen might seem like it is just a romance, but there is much more to it than that. The first big plot introduced is that involving Kajika and her father, Harry Burnsworth, a rich businessman. In the very first episode, Harry presents the idea of a "marriage game" to his then-14-year-old daughter. He has selected three men. They do not know that they have been selected, and Kajika will not be told who they are. Harry tells her that she will "just know" when she meets them that they are the ones selected by her father. When Kajika chooses the man who will eventually become her husband, her father will then reveal a major secret about her destiny to her. If she chooses someone else, or if she chooses not to pick anyone at all, then he loses the game. Her father assigns her childhood friend, Li Ren (who is about 19), to be her guardian. She also has another loyal bodyguard, Toranosuke.The marriage game is not the only major plot, though. There is also quite a bit of political intrigue involving the fictional Middle Eastern country of Raginei. Betrayal, secrets, conspiracies, and complicated allegiances are all involved. Personally, I found this story to be even more interesting than the marriage game plot. Incidentally, the political struggles in Raginei are at the forefront of the anime for many episodes. I only have a few minor issues with the story. The first is the inclusion of Yui. Her storyline was the only superfluous part of the story. While watching, I had expected her to have some sort of tie-in to one of the two main stories, but she did not have any sort of connection to them. Other than her story, which really could have been dropped, I felt that the plot was very intricate: almost every other part of the story interconnected with the other plot points. As for the marriage game, Kajika makes her choice fairly early, and I personally would have liked to have seen her decision come a little later. The last little thing is that there is one scene (can't elaborate, as I don't want to spoil anything) that completely lacks credibility. The anime seems to acknowledge this and does offer an explanation, but the excuse given is not very believable.Overall, though, these flaws are minor. The story is nonetheless interesting, well-done, and entertaining. One of the things that I liked the most about the story is that if you think about it, every single character finds love in one way or another. I'd love to go into more detail and explain that better, but I can't elaborate on that without spoiling it. Suffice to say that even though not every character finds romantic love, the main characters (Rumaty, Kajika, Eugene, Li Ren, and Carl) all find some form of love. Animation: I loved the character designs. There are a lot of foreign characters and I feel that the character designs are true to the native countries of these characters. Sound: I LOVE the opening and closing themes and listen to them both frequently. The background music always fits the scenes well. Characters: Kajika irritated me a bit at times, but at other times she showed amazing courage and loyalty to her friends. Li Ren and Rumaty were by far my favorites and both of them underwent a good deal of development, as did Eugene. I found Eugene to be fascinating: I hated him at first, but as time went on, I came to understand him and appreciate him, even admire him in some ways. Overall: I loved this anime. I could not stop watching. I definitely recommend it to those who enjoy politics with a little romance thrown in.

I can't give a complete review, as I dropped the series after five episodes, but I think I can give a pretty good snapshot of what you can expect. This is supposedly a reverse harem, and it jumps right into that plot with the main premise--a girl is literally given a choice of several men with whom her father approves for marriage.  A very basic but alluring idea for a reverse harem-addict such as myself!  But then... You find out right off the bat that the main protagonist is fourteen years old.  Fourteen.  And her father wants her to choose a husband?  What is worse is that the men she meets are not other young teenagers, except for one (oh, and he's apparently her cousin).  They are older teen to early 20's aged men.  Um, what?  And they can potentially see this little girl as a love interest?  Ew! I understand that there is a political plot that does develop, so I may have missed out.  But...I just wanted some nice fluffy romance! :'( The main reason I couldn't continue was that it's fairly obvious right from the start who Kajika will end up falling for at the end.  The dialogue and relationship developments make it easy.  And to me, what's the point of watching this girl bumble through several "relationships" if I can already tell what the endgame is.  As Oscar Wilde so wisely put it, "The very essence of romance is uncertainty." But you'll see that I gave the animation a fairly high score, so I'll be honest with you.  The bishy characters' designs are drool-worthy!  Honestly, I think I lost interest in the plot in episode 2, but the beautiful men kept me for another three.  It's pretty darn good.

In any great anime there are a few intangible qualities you just might miss when you've got less experience with it. In many ways this can be a blessing because you come across a title like this one that on the surface is actually pretty good if you're still fresh into anime in general. Unfortunately the flip side is also true being that you begin to notice the little things that can unravel a perfectly good anime into one that just irks you too often. This title, for me, is such an example of what happens when you become so familiar with something that you notice all the little flaws turning a gem into a stone. ﻿Story: There was a -ton- of potential here, it had an interesting premise, great writing, and a fun way of telling the story. Sadly, this is also where the show started to go kinda wrong. Consistency, in my most humble opinion, is one of the most important elements to good story telling. If you're going to go with a random and some what fluid style of plot line, then stick it kind of needs to stay in that style. If you're going to go with a linear and unbroken plot line, then once again it kind of needs to stay that way. To suddenly, and without any hint or warning to jump forward or backward in the timeline causes confusion and breaks the immersion in your story if you're in the linear path. To remove your audience from the story's immersion is a cardinal sin, and one that this story commits, more than once. Due to the fact that the story was good as a whole I gave it a -very- generous score. Animation: Once more, consistency is important, for the first half of this show, even during the plot skips, the animation was solid, consistent, and pleasing. Once you get into the second half things kind of go awry. Odd artistic cut scenes with calligraphy, a real life picture of flowers, once again served to remove us from the world the creators were trying to show us. Still, once again I gave it an overly generous score due to it's merits separate from this sin they committed filing it under "artistic license". Sounds: Nothing impressive here, I did notice a few times where the sounds would suddenly break off and/or suddenly restart, presumably for a commercial break that was no longer there since I wasn't watching it as a broadcast. Still, that aside this was yet another element that served to break the immersion in the show and once again found it's way into my critical field of vision, by that I mean as a critic. No extra points for bland and forgettable OP/ED songs. Characters: The one thing I have pretty much nothing to complain about. I really liked most of the characters, they made most of their actions and motivations realistic and even for the villain I found myself sometimes rooting for everyone. It truly illustrated the saying "the road to hell is paved by good intentions". Anyway, the majority of the characters had a lot of growth and there was great development as the story progressed. ﻿Overall: Honestly, the above says it all. Inconsistency, and the breaking of immersion really served to destroy this show as a whole from my point of view. A lot of people that watch this and then read my review will more than likely see this as a bit harsh but this is how I feel about it and I'm sticking to my guns. I will never be generous in my rankings towards stars or overall score. This show just did not deserve better than I gave it in my opinion. At nearly 40 episodes, this show was barely worth my time, I most certainly will never watch it again, but it's inaccurate to say I disliked this show or didn't enjoy myself watching it for the most part. Just not something I'd ever recommend to anyone. 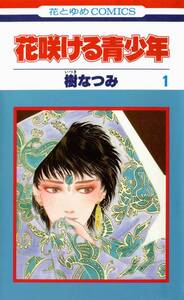