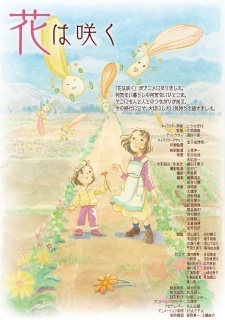 From tilling the soil to planting the flowers, a group of children work together to build a special garden.

Two cute enjoyable little promotional shorts. One is 30 seconds long and the other is a five minute piece.

Flanders no Inu: Shiawase no Carbonara

The story centers on a boy named Nello who is transporting milk when his cart breaks down. Nello gets help from a boy to fix his cart, and Nello gets a chance to return the favor when the boy runs in trouble in the street the next day. With the help of a mysterious fairy named Parme and other children, Nello works to solve his friend's problems and reunite him with his mother.

Yakusoku no Utsuwa: Arita no Hatsukoi

Set in the town of Arita, a youth story highlighting the scenery of Arita.

Set in the city of Takeoshi, centers on two characters; a boy and a girl growing up, being watched over by a large camphor tree that endures the time and seasons.

The story surrounds a boy and a bull who have always lived their lives together. One winter, a famine strikes their village. The villagers resolve to eat the bull, but the boy secretly helped the bull escape. A few years later, the boy and the bull meet again...