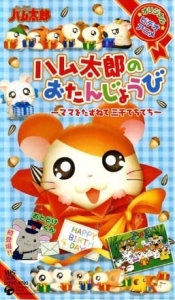 It’s August 6th, and it's a very special day: Hamtaro’s birthday! After Laura tells him about his long lost mother, Hamtaro, Boss and Oxnard set out to find her in the town of Sumire – but it will take three thousand hammy steps to reach their destination! Along the way they encounter urban delights and sunflowers galore. In the meantime, the rest of the Ham Ham gang plan out a birthday party for their furry friend, sending out invitations far and wide. Happy birthday, Hamtaro!

StoryIn the world of adult anime otaku, there are a few franchises that no "respecting" fan would lay eyes upon: Pokemon, Digimon, and Dragon Ball Z are three such examples. However, there's one franchise that even Pokemon lovers tend to avoid: Hamtaro, the lovable hamster! Since the AniRec didn't have any Hamtaro entries, I decided to track down the movies and OVAs to add them myself, and ran across this rarity. I expected garbage, but what I got was something much better. Hamtaro's Birthday is a delightful yet surprisingly melancholy story for the young ones.Lighthearted and whimsical at its core, Hamtaro's Birthday will be familiar fare for young fans of the TV series. The first half follows Hamtaro as he searches for his mother, while the latter half focuses on a grandiose birthday party that his friends have orchestrated; and though the latter part of the story is relatively standard, the former is the most touching. Young children probably will not understand the meaning of what Hamtaro finds in his search for his mother, but the meaning is portrayed in a way that will probably make sense to children on some level. When I was a child, I read similar stories that helped open my mind to the concept, even though at the time I didn't understand the full meaning. Saying what the concept or the meaning is would be a spoiler, but you'll understand once you watch the OVA. Hamtaro's birthday bash is much more lighthearted and typical of the Hamtaro franchise (complete with multiple song and dance routines), making it excellent fodder for the kiddies. One thing to note is that the Japanese version of the OVA is different than the American counterpart. The American version was shown on TV as part of a "Birthday Special", and includes only the birthday party element of the Japanese version (combined with footage from a different OVA); the Japanese (and original) version follows Hamtaro as he sets forth to find his mother, and also includes the birthday party planning and festivities at the end. Without seeing the Japanese version, the name wouldn't make sense; "3000 Steps in Search of Mommy" is a parody of the very famous series and movie "3000 Leagues in Search of Mother," which follows a young boy on his quest to find his estranged mother. AnimationLike all Hamtaro titles, the animation is colorful and garish. Cute, chibi-like hamsters grace the screen and participate in well-animated dance routines, and the background scenery is gorgeous. While Hamtaro's Birthday won't win any awards for its animation, it's still a visual treat for the eyes. SoundSynthesized, generic beats accompany the majority of Hamtaro's Birthday; while appropriate, the soundtrack is also forgettable. The voice actors perform in an acceptable manner.   CharactersAll of the usual gang can be found in Hamtaro's Birthday: Hamtaro, Boss, Kouji, and even some long-lost comrades. The Hamtaro franchise has never been one for massive amounts of character development, and thus none of the characters undergo a major transformation or perform outside of their typical stereotypical roles. Still, they are exactly what the franchise needs for them to be: upbeat, jovial, and carefree. OverallIf you are the parent of a young child and are looking for a wholesome story with a good lesson about life to show them, look no further than Hamtaro's Birthday. It's not necessary to see the TV series first, nor is it necessary to have any previous experience with the Hamtaro franchise - and it helps introduce an important subject in a touching way. However, I'd advise that older anime fans pass this one by, as the subject matter is probably too saccharine and childish to be enjoyed by anyone over the age of nine. 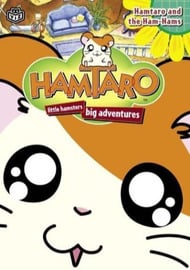 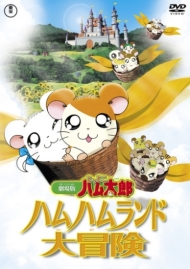 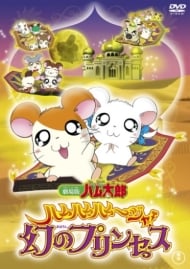 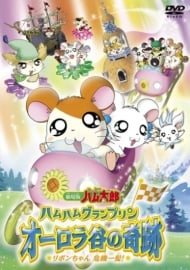 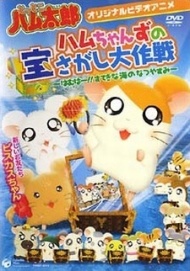 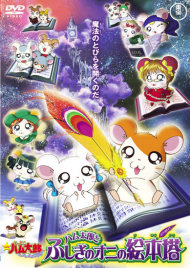 Hamtaro Movie 4: Hamtaro to Fushigi no Oni no Emon Tou 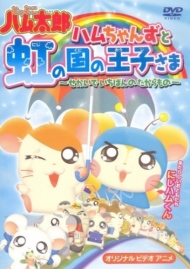 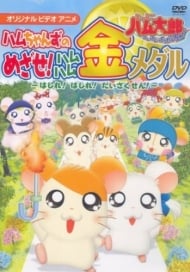 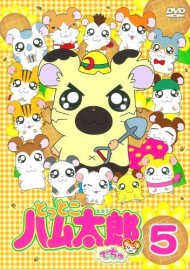 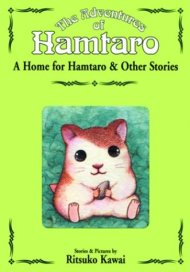 The Adventures of Hamtaro