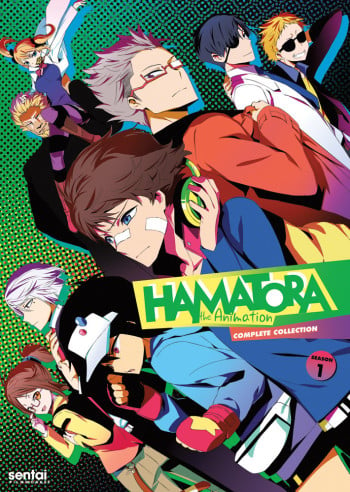 My review of Hamatora: The Animation

Personally, I did not really like the story, It was messy and in the end (especially the END) you ask yourself a lot of questions. And hopefully those questions will be answered in season two.... which is currently running wow i did not know this up untill now... moving on.

The animation was okay/good. I really liked the part where they activate their powers, everything suddenly goes like they drugged themselves with shrooms. It's unique to see stuff like that in anime.

Besides the trippy animations when they activate the ''Minimum'', the enviroment itself could be better. There's nothing else special and notable about the animation. It's rather good and well done (unlike the anime this studio is currently airing. . .)

Sooooo here's the part that most of people don't like about Hamatora. The characters. It's true that the story focuses too much on the main characters Nice, Murasaki, Moral and Art. But there are some other characters you knoooow. Hajime is mentioned and showed ALL the 12 episodes but whenever she's showed, she's freaking eating or talking about food.

Then there's the owner of the coffee shop. HE'S BLENDING COFFEE FOR ALL 12 EPISODES I AM NOT JOKING. It annoyed me very much. And I hate all the main characters because:

Voice acting is not bad. The music in the anime is not bad. Sound effects could be better. And just like the animation, there's nothing really notable about sound.

So yeah this anime is that type of anime which you can watch and still be impressed, because the animation and sound are good. But then when you finish it you're like WTF because the story doesn't make that much sense, and the characters are plain and undeveloped.

Wow now that I reviewed this anime I realize that It's not really that good... damn

Let's just hope that season 2 will be better because, for some reason, I WILL watch it.

Thanks for reading this review. I'm not that good at reviewing stuff because I don't do it often... aaand my english is not as good so I don't want to confuse people. Hope this helped you if you're planning to watch Hamatora. It's not really a bad anime, but do not expect much from it. Cheers! ^_^

Nice (RYOTA OHSAKA) and Murasaki (WATARU HATANO) form the detective pair Hamatora. With the use of "Minimums" becoming a problem, we follow these two and the rest as one case after another ties into the mystery of a seriel killer.

STORY: In my opinion Hamatora has a really great concept. Yes it does have some standard cliches but overall i found it interesting. I gave it a 8 (and it may deserve a 7.5) because it did have its moments where it seemed to stray away from the interesting concept and gave us the somewhat comedic non-essential episodes, But without spoiling anything its does pick back up around episode 7 and finishes really solid.

Animation: The quality did seem to dwindle a tiny bit as the season progressed, but i was very impressed by the animation. This being the first show put out by NAZ i thought they did a wonderful job. It seemed crisp and the colors especially during the fights and the opening theme was a pretty well done addition to the show and i felt like it added to the experience.

Characters: Overall the characters were interesting. Really wished they would have gotten more indepth with some characters and their abilities but i felt they all added to the show nicely and were all either loveable or hateable respectively.

Overall: It was a fun show. But i give it a 8.5 because i felt it lacked something. It did pick up really well near the end and i have to say the last episode was Amazing. Especially the last scene. Overall i enjoyed it a lot and seeing this at the end

To Be Continued ( will add pic when i find one) made me happy because i know itll be just as good and hopefully better as the first season, and hopefully it comes out in this fall this year because i really want to know what happens.

Another anime that deals with the topic of superhumans/people with special skills. The approach is quite simple, and the plot is nothing particularly new. However, the implementation here is quite pleasant and even worth mentioning.

Particularly noteworthy was the implementation of the last episode and the quite solidly placed unexpected cliffhanger. Otherwise, the tension was mostly flat but not falling.

On the part of the characters, there were many different personalities. I wouldn't describe them as particularly profound, and they also had rather monotonous character traits in the long run. Still, her quirks were quite entertaining.

Both seasons had their strengths and weaknesses. Strangely, in different places. Season 1 was tighter on the main plot and could only build the tension in the final episodes. In contrast, season 2 was the complete opposite. Despite bigger action, she was unable to build up the tension. It's a shame, actually, the implementation of the concept was quite successful.

The protagonists, who have been gifted with supernatural abilities, run a detective's office to shovel some money. However, this seems to be going very badly for them. Incidentally, this detective thing is very secondary to the anime and has little relevance in the plot.

The actual plot revolves around the main antagonist, his connection to the protagonist, and the implementation of his plans. Nothing particularly imaginative, but as mentioned, it had a nice implementation. The particular highlight was somewhere around episodes 5-7, due to a little twist. And another resolution in the last episode.

The cliffhanger made the best impression.

The animations were above average. And especially the colored design did very well here. The fights were presented solidly and the animation was, if necessary, subtle.

I wish the characters had a little more depth of character and could have been written a little better.

Apart from that, they were quite pleasant and certainly brought out one or the other solid character joke.

The intro was average. However, the Osts have been pretty solid.

The first season of Hamatora has a lot of charisma and I will certainly remember it positively. You could clearly have gotten more out of the work because the potential was not used.

I watched this anime, I think, around the time it came out. I was relatively new to anime at that point. I remember LOVING this show, though. Here’s what I have to say about it!

Hamatora isn’t a great anime nor is it terribly bad; however, I have to say that the plots are interesting! It’s an easy anime to watch. The bad guys aren’t hard to figure out, the good guys have morals, but it is actually pulls it off without being boring. It isn’t very intricate nor does it have that many twists, but I have to say that I really do enjoy both seasons. It’s not remarkable, but that isn’t necessarily a bad thing.

Overall, this anime doesn’t overdo the investigation aspect, and it has interesting characters. It’s basic, but it doesn’t have toxic traits that many animes have. I would recommend this to beginners and experienced anime watchers. The intro is sick, and so is the background music, too. 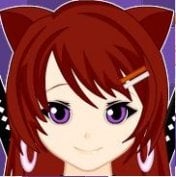 Well after trying to give it a chance, watching a few episodes the beggining was quite average, actually boring to be honest. About 5 episodes in I started to be interested, then I got to like the main character a lot. That's what kept me going.

Tries to be a lot of genre frist detective, supernatural, about grown ups life then became psychological. Oh and tried to be funny, but failed desparetly. Not funny at all. I cried 3 times, laughed only 2x I think. Yes, through the WHOLE SERIES.
Basically the genius main character whose kind but not naive, smart and intuitive and his partner anouther likeable smart guy solving different "cases" (murder, guarding, finding people). Sidestories like characters past sometimes disturb the linear story, but it was short and pleasant after all. Sometimes unnecceary blood scenes.

Pretty likeable after all, though they develope nothing over the series. The villian was somebody who i could not feel sympathy towards (which i often feel towards the antigonists in other shows)

Overall: Quite unsatisficatory. Not enjoyeble that much. I would suggest watching something else in your free time. There are so many better animes than this. But if you want to give it a try, do not expect much