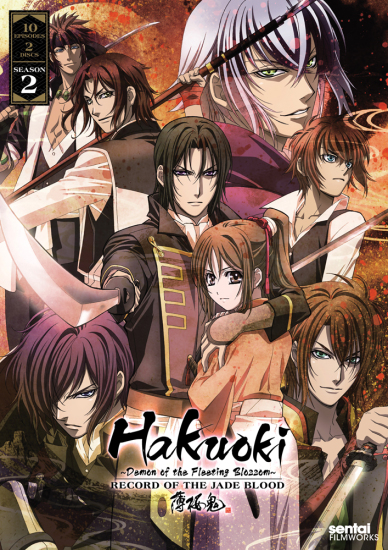 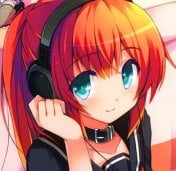 This was a good wrap up to the original series Hakuouki Shinsengumi Kitan. You should watch the first series before watching this, since this is a direct sequel to Hakuouki Sekkaroku.

The presence of this anime takes after traditional Japanese stories in the sense of honor and pride on the battlefield. While to westerners it would be considered a tragedy, the characters endings were with great respect, so it helps you appreciate them even more so.

Even if I wasn't really a fan of the way this ended, I know this was based off of fictional history and knew that it really couldn't of ended any other way. Again, if you have seen the first series, you must watch this as well!

Warning: This is a direct continuation from the prequel Hakuouki Shinsengumi Kitan and it may contain spoilers!

Plot: "The Edo Era has ended after 260 years of history and the Meiji Era begins. However, bitter strife still continues between the soldiers of the new government and former Tokugawa retainers. This is the stage in which the surviving members of the Shinsengumi find themselves upon their return to Edo following their defeat at Tobafushimi." (Taken from MAL)

Story: My prediction about this show started to become more and more clearer. It is more and more obvious that this will lead to bittersweet ending. The second season starts with a re-cap episode (titled as episode 12.5) where it presents the most important moments from the first season. The story itself picks up after the defeat of the Shinsengumi in the battle at Tobafushimi (a battle that is recorded in historiography as well). All the main cast from the first season, Kondo Isami, Hijikata Toushizou, Okita Souji, Nagakura Shinpachi, Hajime Saitou, Harada Sanosuke, Keisuke Sannan, Toudou Heisuke and Yukimura Chizuru flees to Edo so they can prepare for another battle with the New Government Forces that were advancing from Kyoto. However many things changed, it been revealed that Chizuru was one of the last members of the oni clan (the former Yukimura clan, a clan that has disapeared), several members of the drank the Ochimizu (an elixir used by the Shinsengumi and developed by Koudou Yukimura to transform normal people into Rasetsu) and turned into fake oni and one of them is Hijikata. Even though they fleed to Edo, the moral of the Shinsengumi trops remained down since they've been defeat at Tobafushimi. Even after recruting several newcomers for the upcoming battles there wasn't much hope in winning against such a vaste force. A chain of tragedies begins and one after another the main leaders of the Shinsengumi start to fall in battles. Also the appearence of Koudou with an army of Rasetsu will play a vital role in this show as well. This is the short summary of the second season of Hakuouki, somehow predictable but

very tragic endings for all the members. What pissed me off is that the most expected moment of this show happened at the last episode of this show but still, it didn't last for long.

Animation and Sound: The animation of this show didn't change as much from the one used in the first season, same style, same quality, same design. The sound on the other hand became a little bit unattractive compared to the soundtracks used in the first season this one had less to offer in terms of audio delightment even thoug the same artists performed the soundtracks in this season as well.

Characters: The change that occures in this season is actualy related to characters. New characters are introduced in this season that play a more or less important role in this show. Another change is in the character design where the main leads drop the traditional japanese costumes and start wearing western clothes, clothes that used less armor and that were easier to move while wearing them.

Overall: Hakuouki proved to be in the end a very interesting show. Not only that it depicted a historical moment but it presented also a fantasy story, humans coexisting with demons and a love relationship between them. I'm quite unhappy that all of them had to die in the end but it was kinda predictable after the end of the first season. The animation alone might attract a few viewers but this show will be much more attracted for fans of animes that presents a feudal Japan theme. If you don't like tragic endings you better avoid this show.

I love this anime but felt really let down by the ending. It just got sad when each member of Shinsengumi died off. If people are dissatsfied with the situation with Hijtaka's death, I can see a reason for it. The reason why he did it was 'bushido' or 'the way'. He was keeping his promise to Kazama that they would settle a score.

About Chizuru. I can see why people may be disappointed with her. Though she is the female main, she never really did anything. She was protected & acted more like a spectator to the events that were happening rather than participating in them.

I too was a bit disappointed with her lack of development. But now I take it as she was never meant to develop as a character in the anime anyway. I take it as the focus was more on the events involving the Shinsengumi rather than Chizuru herself. Perhaps that is why she never develops.

I will admit it made me feel like i was on an emotional rollercoster.