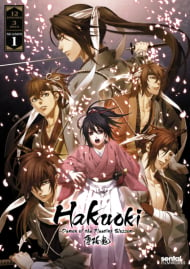 Disguised as a man, Chizuru Yukimura has come to Kyoto searching for her missing father, a doctor who developed a magical elixir that increases the drinker's speed, strength and healing abilities. Instead of her father, however, she stumbles across a battle between the Shinsengumi and the Furies, evil vampire-like creatures of their own making.

Chizuru's story starts off in quite a common manner ( minus the rounin who are chasing her for reasons unknown ). Her father goes missing and she decides that it's been far too long since she heard from him so armed with a sword and a boy's attire, she sets out. Only to attract the attention of rounin who have nothing better do than chase a "boy" who did nothing to them ( I still have no idea why they were chasing her but well, rounin are rounin and we need something to start off with ). Much to Chizuru's horror, the rounin are cut down by demon-like men, their hair gleaming white in the dark of the night. And they're about to cut her down too, when three men suddenly appear and save the day. But no, these men are not your conventional heroes. They are part of the Shinsengumi, a group of "police officers" whom the general population share no feelings of camaraderie for, at that time, a rebellion was slowly stirring. Chizuru is handled none-too-gently for witnessing what happened and the Vice-Commander, Hijikata Toushizou is convinced that "he" must be killed. The gentle Commander, Kondou Isami is hesitant and we are slowly introduced to the other characters at this point. Okita Souji, Saitou Hajime, Harada Sanosuke, Toudou Heisuke, Nagakura Shinpachi and Sannan Keisuke. Chizuru is saved by the fact that the Shinsengumi too, is searching for her father and they they agree to keep her with them until he is found. Hakuouki is a historical anime and still surprisingly, all the main male characters are models of the real-life people, apart from Sannan-san. One thing that you'll love about the anime is the male characters. All of them, while fiercely protective of Chizuru, do not display what typical reverse harem boys do. They don't constantly try to grab her attention or sweep her off her feet, only trying to cheer her up and sharing their true feelings with her. If there are any special feelings, the boys give way to the canon couple because there is no time to fight over love when everything they've been fighting for is falling apart. Chizuru, while spending time with the group, discovers quite accidentally exactly why the Shinsengumi are searching for her father and is shocked. A not-so-chance meeting with a mysterious blond who is after her reveals much about herself that even she had no idea about. Most people describe Chizuru as a spineless character who is of absolutely no use but I think that's exactly what she exists for - to bring out the best of the male characters. It's true that she's mostly unable to fight for herself, having to constantly depend on others but it's not exactly her fault. She has the ability to move on and tries her best to help others. The anime managed to capture my attention with the events that were going on. Slowly but surely, the cogs of fate began to turn and started breaking down the protective shield that made the Shinsengumi what it was. Hakuouki is not at all the sparkles and rainbows it appears to be. The events of the anime faithfully follow what happened in real life and then you begin to realise that victory doesn't come as easily as it appears to. Even so, Hakuouki is intriguing exactly because of that. Enemies and evil are not black and white. It's a blend of colours, never singular and that's exactly what the inevitable war that the Shinsengumi are about to face is. The end of this first season points towards more bloodshed, tragedy and unfortunate events. At this point of time, can they keep holding on? The characters are not one-sided. They have flaws, their own personalities and they make decisions that might not always be the right thing. Their lives, quite refreshingly, do not centre around the female lead and the choices they make might, at times, be surprising. If you're someone like me who has a strong interest in historical events, then Hakuouki is the anime for you. It explores what happened in a truly gripping way. I fell in love with the OP and ED but the OSTs are quite mediocre. The voice acting, however, was superb and the characters were really expressed well, especially Okita's voice, which I really fell in love with and Chikage, whom Tsuda Kenjirou-san voiced ( I absolutely loved him as Spanner ). The animation was one of the strong points, in my opinion, Hakuouki is rightfully not tagged reverse harem but the bishounen quality is still there and the colours are kind of dark-themed, there aren't really any bright colours. Hakuouki, as the first part of the series, did a wonderful job of introducing the characters to us and I will explore the second season in my review for it. It's not just fans of historical anime, I honestly don't think action fans will be disappointed by this either and if you're a huge fan of romance, then Hakuouki will definitely fulfill your thirst for it. Masochistic people ( like me ) who just can't stop watching tragedies, then, this, surprisingly might just be your cup of tea.

I really enjoyed this anime. I was not really sure what to expect when I started it, but was drawn in quickly. It is hard to give a specific genre to this anime other than historical. It seems realistic in conparison to other animes, even though it has fantisical elements. It is a romance, but not like your typical shojo romance. It is very heartfelt, but not overly dramatic. It is bloody and contains lots of sword fights, but there is more to it than war (even though war is what takes place in the anime). Somehow, aside from all "action", my girly side was still apeased. Beautiful animation and music. The only reason I don't give it full points, is because there were still a few questions I had after the second season was over (but not enough to make me unhappy with the ending). In the end if you like swordfights and historical elements, you will like this anime. If you like lots of handsome men protecting one girl, you will like ths anime. 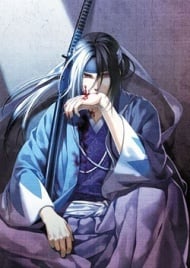 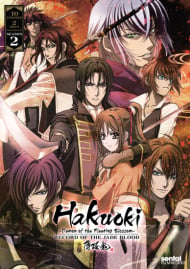 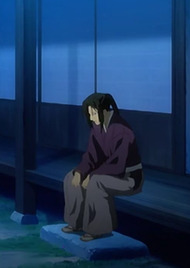 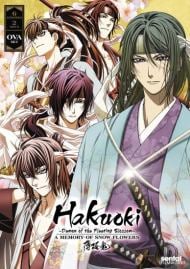 Hakuouki: A Memory of Snow Flowers 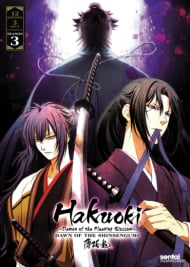 Hakuouki: Dawn of the Shinsengumi 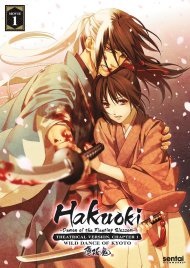 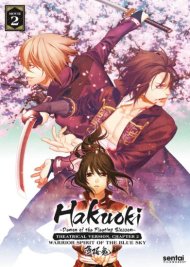 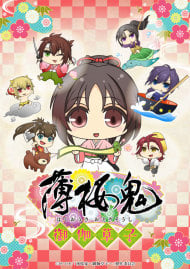 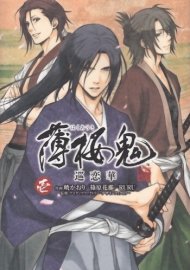 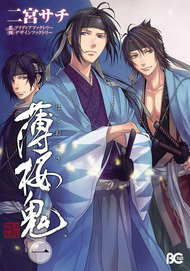 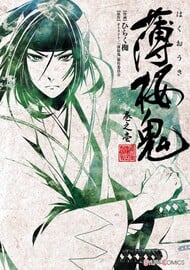 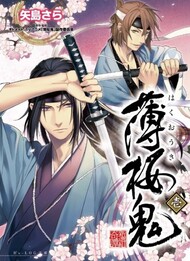