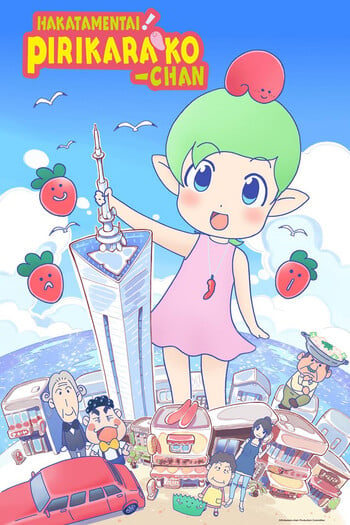 Young Mari hates eating vegetables and drinking milk so much that she has nightmares about being force-fed the items. One day at school, the young girl chokes down her milk and vegetables and promptly faints from the shock. When she wakes up in the nurse’s office, she comes face to face with Ninninman, Piman and Milk, three food sprites that only appear when Mari drinks her milk and eats her carrots and peppers. Though Mari is less than enthusiastic about being haunted by her most hated foodstuffs, can the three spirits help her realize the importance of friendship, and maybe even teach her to finish her meals?

After accidentally falling into the oven as he was being removed, Kogepan, a piece of red bean bread, became burned. Unlike the other breads such as Kireipan and Ichigopan, Kogepan is somber and has a dark sheen. However, he’s joined by others that are burned just like he is, and together all of the baked goods have fun together talking about life and even taking a trip to the beach.