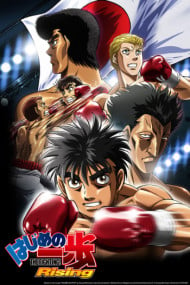 This series didn't have as much to live up to as New Challenger did, but somehow manages to fall even flatter than that one.  Whereas there were good parts to New Challenger, Rising seems rotten to the core, and I have a hard time finding anything to praise it for. The visuals are sharp as ever with the Ippo series, and don't disappoint, unlike everything else.  The blasts of air are there, as are all the dramatic lighting and blasts of pressure by the punches.  However, the sound design is lifeless. It has become more obvious than the last series, and the actual sounds in the fights is terrible.  The punch sounds have hardly any weight to them, and makes it seem like the fighters have strapped pillows to their hands, rather than gloves.   The characters and story have taken another dive, with little to no progress being made for any character.  The series jumps around between characters, focusing on ippo, takamura, and aoki of all people. Because it jumps around so much, and establishes so little progress with each fight, none of them advance as fighters.  Beyond that, the series seems to have completely lost it's ability to be serious at all, as even during fights, it cracks terrible jokes and puns, and between the fights each episode is a veritable mountain of bullshit before the next fight, such as the entire fishing arc. A few episodes, devoted at least 50% to fishing, in your boxing show. I hope you enjoy that.  Beyond the stupid jokes and unneeded distractions, two new minor characters are introduced, whose entire role seems to be to piss me off when I see their character design. They look like partially deflated, sweating balloons.  It's terrible, in more ways than I have words for.  The bottom line is, the show is mostly unwilling to be serious anymore, and the only times it tries, it doesn't deliver a good fight. Takamura's big fight lasts a few episodes, but is hardly set up at all, and is even worse than his crap fight against Eagle in the last series.  Aoki's entire arc can be cut out without a second thought.  Aoki and Kimura's fights before Takamura's fight are both entirely joke fights, from start to finish, and are more annoying than entertaining in any way.   On top of that, two crucial areas make no progress at all. Or rather, backwards progress. Ippo's fighting style continues to be absolutely pigeonholed into "Dempsey Roll or Die", and the fight with Miyata that we have been set up since the last series for.. Doesn't even happen. One last thing of note, the final 4 episodes are entirely flashback, but they are the polar opposite of the series upto that point; That is to say, not garbage.  They are excellent, serious, story-driven episodes against a clearly powerful opponent, where it feels as if the characters are fightiing for something.  It actually feels like an arc from the very first Ippo series, however the show does not get points for showing that despite all the garbage they've had us sit through, it can still produce a quality arc. No, if it could have done that, put the same care into your entire show, rather than repeated fart-jokes and fishing arcs.   5/10

Story 7.5 : Well to say this plainly , this was a little disapointing . There was only two fight's with Ippo . And he didn't he fight for the world title . And just after two fights he gets hurt . The other fights were ok . But i completely hated to gag fight. And personally the last like 4 or 5 episodes were just filler to finish the anime . If they just spent two episodes then that would have been fine . Animation 10 : The animation was amazing as alwyas , clear crisp punches . Seeing the charcters high speed movement was also awesome .The blood scenes where also very well looking . sound 9.5 : The theme song was not that good to match the anime , it just didn't work for me . The high speed punches sounded amazing . But they could varied the sounds a little bit instead of using the same sound.  Character 10: As the other times in this series the characters were amazing . Execept maybe Aoki haha . Anyways the characters here are always pushing the limit no matter what the obstical was in their way . They to me are exteremely inspirational 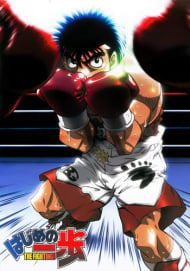 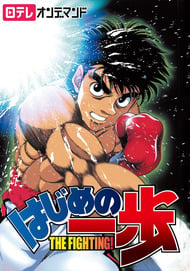 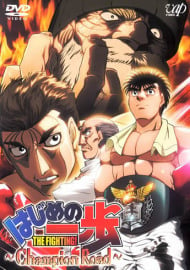 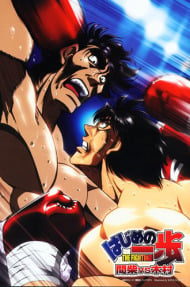 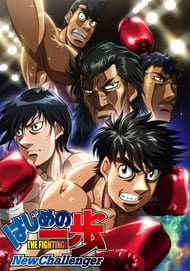