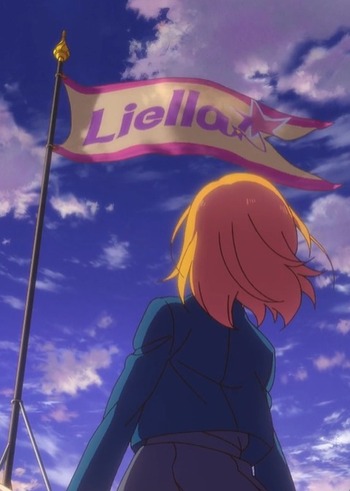 If you're looking for manga similar to Hajimari wa Kimi no Sora, you might like these titles.

Suzushiro strives to be accepted as a dancer to Excit. In the auditions he meets Nagaya, who doesn't even warm up before the qualifying exam! What will be the result?

A group of teenage boys explore the depths of the underground breakdancing scene, in which they master new moves and battle against competitive breakers and crews.

"Dankira", a dance battle where teams of 3 compete to be the best. This story follows young men who strive to be at the top. The lively "Merry Panic" specialises in hip hop, the kings "Etoile" excel in ballet, "Theater Bell"are mature jazz experts, and "TOXIC" is a mysterious group that specialises in vogue dance. Lastly, "Sanzensekai" combines martial arts and dance!

A 40-year-old woman with no romance in her life or a savings account visits Old Jack & Rose, a bar for fogies whose average age is 70.