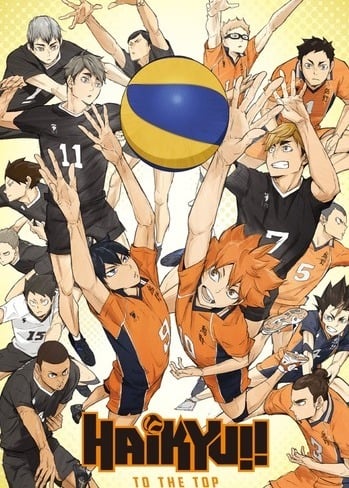 If you're looking for anime similar to Haikyuu!! To the Top: Part II, you might like these titles.

After causing serious trouble on his Tokyo middle school's powerhouse volleyball team, Kimichika Haijima moves to his mother's hometown in Fukui where he spent his childhood, and reunites with his childhood friend Yuni Kuroba. The two grow as an ace duo but clash at their final middle school prefectural tournament and went on to their local Seiin High School without speaking to each other. With their arrival, the weak boys' volleyball team aims for nationals.

The OVA will look back at the spring tournament primaries, and feature "interviews" with the players.