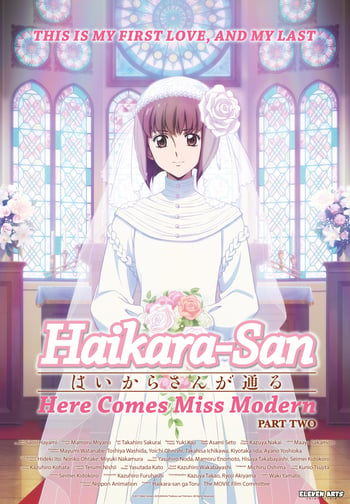 (spoiler free review) There was quite a bit of drama in this one, so u might go "nani.." at some points for decisions the characters make and their reasoning behind it. It ended properly but i still feel bittersweet about it. Idk whether its because its over or because I'm not completely satisfied. Could be both since the original anime has about 70 eps, and has been condensed into 2 films (At the time of writing this review, i hv not seen the original anime). This film was still done pretty well, but the romance shld hv been better developed in the first film (so that the drama in this one made more sense). This film is not the best out there, but its also not something u will regret watching. The tone shift between the first film and this one is obvious, with this being more dramatic than lighthearted. Imo the main genres for this film r drama, romance, shojo.

After I watched part 1, I was really looking forward to this. It did not really disappoint me but it is just the story is a bit predictable. There is not much twist and SPOILER AHEAD the main actor gained his memory so fast. I thought it was a bit too fast and maybe they can add more scenes to make it more heartbreaking or something.

However, I love that the animation and all are traditional. They even added an earthquake which is like a significant thing to Japan. So I guess it is a surprising element to this movie?