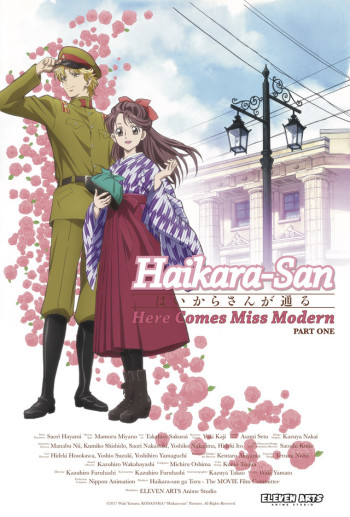 (spoiler free review) attention all shojo lovers, u dont wanna miss this one. Altho based on a manga from the 70's, this anime film still captured my heart with its shojo charm (u can think of this as being similar to the readaptation of fruits basket). The art style also adds to the appeal of this show with its unique old shojo artsyle which is still appealing today. The mc carries the show well with her sweet, upbeat and spunky personality. On the other hand, I found the main guy to be a bit too perfect in terms of his character/personality (but nevertheless rly enjoyed him being handsome and charming). Overall I rly enjoyed this anime film, and now see why it got such good ratings. I'm definitely watching pt 2. I would label the main genres of this anime film as shojo, comedy and romance. So if ur into any of those definitely check this out.

I gave this a high score overall due to the incredible animation, character development and soundtrack. However, I do not recommend watching this if you are expecting a fluffy romantic film as you will be somewhat disappointed.

REMEMEBER this is part 1 of 2 and the cliff hanger left at the end of this was pretty intense. It left me feeling dejected and a little depressed. The cliff hanger leaves you on a sad note which made me not want to watch the sequel as I had a feeling it would also be pretty sad.

Other than the film being sad it has some amazing animation and an amazing sound track. The voice actors also portray the characters well and the character development through the film was intense but amazing.