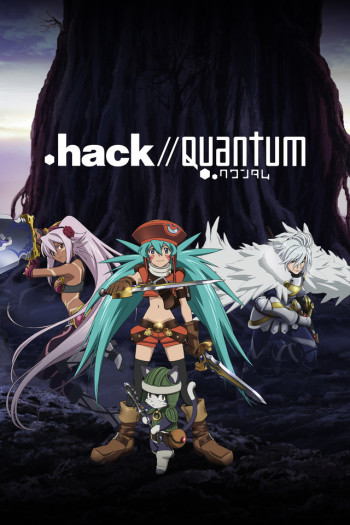 Quantum is basically the fourth version of the same story, after SIGN, TWILIGHT and ROOTS. A few more shots at this and it will be all Gundam. Having followed the franchise through the years I can appreciate how it keeps trying to flavor the exact same premise and correct past mistakes. At the same time, WOOPS, it keeps making newer ones so it never manages to get something overall better than the rest.

The production values are amazing and definitely the best part of the anime. They were always good in the franchise but now they went all out with extremely well done animation, well made cgi, and good action scenes. Yes, you heard right; action scenes. Where previous installments were completely lacking battles or had a few simplistic ones, Quantum actually is heavy on it. It is nothing amazing in terms of choreography but it definitely isn’t made up of 95% people standing still and talking while atmospheric music plays in the background. There is also a constant back and forth between reality and virtual reality which again keeps your interest high even if you don’t fancy the story or the characters. The visual effects used to depict our world, as well as how the users interact with computers and play the game is just awesome. Sound effects and soundtrack are also fitting and well done, although the songs lack variety since it is just a 3 part OVA and are not exactly as awesome as in other installments.

A thing that felt too much for me was the moe factor thrown in here. Most characters are cute girls and animals that makes you feel like the animators jumped in the fad of the years. It is not a bad thing but it sure felt unneeded (although I am fully aware of how most of the buyers dig this crap). I mostly see it as a cheap method to attract the viewer’s attention with cute girls acting all silly and showing bare skin for some poor excuse. I was so used to having a male protagonist and a balanced number of male and female support characters around him, to the point that when this swarm of sweet femmes filled the screen I felt like I was watching K-On at times. Not a bad thing on itself but this is no moe show. Well, at least it wasn’t until the damn thing started to sell so well.

Which brings me to the cast part of the show. I won’t lie here; it is weak. The previous shows were about the personal issues the main characters had with their lives and how that reflects in the game, but here it is all moe and a rather shallow attempt at drama around death. I just didn’t feel the characters had any conflicts to solve through the game; they are following the norm of their archetype, a thing which makes them shallow and forgettable. The most important character was also the villain of sorts in the game, and even he felt like he was fooling around and getting all friendly TOO EASILY just to shoehorn in some rushed drama. Overall, perky cast but highly passable.

The story now. It is still THE EXACT SAME ONE. A few minor details are changed but it is like watching history repeating. You know, a virus throwing people at coma, the company hiding everything, some people investigating for clues, a professor who did something to the game, and so on. Furthermore, the lack of duration does not exactly allow too much plot to be present and even the one you can find is to the most part fooling around just to make you see the girls playing the game or living their normal lives back in reality. Not only that, but even when people they know drop like flies they don’t seem to worry too much and they return to their lives or investigate the event with almost complete apathy. You don’t feel like the main struggle in the story is important, even when colossal monsters start eating players and trapping their souls in cages hanging from a creepy tree. It is all done too calmly and simply. Even the resolution to the story is anti-climactic and it’s as if nothing of importance happened at all. Pity because as boring as SIGN was without the action and the constant talking, you just KNEW there is something scary and deep going on in there.

So is Quantum a good anime? Yes and no. It is mostly aimed at people who know of the previous series and who will accept easier its easy going nature with most of the backdrop details being explained in other installments. It is almost a comedy version of sorts, just like TWILIGHT. It is also an almost brainless action adventure with shallow mystery and with lots of cuteness thrown in for laughs. It is very pleasing if you go easy with it but it will definitely feel short and superficial before SIGN and ROOTS. It sure has a ton more action and perkiness than those but this is not what characterizes the HACK franchise. And it better never will; I think we had enough stories turning to superficial action and mindless moe.

VALUE SECTION: 1/10
Historical Value 0/3 (none)
Rewatchability 0/3 (it is just a rehash of the first)
Memorability 1/4 (nothing to remember)

As a fan of the entire .Hack series I beleive that I rate more harsly than the normal person.

NOTE: This review is based on the first 2 OVA's.

Story:  Synosspis taken from the Wiki Page: "The story follows the path of three players: Sakuya, Tobias, and Mary, and their playing of the world's largest MMORPG, "The World R:X" created byCyberconnect Corporation. As is the case, these players were on a quest in their party of three, when they are caught in a strange fate of circumstance."

Basicly it is the same story for every .Hack show, but as they say "If it ain't broke, don't fix it."  The Story is kinda stale after watching every single .Hack anime, but the change of characters makes for a refreshing story.  Another thing was the out-of-place onsen scene, It was un-needed and served no purpose to further the plot other than fanservice of rather plain looking character designs.

Animation:  As with most of the .Hack animes, most of the story takes place inside of the MMORPG "THE WORLD".  As such the animation is top notch.  The only down side is in the second OVA where Sakuya and Tobias' players are traveling to Tokyo.  While they are animated in the 2D animation tatic, those walking behind them are animated in CG, The conflicting animation styles did distract me from what was happening, but not enough to make me cut off the anime.

Sound:  .Hack has always been superb with the sound, and Quantum is no exception.  Although when I watch anime, I don't pay too much attention to the BGM, but what I hear makes me want THE WORLD to be a real MMORPG.

Characters:  There is not much to say about the characters, becuase this is a 3 episode OVA series, many of the characters are not devloped enough for many people to make a connection with any of them.

Overall: Great addition to the .Hack series, I highly suggest that you watch this if you are a fan of the .Hack franchise.