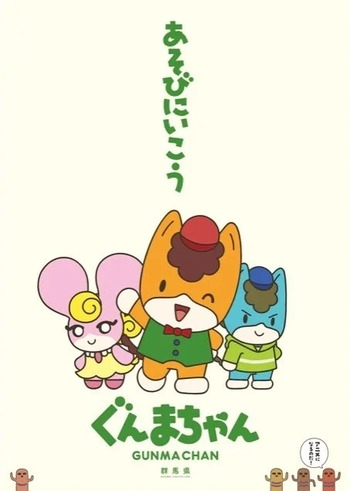 A human girl named Hanako is moving to Dandelion Town! All of the animal villagers are curious about this new human neighbor moving to their town. Fishing tournaments, part-time jobs, flea markets, and all sorts of fun events happen in Dandelion Village!

A world where humans and humanoid cats coexist. Cats are "cute" objects for humans. Hachisuke, a cat that is a little withdrawn, is not good at being loved by humans. We will tell you what Hachisuke feels and acts as a member of society. Gender, age, race, appearance, ability, title... The prejudice, prejudice, and expected role that modern people feel everyday in their social life.

The story of Nekomura, Japan's most famous housekeeper! With the appearance of a cat, Nekomura is being employed by an upper-class family. She notices everything that goes on in the house and she does not fail to intrigue. She is very hard-working, but she can't help but poke her nose here and there occasionally, and stumbling upon some secrets, showing the trials of the Japanese are not very much different than ours.