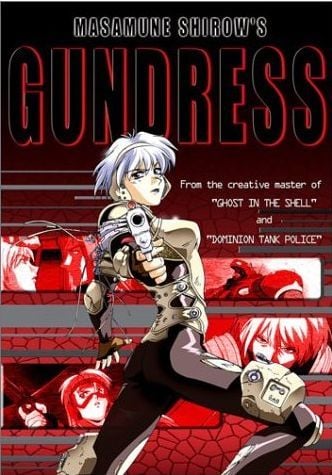 is almost the same plot with different characters

The power-armored mercenary unit Angel Arms could well be the Knight Sabers. Both units feature a cadre of women kicking serious ass. If you liked the cyberpunk action in Gundress, you're going to find a whole lot of familiar territory in Bubblegum Crisis, along with a more colorful series of loadouts and a similar asthetic. 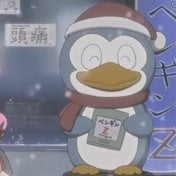 Watching Gundress reminds me of a cross between Ghost in the Shell and Bubblegum Crisis. Same sort of dirty cyberpunky atmosphere, plenty of fighting, the lead female who is the best at her job and as cold as ice and more

However, Gundress doesn't really live up to either of these series. I would recommend Bubblegum Crisis as a better alternative to Gundress. 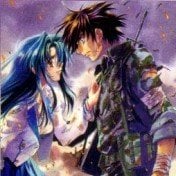 Both are futuristic mecha-ish anime featuring female with gun leads.  Also look similar as the original creator of Ghost in the Shell did the character and mech designs for Gundress.

Watching Gundress reminds me of a cross between Ghost in the Shell and Bubblegum Crisis. Same sort of dirty cyberpunky atmosphere, plenty of fighting, the lead female who is the best at her job and as cold as ice and more

However, Gundress doesn't really live up to either of these series. I would recommend Ghost in the Shell as a better alternative to Gundress.

Small unit dynamics, power armor combat, and a strong female lead are just as much hallmarks of Vexille as they are of Gundress. However, the flasher visuals of the more modern title and its tighter writing make it a considerable upgrade over this movie.

Earth is in terrible danger! From the depths of the ocean, Hell Queen V and the evil Mongool empire have risen, attacking Japan with a fleet of ships and monsters. Hope lies only with an unlikely group of heroes that must gather their strength and pilot four mecha capable of beating these foes. Can Tenpei, Jinta, Kenjou and Gensuke save the day, and the world?

Former soldier Shingo Hojo, French spy Remy Shimada, and Bronx gangster Killy Gagley aren’t exactly your “hero of justice” types. They’d rather be flirting, bantering, and goofing off than battling evil. But when the malicious worldwide organization Docooga attempts to steal a new, powerful form of energy called Beamler, they’ll take up arms to fight them... in the awesome giant robot, GoShogun! Now pursued around the world in their teleporting carrier Good Thunder, GoShogun’s piloting team must keep Docooga at bay while foiling their eccentric enforcers, righting wrongs and facing their past.