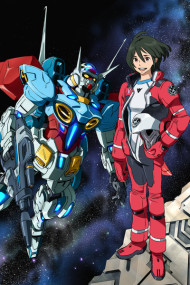 The new era begins! The turbulent era known as the Universal Century has ended. Now, mankind looks towards prosperity and peace in the new era known as the Regild Century (R.C.). One of the most important resources in this era is the Capital Tower - a space elevator which towers over the land connecting Earth to space. Its purpose, to transport the Photon Batteries the Earth relies on for power. It is worshiped as a holy place.Tasked with protecting the tower, one day on a practice mission, young Capital Guard cadet, Bellri Zenam is attacked by a high-performance G-Self Mobile Suit. Despite having never before encountered the G-Self, he feels a strange connection to it and its pilot, a space pirate called Aida Surugan.Little does Bellri know that he is about to uncover truths which will shake the entire Regild Century.

Welcome back Tomino. It has been a while since I tried to decipher a story thrown at me with as much force as dirt through a Dyson Vacuum. Gundam: G no Reconguista reunites not only Yoshiyuki Tomino with his crowning achieving of Gundam, but also gives us his compadres who helped with the character designs of Turn A Gundam and the same character designer and mecha designer of King Overman Gainer. But wait that is not all! It also is set in the old Universal Century (now living in a new timetable) to have fun with again.  Can it be watched without seeing the original series? Yes. Will it be confusing?  Maybe a bit. An example : There are a few key terms like Minovsky Particles which ruin communication/ long range weapons and radar to be used effectively and thus allow a certain fictional belief that Big ass robots are actually an effective measure on the battlefield.  (let’s face it, a two legged mecha is a giant ass target on a battlefield) There are other things like newtypes which might come in to play, and discussions of cleaning debris from the Universal Century where the elevator to space travels through. UC was the timeline in which the original Gundam was. Know only that this era, is set so far past Gundam’s original timeline, I doubt old nemesis or characters to have much to do with anything from older GD titles. So this CAN be watched without prior Gundam viewage, but I do warn that it might not be the BEST title to start your Gundam watching on. So, Story, where is a safe place to begin? Seems to be that the haves (The Capital) are at odds with the have nots over power… Actual power, like energy. The orbital elevator is already a target by Pirates and what appears to be a clever renaming of America called Amerias.  It is hazy who is the real bad guy, and that is OK by me. It is a hallmark leaning all the way back to Mobile Suit Gundam, where your bad guys are not always cut and dry. Especially later in Gundam series when black and white is grey.  But then we have one issue. Who is the audience supposed to at least have a vested interest in?  There is so much murky water, that I am not sure who to give a fuck about. It also comes at you like an unrelenting Labrador wanting to be pet. If you are not ready there is a lot to take in and not a lot of time to configure it in your head. It drifts off the rails about the 4-5th episode and only regains traction about episode 9.  And that brings us to Characters. The protagonist has no real goals to start, but is kinda creative and just does his own thing.  I think it would be refreshing to have a morally ambiguous character for a change, that could care less who was who and just chased after the “red” headed pilot of the Gundam in the title. The overall cast are too complex to be believed. they seem to flutter along making choices that do not have a pattern. At one point, hey let's help this side, in another, hey let's help that side. They are detailed in the eyes of the writers who assume you understand why they make choices.  Down right detailed cel drawn. Even the Mecha have an old school hand drawn quality to them. I am not sure how much computer touch-ups are done, but there are a few jarring moments that still show the difference of CG vs the rest. Any time they show the ball-system shuttle it looks odd and I am sure that it is computer all the way. These might be the only moments that are lackluster, outside of that, the movement, and interesting camera angles are fun and unique. Action:  this has no spot on thei score scale but I would flip a solid 7 or 8. I can feel the weight (or weightless ness) of the Mecha when they are in combat, and so far in each episode they have delviered at least some combat. They even go as far as showing damage to the Gundam itself, making it less daunting as indestructible.  The Sound is well done as in a mecha title, and the voice acting is solid enough. Title is awkward in delivery, and in unpredictability . Keep your eye out for characters running into walls, or into the top roof of a ship, or even falling oddly out of a two legged biped walker. For some reason Tomino has added a bunch of odd moments, and I can only think it is for his own pleasure. Overall, it is a muddled experience. If you want awkward Gundam situations, by all means check this one out. If you want a good experience for your first Gunda, I'd try a different one. 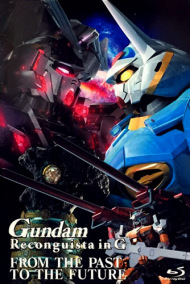 Gundam Reconguista in G: From the Past to the Future 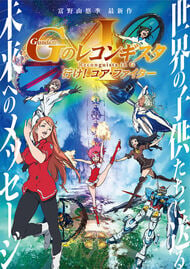 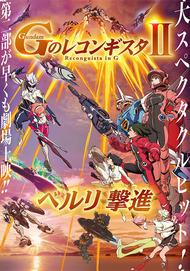 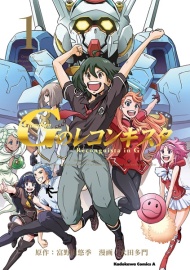