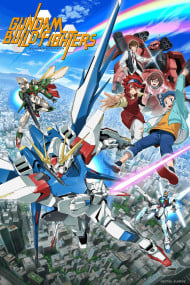 A Reason to Battle

Ah the Gundam series, first aired in 1979, still ongoing, has spanned numerous anime, manga, OVAs, movies and video games. The anime series are mainly politcal dramas but with mechs. Then there was the 90s cheesy series that I've heard both good and bad things about, mainly good. (The fact that it's cheesy doesn't bother me.) Anyway in 2013 Sunrise decided to take the franchise and make basically a kids show. Was it good? Well what are we here to find out about? It isn't science, the meaning of life or how hot this celebrity is. (I don't know much science, don't care for philosophy and I don't know anything about celebrities) Ladies, gentlemen and playboy Italians, my name is Ayanamisenpai and today we're going to be reviewing Gundam Build Fighters. (Well I am, you guys are reading this, HOPEFULLY)  STORY Sei Iori and his mom run a hobby shop based around Gunpla, figures based on Gundam. One day Sei meets a mysterious boy named Reiji. Reiji gives him a gem and leaves. The next day Sei gets into a gunpla battle with a guy named Sazaki. (MINOR SPOILER WARNING! I thought he was going to be the Gary Oak of the series but he ended up being the Youngster Joey) Sei is backed into a corner due to Sei's fear of damaging gunpla and Sazaki's overbearing fighting style. Sei then makes a wish on his gem and wishes to stop Sazaki from destroying his gunpla. Reiji then appears and kick's Sazaki's ass. Sei and Reiji then decide to battle in the Gunpla world tournament due to Reiji's excellent skill. Along the way they make friends and rivals.  ANIMATION I have only one sentance to say, It's 2013 and it's Sunrise, the animation is obviously good.  SOUND The music is good although there isn't much to say about it. The openings are good as are the endings. They pump up and excite. The voice acting is superb. My favorite voice goes to Saori Hayami as Aila. Mainly because Aila's my favorite character. I'm kind of worried about a dub. It'll be fine as long as 4kids don't get their hands on this series. (Which brings up another question, why aren't 4kids bankrupt already?) CHARACTERS Sei's a typical protagonist. I really can't say much on him or his love intrest China Kousaka. They are a typical romance, really. Reiji however is awesome. He just does what he wants and doesn't give a shit about anything. His relationship with Aila is the best in the series. (Yea, this series has a lot of pairings.) I'm not going to spoil what happens between them here, nor anywhere else on the internet but trust me, it's good. Aila is my favorite character because she has a lot of serious moments and then a lot of silly moments. There are a lot of heartwarming moments between her and Reiji. Later on in the series it becomes bittersweet, again no spoilers here or anywhere else but trust me, it's brilliant. When I said Aila was my favorite character there were probobly a lot of people shocked that Fellini wasn't my favorite character. Yes, he is cool. Yes, I do like him. And yes, I like him because he is a cool playboy Italian. His relationship is with Kirara, a singer. Kirara is the typical fanservice character but in a kids show, she's supposed to be cute and has her own catchprase of Kiraran. I want to do a description of Sei's dad but that's a spoiler. Anyway, the bad guys in this series are well, the guy from Team Nemesis, Nine Barts was intimidating and a dick. (And I hate his guts, a lot.) But the main antagonist, Mashihita is well, possibly retarded. He has childish tantrums and only cares about money and getting Sei and Reiji out of the competition. His assistant, Baker is a little bit better as a villian but she just does stuff that Mashihita is too lazy to do himself. Therefore, aside from Barts, the bad guy department is lacking. Anyway, for the protagonists, I actually ended up caring about them. (I cheered at episode 24) I hoped all would go well for them.  OVERALL This was a brilliant kids show. Yes, it basically is a kids show. It was fun to watch. I cared about the characters and enjoyed the story. I would reccomend this to anyone who wants to watch a heartwarming anime that doesn't take itself too seriously. Yes, I would reccomend this to Gundam fans, Casual, hardcore and die-hard. If you have kids, you should let them watch this. Simmilar recomendations I would make are, for people who love the mecha genre, Gurren Lagann, Code Geass or Neon Genesis Evangelion. For people who want to watch more child friendly anime, I would recomend Digimon or Dragon Ball. That's all untill next time. I've been and still am Ayanamisenpai. Stay awesome. Oh, follow me and I will follow back.

Setting:  Gundam Buid Fighters is not like all the other Gundam Series but it takes place in a world very similar to ours. You could say that it´s just a technological more advanced world than ours where they play gunpla battles (plastic gundam modles battles) with the help of an arena that makes use of plavsky particles. Story: While the story might in comparsion to some other animes not that great I nontheless think that it´s very good. It just really fits the anime and also the genre that you have to consider like what the anime wants to bring to you. It´s not a hard story to follow but it does it´s job and the ending is a bit surprising but in a positive way. Animation: The animation is really good and you will see a lot of battles where your eyes just shine if you like gundams or robot battles overall. Nothing feels like completely wrong and it´s a visual pleasuring anime to watch. Characters: The main caracters are sometimes a bit noisy and annoying but most of times they are just really fun to watch and listen to. Don´t forget their age when looking at their way of thinking and also how to behave. Something that could be better is to give some interesting characters more showtime. Overall: I found the anime really enjoying to watch and didn´t get bored at all! This does not happen with every anime and let me tell you that I did already watch some gundam series and so far I found the ones I watched pretty boring. But Gundam Build Fighters just make me tell my best friend that I found one Gundam Anime very awesome! If you like Robot Battles and overall good fights as well as toys that come alive and well as a story where you don´t have to think about it all the time then this anime really is for you! I personally enjoy emotional stories and these where I have to think a lot but this change was good now. Even if you are not a Gundam Fan give this anime a try since I was not  a Gundam fan at all but this really surprised me. PS: This is my first review ever so I don´t know if it was good or not but hey^^ My first step. 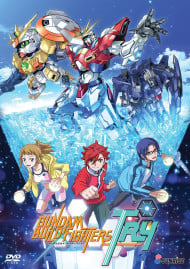 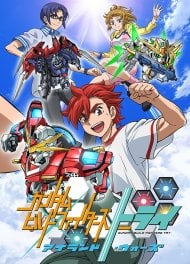 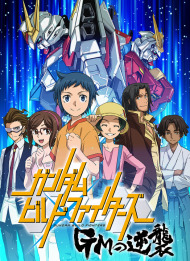 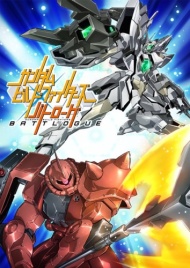 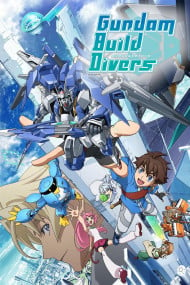 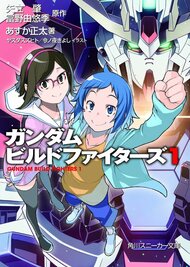 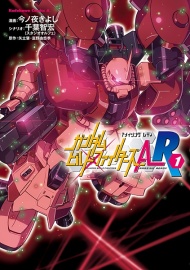