Alt titles: Aim for the Top!, Top wo Nerae! 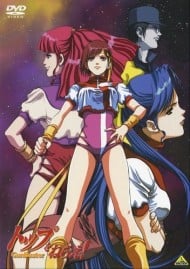 In the early 21st century, insectoid organisms are invading the galaxy, searching for new stars to house their young. Mankind's only defense lies with space cadets such as Takaya Noriko, daughter of a celebrated admiral killed in battle, and Amano Kazumi, the top of her class. With their skill and the power of the mecha known as GunBuster, the girls must help fight to protect the galaxy from total annihilation...

It’s not an easy thing to mess with expectations. If the pilot episode offers the viewer a basic image of what the show is all about, then he will expect for the rest of the show to be as such as well. Making a sudden turnaround to something different will most likely feel like an ass-pull and the average viewer will most likely be displeased if his expectations were formed up to then. There is of course the option of taking the viewer by surprise, by inserting events that seem out of place yet work just because he didn’t expect them at all. Although that usually works (the most recent example at the moment I write this review is Mahou Shoujo Madoka Magica) it still in effect counts as nothing shock effect that is there just to mess with your emotions as if you are a rug doll. Gunbuster is amongst the first anime that managed to find the perfect balance between a good story and an entertaining presentation. It is not an easy task that one can write down and offer it to all the rest so they can mimic the formula thereafter. Even after all these years Gunbuster belongs in a very small group of shows that pulled it off nicely, while most other shows were usually too serious and boring or too stupid and distasteful.The thing that makes this show good is that it is smart and stupid at the same time, thus it can appeal evenly to all types of anime fans (in this case I’m referring to the simple separation to hardcore type As and casual type Bs). - On one hand we have a show which did its homework and inserted lots of scientific information around physics in an attempt to excuse all its advanced technology. The fringe science is still improbable even with those explanations included yet you are made to feel like everything is based on something scientific and it’s not your usual magic dressed as technology. Even if you don’t try to reason everything, it is still nice info for the ignorant to learn a few basic things around astrophysics and time distortions. - One the other hand the show is full of guilty pleasure, such as cute/silly girls in tight uniforms, overblown drama where willpower is more powerful than nuclear bombs, as well as really epic in scale battles. You can just shut off your mind and enjoy the idiotically entertaining human pathos and the over the top action. Another great thing is that the show does not remain wrapped up in a repeating formula all the way. It starts as a weak war drama around a girl whose father is killed by aliens, then gradually turns to training to get stronger ala shounen, then to romance, and then to over the top mecha action. The transition from one genre to the other may feel rushed since the duration of the show is rather short but the excuse is there nonetheless, backed up by science and people growing up and getting wiser to make it far more plausible.The characters are another good thing. Although they are all quite simplistic as personalities, their roles are exploited to the fullest and not always in a linear fashion, thus their importance to the rather short duration of the show feels tenfold. The lead girl begins as the typical naive klutz unsecured girl that steadily needs to train and toughen up in order to take revenge and protect the planet. Her teacher becomes more than just a teacher. Her main female rival becomes more than a female rival. The aliens are more than they appear to be, the scale of the war gets out of control, and nothing is expected. By the end of the show, you will really get to like their simplicity, for they evolve to something entirely different than their introduction scene. That counts as character growth and even catharsis.Production values are also very good for their time, with high detail given to both character figures and backgrounds, as well as making the battles to appear super epic. The BGM is also good at transmitting the proper mood and voice acting is both full of cheesy dialogues around getting stronger, as well as explanations around the fringe science used in the story.Yet another thing is that the final episode is made fully in grayscale, and there are many still frames depicting the action. Not because of budget restrictions as much as artistic choice. A different director would have just made a crappy colorful finale but this one chose a far more melancholic, bittersweet feeling. I am referring to Hideaki Anno, who just like the finale of Neon Genesis he created a controversial conclusion with minimum funds, which makes it far more artistic and memorable for its unorthodox approach. It takes a genius to do this right and Anno is one. In all, this is a jewel in the rough; highly entertaining yet not completely retarded. It has a story that heads somewhere, characters that evolve, passion and intellect, an ending that leaves you wowing with its scale of action and unorthodox coloring. Not many managed to do all that. I can even say Tengen Toppa took pointers from it and Neon Genesis used it as a blueprint for its director to make something great out of something cheesy. Great stuff indeed. Me likes Gunbasta. Stoopid an’ smart at da seim taim. 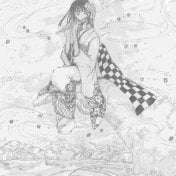 Gunbuster is by no means bad.  Its characters are likeable and its plot is interesting.  But, its main characters simply aren't that well developed, and for every awesome scene, there are long stretches of mediocrity.  Especially the first two episodes are quite trite, but later, there is definitely an improvement in later episodes.  I think the real problem this show suffers from is its short length, which simply doesn't allow the characters to become unique enough to sympathize with, at least to the extent the audience needs to for this to be a truly great anime.  For example, there is a character who shows up for only one episode, who greatly affects the mian characters actions, and I just couldn't bring myself to care about their relationship, because he was there for too short a time.  Having said that, these characters are charming, and even if we the audience aren't sure of their intentions, we do learn them by the end, without any dramatic reveals (for which I am grateful.)  They are realistic, and this show does explore certain implications of space travel, especially regarding time, in a pretty thought-provoking way. This OVA is old, but the animation. like the show, isn't bad.  The movements of the characters weren't jerky enough to be distracting, except a little bit near the beginning, and the breasts of our teenage protagonist are always rendered in magnificent detail.  The character designs are pretty, and the designs of the space monsters were creepy, but also beautiful in their own. I would recommend this show, but I wouldn't want anyone to go into this with the highest expectations, because I think you'll be disappointed.  I must admit that I don't understand why this shows up on so many poeple's favorite lists, but I was entertained, and I did end up feeling for the characters.

I'm going to be short. The premise, the science, the story overall were great. Enjoyed it to no end. I almost dropped it and didn't pick it back up though, simply because the two main characters did nothing but cry. When one wasn't the other was. It's that simple. This might just be me, but I couldn't bring myself to care about either of them because they were so easily broken. That being said, I will probably watch it again at some point. On a side note, I'd like to know where they got their math done for time dilation... the numbers didn't seem right. 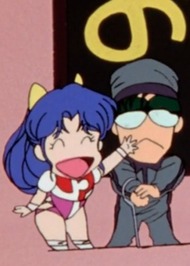 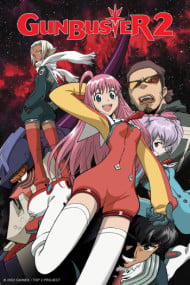 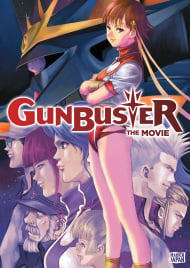 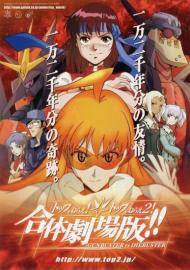 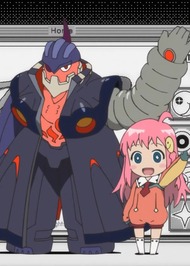 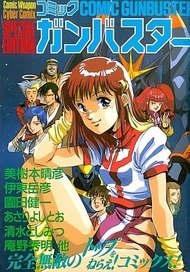 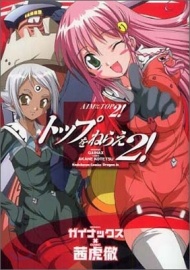