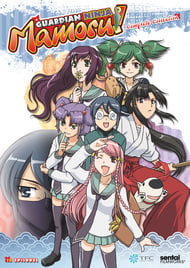 Yuna and Mamoru have been friends all their lives, and know everything there is to know about each other. Well, except one little thing... hiding behind the nerdy glasses and lackadaisical appearance, Mamoru is actually a fiercely trained ninja – the youngest of the ninja family who has been protecting Yuna’s family for 400 years! The air headed Yuna believes her "Mamo-kun" is just a childhood friend, who coincidentally has lived beside her all her life... even when they moved! But while deceiving Yuna is easy enough, protecting her is another story. Can Mamoru keep the disaster-attracting Yuna from danger, while keeping his cover?

StoryThere is a place in everyone’s diet for comfort food. Whether it be a functional fantasy OVA like Ruin Explorers or a serviceable moe comedy like Kanamemo, not everything produced can or intends to touch greatness. Kage Kara Mamoru slides easily into this general bin, forfeiting any minor ambitions in order to become a security blanket of competence. And for the most part, it works. In Kage Kara Mamoru, the title character--an unassuming teenage milquetoast by all appearances--serves as successor to his (the Kagemori) family’s prestigious 400 year history of protecting their clumsy and vacuous neighbors, the Konnyaku family. Of course, to create tension, clan of unstoppable ninja assasins cannot let their charges know that they benefit from the aid of an army shadows. As a result, Mamoru has grown up alongside Yuna Konnyaku, shielding her from all harm and ensuring she remains none the wiser. Nearly every episode save the last three focuses on an isolated danger that befalls the hapless waif, establishing a familiar scenario and allowing the hero to perform a daring rescue in full ninja regalia. By itself, this formula makes for the best kind of relaxing viewing this side of Lucky Star or K-On!. In addition, because this is comfort anime, Mamoru’s protective exploits rapidly earn him a stable of energetic admirers from central casting’s B-list. And their tension both with the protagonist and each other provide some much-needed distraction from the glacial (read: non-existent, but strongly telegraphed) romantic development between the two leads. Everything here fits snugly into its expected place, but the show’s low expectations for itself rob it of any lasting power. Sure, it knows that it offers you an opportunity to know what’s going to happen at the end, but unlike the savvier Muteki Kanban Musume, Kage Kara Mamoru doesn’t attempt to surprise you, or subvert that knowledge for additional humor. Instead the script skips forward, satisfied with managing to get to the finish line without significant falling on its face.AnimationKage Kara Mamoru suffers heavily from its middling production values. The plain but occasionally charming character designs warp and deform from scene to scene, turning touching moments into painful eyesores. And the show only does the barest minimum during its action sequences, using still poses and speed lines at every opportunity. Given the lighthearted and unserious plot however, the journeyman animation detracts little from the show's overall experience most of the time.SoundMamoru’s whine suits his general state of disinterest and annoyance, so Atsushi Kisaichi can be excused for doing the entire role through his nose. Sadly, Mai Nakahara (who can steal a show with gusto or endear audiences to her character with equal ability) has little excuse for making Yuna into a shrill siren that assaults the ear drums every time she opens her mouth. Given that her character spends so much time on the screen it becomes increasingly hard to overlook this performance as the series drags on. The music, however, remains blandly competent--that is, minus Yuna’s earworm, “Banana, Banana”, which is one of many songs that is both utterly atrocious and impossible to get out of your head (think: anything by Ke$ha only with less auto-tune and more intelligent lyrics).CharactersMamoru represents a significant detour from the typical harem lead--competent, caring, and prone to real anger (though never directed at Yuna)--and therefore actually possesses redeeming qualities that should draw a classroom of love interests. His attitude of constant annoyance sets him up well for the inevitable change of heart that occurs at the series’ end. In contrast, Yuna is a waste-of-breath that makes K-On!'s Yui seem like a beacon of responsibility and skill. She serves well as a prop (basically a briefcase which Mamoru is constantly rescuing), but hard to believe as an actual, independent person. That the other girls can’t admit to Yuna why they find him attractive adds a touch of additional zest to the equation and WOULD make for an entertaining dynamic if each of the girls didn’t immediately flatten into a single character trait in an attempt to play their foibles for maximum humor. As a result, no real group interaction develops (unlike Kanokon where the ensemble helps the show function in spite of the gobs of mindless ecchi). When the script forces the girls into proximity with each other, however (like the crazy alien episode), they do synthesize some amusing moments when they all try to deny their feelings for Mamoru.OverallKage Kara Mamoru sets itself up as a clever spin on a tried-and-true formula but only manages to make a competent harem adventure. Though it suffers from some inconsistent production values, its to entertains so long as its viewers turn of their brains and should be a solid title for any fans of the harem genre.

I feel a little bad even writing a review since the only other one is of a much higher quality. That beng said, this was a fun lighthearted anime that I really enjoyed. I do think this anime needs the harem tag, its not eccihi like every other harem i've seen but it's definetly a harem aniime as I understand it. There are 5 girls in love with the MC, although he never seems to express a romantic interest in any of them, there are classic harem scenes of girls bickering over giving him food or being upset that one of them was alone with him.  The art stlye felt more like a 2000 maybe 2001 show if not earlier, its not awful but feels very dated even for 2006. All in all its a good anime to watch for a few laughs and relaxing in between shows with more impact. 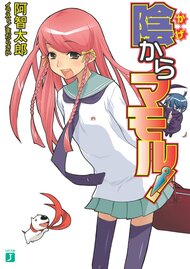 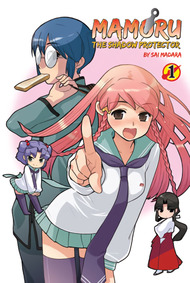 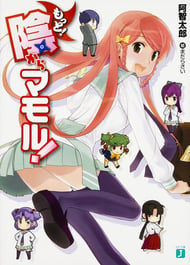