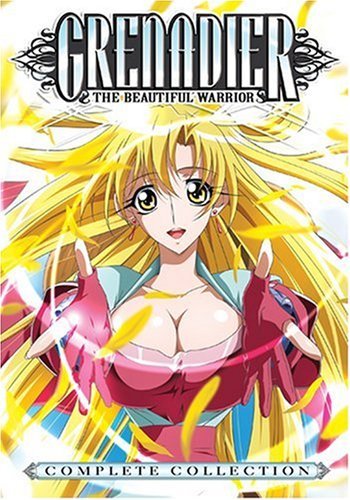 In an era where guns are replacing swords, samurai are desperately trying to keep their ideals alive, though many become honorless mercenaries in desperation. Yajiro Kojima is one such mercenary who led an average life until running across the beautiful Rushyuna Tendo, an expert gun wielder (known as a senshi, or Enlightened One) who upholds one ideal above all others: never kill, simply destroy one's will to fight. Together, the duo travel the world encountering dangerous enemies and bathhouses galore, all while removing their adversaries' "armor" with a smile!

Grenadier is the smutty daughter of Trigun and Rurouni Kenshin. It has the same theme in it (fighting for something, either honor, peace, or ambition) and at the same time it has lots of brainless fan service in the form of nude and action. Although most such shows have only an excuse for a story, this one in particular is occasionally trying to focus on its theme in ways that are somewhat smart. So the story begins with swordsmen being wiped out by modern weapons. A survivor of them meets a girl who happens to be a master gunner with the title of Grenadier. She is on a quest to clear her name of accusations regarding treason and at the same time doing her job as a defender of the land. So the two of them roam the land, trying to get to the capital and confront the queen who seems to have gone mad and left the kingdom to rot. The premise is indeed catchy and the show does not drop it a few episodes later for aimless softporn and storyless adventures. It sticks to it and offers a solid ending; something most such anime do not. At the same time it is not deep or complicating; it is still full of silly action, over the top nudity, and tired jokes. So it tried to be a bit of both and was left stuck in the middle, something most viewers do not like because they would rather have an extremity of one or the other. Ι for once didn’t mind that much.The setting is also eye-catchy on a basic level, as it combines all sorts of cultures, from Wild West, to feudal Japan and hints of medieval fantasy. This expands to the soundtrack, which is a blend of western, Japanese folk, and J-pop. The production values are not great in terms of animation or outlines, but as far as decorations and details are concerned, they made a fine job. Unfortunately the above will go unnoticed for most, since they will most likely be looking at huge boobs, bath scenes, and weird duels between superhuman gunmen. There is a ton of guilty pleasure in every episode that will most likely overshadow all its attempts to be smarter than the usual. The action scenes are actually very good for this sort of anime and even follow a sort of internal logic, as well as basic strategy. Of course you should not try to rationalize anything because they are all pretty far-fetched. The heroine can dodge bullets by spinning around and reloads her gun with bullets that pop out of her breasts. Yeah, oozing creativity used for wrong reasons…But beyond that, each fighter in the show has his or her own personal style and even sort of lives his or her life based on it. It is not just for show but also a way of life. Nothing complicating but at least it fits to each one of them. My favorite part is the brothel which aims to make men less violent by removing their guns (and clothes). Past that, there is no actual character development for anyone in this show, past the young samurai who wants to avenge his fallen comrades, even if it costs him his life. Since all other Grenadiers have reached the peak of their skill they have no room for development, and the ephemeral goons they fight are just too dumb to matter. He alone though was not that strong to begin with and being dragged on a quest of vengeance with little value to his life meant for a lot of interesting things to happen that flesh him out in a nice way. Although not a great show by any means, it is occasionally shows a few interesting concepts that remain constant and the action is not bad for what the show is all about. Just don’t expect an amazing story or memorable characters.And now for some excused scorings. ART SECTION: 6/10 Analysis: General Artwork 1/2, Character Figures 1/2, Backgrounds 2/2, Animation 1/2, Visual Effects 1/2 SOUND SECTION: 7/10 Analysis: Voice Acting 2/3, Music Themes 3/4, Sound Effects 2/3 STORY SECTION: 4/10 Analysis: Premise 1/2, Pacing 1/2, Complexity 1/2, Plausibility 0/2, Conclusion 1/2 CHARACTER SECTION: 5/10 Analysis: Presence 1/2, Personality 1/2, Backdrop 1/2, Development 1/2, Catharsis 1/2 VALUE SECTION: 2/10 Analysis: Historical Value 0/3, Rewatchability 0/3, Memorability 2/4 ENJOYMENT SECTION: 3/10 Analysis: Art 0/1, Sound 1/2, Story 1/3, Characters 1/4 VERDICT: 4.5/10

Take Trigun, swap out about 75% of the "cool" factor and 50% of the drama factor, and replace it with ecchi and fanservice (and perhaps a touch more comedy that stems from the ecchi), and in a nutshell you have Grenadier. For viewers who haven't watched Trigun, all this means basically is that it's all but impossible to not notice the fanservice (I mean, it's a key element in how Rushyuna reloads her gun o_o). This is not to say that any of the other factors I mentioned above are absent from the series. The drama in the storyline is not totally lighthearted, and there are a fair few moments where the characters take a moment from their ecchi routine to kick some butt in style (even if said butt ends up being fanservice later). The only thing that will differ between viewers is whether they'll like the presence of fanservice, or whether they'll find it utterly tasteless and distracting from what's going on in the plot. And it can go both ways. I personally don't mind ecchi (I am a healthy young man), and while I don't think it's particularly necessary at certain points in the story, I'm not the sort that gets distracted from the story taking place by a second or two of melons being flashed. However, not everyone is like me. If you dislike ecchi in your drama, take my advice and try another series first. Character-wise, the two main leads are pretty strongly developed. Perhaps not as strong as Vash was in Trigun, mind you, but they still have their own motivation, and their own reasons for moving forward, all ecchi aside. Complementing the two mains is a somewhat hefty cast of side characters, some which play a major role in supporting the two, and others that will make you wonder why the makers bothered introducing them at all. At the least, the screentime of such characters is kept to a minimum. In the end, I'd suppose the series was enjoyable. At the same time, I feel like a lot of anime fans out there simply get turned off by the presence of ecchi (no pun intended), and while it's totally understandable, it's also unfortunate, as there are quite a few series out there that hide good storylines under their exteriors of fanservice shots. If you're not a hater of ecchi, I'd recommend giving this one a chance. 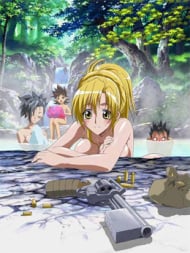 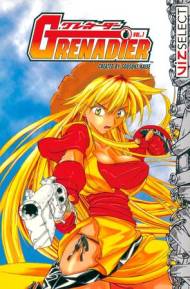