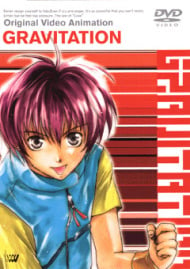 StoryThough produced before the Gravitation TV series, the Gravitation OVA takes place chronologically after the TV series. Thus, if you haven't watched the TV series, stop reading this review right now (due to potentially mild spoilers), and go check it out. If you have seen the TV series, read on... The Gravitation OVA takes place very soon after the end of the events in the TV series (which left us feeling like we'd seen something very open ended). Yuki is back to his shenanigans and is treating Shuichi coldly, much to Shuichi's dismay. Plenty of whining and melodrama follow, mixed with the semi important plot that involves Bad Luck, Shuichi's band. A festival is coming up, and Bad Luck are scheduled to play... but so are their rival, Nittle Grasper (who the hell comes up with these names?). As if the competition wasn't fierce enough, Shuichi finds out that Yuki wrote the lyrics for Nittle's song! *Insert crying and angst here*. That, unfortunately, is the entire extent of the plot. We see plenty of daydreams from Shuichi where he envisions Yuki telling him how much he loves him, lots of whining, clinginess and crying, and an extremely heavy dose of angst in general. Quite frankly, I'm not sure why the other bandmates didn't just bitchslap him across the face like the little girl he was acting like. Surely that would have made him stop nagging and whining so he could focus on the band, and how the band could improve before the big day. But nooo, they decide to let him pout and cry instead. This was just irritating, hands down. I was hoping for the OVA to give us a bit more romance or more closure that the TV series didn't give, but instead it ended up being Whiny Mc Angstface hour with Shuichi, aka guy-who-acts-like-he's-a-14-year-old-rejected-for-the-first-time. GROW UP, SHUICHI, and stop bitching all the time. It reminded me of Fushigi Yuugi in a way, at least as far as the high amount of "I want to stab myself in the face to stop seeing this whiny person complain" parts. Thus, an average story (as far as the band getting to play) that was absolutely ruined by the lack of decent romance and an excessive amount of Beverly Hills 90210 garbage. AnimationVisually, the OVA looks a bit different from the TV series, mostly in the character designs. Shuichi had dark red hair instead of pink, Yuki's hair was a bit darker, and their keyboarding bandmate looked very much like a girl. I prefered the more mature look the characters had, and the colors seemed a bit more reasonable and realistic in general. I don't recall seeing any CG throughout the OVA, or any other special effects. As with the TV series, plenty of chibis and deformed moments occured, due to the attempts at humor (though these also happened a great deal during the whining scenes). Great animation, though not absolutely stunning or anything. SoundAs far as the audio, like the TV series, the tunes were dominated by JPop. Once again, we heard the same song from Bad Luck that we heard throughout the TV series, but unlike the TV series, we also heard (gasp) OTHER SONGS from the band too! This was incredibly refreshing given the lack of choice in the TV series. The rest of the music was synthy and appropriate, but forgettable nonetheless. Decent music, especially with the Jpop, but nothing fantastic. CharactersOnce again, the characters failed to impress. Though this time, I'd say they got even worse. Shuichi de-evolved into a completely spineless, gutless, and completely self conscious vat of tears. I felt like throwing platefuls of cheese at the guy to go along with the whine, he was easily one of the most annoying characters ever. His band members seemed complacent to anything annoying Shuichi would do, and needed to grow backbones as well. Yuki was manipulative as ever, but he wasn't really developed much further (though, there was no development with ANY of the characters, for that matter). The relationships seemed shallow and uninteresting, even though I'd seen 13 episodes of story and "growth" already. OverallOverall, I didn't enjoy the Gravitation OVA. Watch it if you want to watch anything related to Gravitation, but don't be expecting a conclusion or anything worthwhile as far as the story, their romance, or the characters in general. Shuichi totally ruined the mood with his whininess and irritating personality, and there just wasn't enough going on to keep me interested in general. Unlike the TV series, where the band story was just as prevalent as the romance, it seemed like the OVA was 95% romance (or whining, that is) and 5% focused on the band. All in all, not very enjoyable in my eyes.

Is it weird that I love the Ova more than the actual anime? But yes I lovvvve it so damn much. The possessive behaviour of both Shuichi and Yuki and the beautiful reconcilatio at the end, it damn awesome. And oh, it funny. You can't watch it without rolling about on the ground. 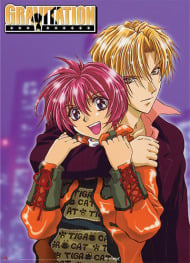 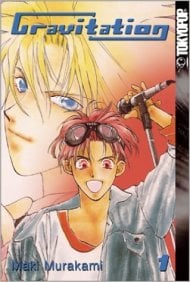 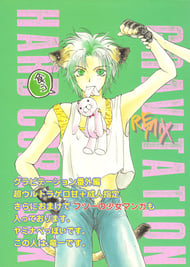 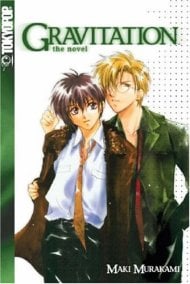 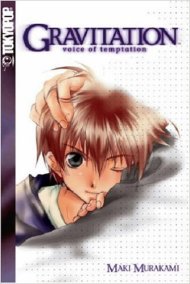 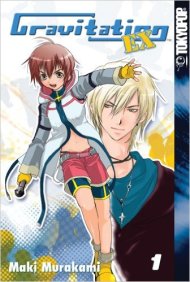 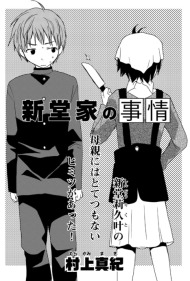