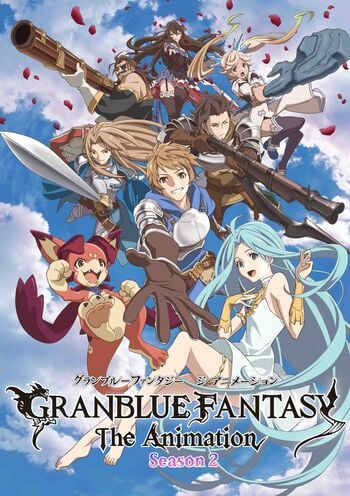 Let's start by saying that Mappa did a pretty solid job in following up A-1 Pictures for the second season of Granblue Fantasy because that's no easy task. The lines may have gotten a bit sharper but the characters and its world as still incredibly colorful and gorgeous.

Some of the story arcs will be more impressive than others. some will be quite a bit darker in tone too but everything still feels like it could belong in one of the upcoming JRPG games. Travel from island to island, picking up quests and make friends along the way. The new villains are a lot more ruthless which balances out the goofy villains we've already had.