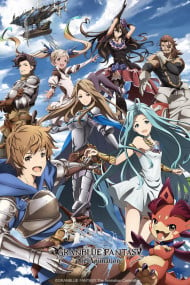 The Veil is Lifted

Horizon in the Clouds

Showdown on the High Seas

Granblue Fantasy The Animation also known as the flying lizard anime (this is the third time I'm writing this review because my F*CKING LAPTOP STOPPED WORKING) *sassy spoiler alert* writen by someone who is not a native speaker and has dyslexia lol - first episode review -  First things first, what the f*ck is the flying lizard, it's totally uncute (#myopinion lol). So moving on, Granblue Fantasy reminds me a little bit of tales of zestiria maybe because of the fantasy stuff (wow, much explanation, good job mara!). I never seen an anime before with this kinda animation style, but i like it. the episode starts of with two girls running from some soldiers and then some stuff happens with a chrystal, and glowing eyes bla bla bla. one of the girls falls from the ship. then the girl is found in the forest by some guy who called gran bla bla bla. the girl get found by the same soldiers who where chasing her, the guy obviously protects her and just stabs the soldiers down with one strike. I dont know what to expect from this anime because it is based of a mobile game, but I think that this is going to be a cliché fantasy anime...  or maybe not...   Okay, so i am watching ep 12 right now and i'm confused as f*ck every 5 seconds a new character gets introduced and the anime becomes shitty. and the're is literally a f*cking sharknado in this anime. I AM SO DONE   my conclusion; this is a cliché adventure anime with a stupid lizard and a annoying loli! ps. Of course i know the flying lizard is a dragon (I'm just being sarcastic)

Might be somewhat generic fantasy, but at least it’s well made generic fantasy. The story is left unfinished, I want to play the PS4 game so bad. Lacks world building/explanation, learning about the different races and magic would have been appreciated, also what exactly was Vyrn? And why could he talk?   Good story, a bit underdeveloped but has potential. Great animation, lot's of flashy fights and not many still images. Sound is good and suits the fantasy setting. Io's voice is pretty annoying. Characters are good, although side characters are quickly forgotten. Gran being made captain doesn't really make sense, beside him being the Protagonist.   A even more generic fantasy would have transferred the powers/life force through a kiss. Why are some summons humanoid females, but others not? (I'm not complaining, just consistency would have been nice). Goblins and other monster races exist, but even when the party runs into them, they don't acknowledge them, they just fight them off. No one asked about the under water buildings... Lyria finally summons, in episode 11 Episode 12 introduces 9 new characters, but only one of them gets named.   Episode 13 genderbends Gran into Djeeta and is separate from the first 12 episodes. This time everyone joins the grew, literally. Also functions as the beach fan service episode. Djeeta is also infinitely more skilled and badass than Gran.   Bonus stuff for people who like bonus stuff: Lyria has amnesia cliché. Gran wants to find his dad cliché. Indiana Jones hat save scene. Lyria, a tool of destruction has an existential crisis. Rosetta is Gran's fathers old friend, what a twist. Coolest moments Gran dunks a bomb like a pro. Gran drop kicks baddies face like a pro. Djeeta deflects lasers and one shots enemies. 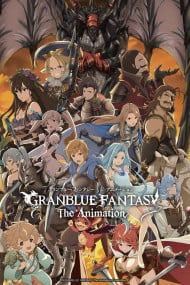 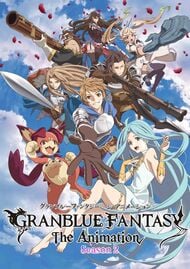 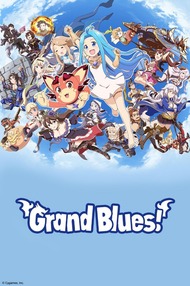 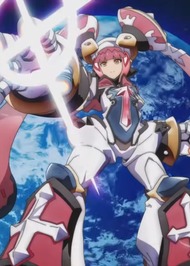 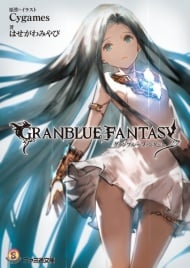 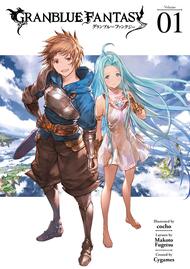 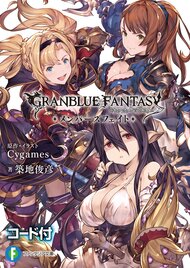 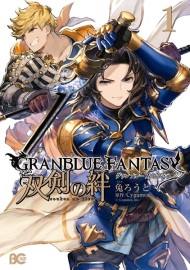 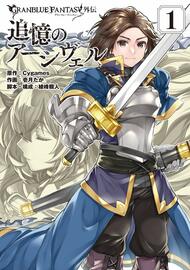