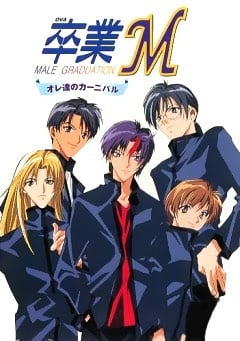 Kazuya Hasukawa is distraught. Having just lost his first love to his older brother, he is unable to cope with the beautiful new wife in the household. Moving to the prestigious Ryokuto Academy, he finds he has been assigned to the Greenwood dorm - the home of the school weirdos and rejects. From a gender confused roommate to an adventure through a fantasy world, Hasukawa's dreams of a peaceful life are shattered!

Song of Wind and Trees

When nobleman and gypsy-born Serge Batouille arrived at Laconblade Academy, he had no idea his life would change forever. Upon arriving, he is roomed with the sexually-voracious and flirtatious Gilbert Cocteau, which ensures that life at the prestigious school will dole out more complications and confrontations than either boy has dealt with in the past. Together, these two young men brave love, growth, and the pain of youth, all while growing closer together than anyone would have thought...