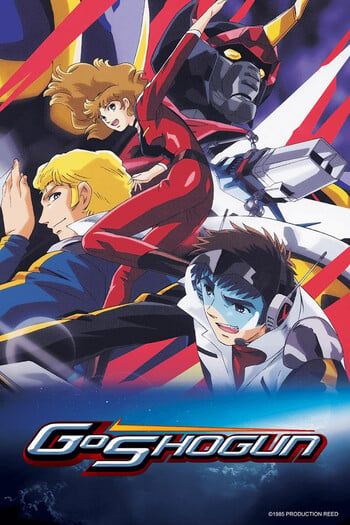 When a problem arises, DICE is called to the rescue. And when their special training and skills aren't enough, they rely on their Dinobreakers, which can transform from Vehicle Mode to Dino Mode, to help get the job done! Always on call, always on alert - DICE is ready for action!

The year is 2100, and the place is Bayside City: Japan's premier international port. In this place, the Angel Arms Company is a group of six women who are brought in to take care of situations that more official authorities can't handle. Their most recent case is to protect the crime lord Hassan, in hopes that the information he possesses will bring down a global terror ring. In an attempt to take both his life and the lives of the Angel Arms Company, the terrorists turn to a newly-hired expert to lead their operations. To make matters worse, the terrorists are armed with the military’s latest weaponry, and their leader has a history with one of the members of the Angel Arms Company. Who will prevail, the terrorists, or our heroes?

When Hiro Taikai found a gold lighter near the river one day, he had no idea that it was actually the Golden Warrior, Gold Lightan! Able to transform into a powerful giant robot, Gold Lightan is here to put a stop to the evil and insane robot King Ibaruda, a sinister foe who intends to take over Earth, and he needs help to do so. After Hiro and his friends are nearly killed by a mechanized minion of King Ibaruda, the gang vows to help Gold Lightan’s team foil King Iburada’s nefarious plans. Who will win this battle for Earth?

The story is set in the future when a new threat attacks humans just as they are expanding their presence into space. Now, an enigmatic entity from 17 years ago has been set free, and the name of the entity is Justeen.

Eden 1 rules 50 planets throughout the galaxy. With the aid of his two faithful retainers Duke Sukedo and Baron Kakusu, Prince Mito decides to undertake a royal inspection tour of the planets undercover. However, the empire is a dangerous place and is plagued with vice feudal lords and corrupt space merchants, as well as other evil people. Using the royal family's weapon, the combining robot Daiohja, Prince Mito punishes any kind of villians that are within Eden 1's empire.