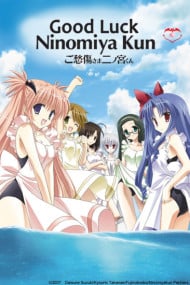 StoryHarem series usually don't get much better than the characters that compose them and the situational aspects that they explore.  If it's your genre, then you're more likely to watch it not just for the characters themselves, but mainly the element that it expands upon like comedy, romance, etc. So what does Goshuusho-sama Ninomiya-kun offer to the genre? Over-the-top laughs and situational humor, at least for those who really have much to like from this genre, provided you can stomach anything from bust jokes to yaoi manga to general hints at fanservice. One shouldn't expect too much from the story, much of it is pretty situational and only a few episodes revolve around the overall series question: to whom did Ninomiya make his promise some odd number of years ago? The story revolves around Ninomiya-a highly trained combative expert who happens to come across an alien girl, Mayu, and her brother. Mayu seems to be a sweet klutzy girl on the surface, but in reality theres one slight bit about her that deviates from the norm: she's a succubus - meaning she can suck the life energy from the men who surround her...yet she also attracts hordes of men with her succubus powers.  To complicate things further, she has an intense androphobia that makes her agitated when she's surrounded by the...crowds. Mayu ends up taking Ninomiya as her bodyguards and living with him.  Add to the insanity Reika Houjou, Ninomiya's class president who also comes to live with him to keep an eye on Mayu...as she's none too happy about Mayu hanging around him.There were parts of the series that entertained me and I liked it overall  a little more than I thought I would coming into it-everything from the "ramen" mission to the island episode, even to the ninja chase, but the collective series itself is pretty standard harem romantic comedy with only a few twists and none that one who seasonably watches this genre couldn't predict.  Most of the episodes themselves are standalone and only loosely intertwined save for a few when talking about Ninomiya's memories and explaining the backstory of the characters, but it comes very late in the series, and it falls into what happens into series of this type-the story's left for the very last bit and clumped together.One thing I did like with this series was the situational comedic shorts that began with each episode, some of them were actually better than the collective story itself for entertainment value, but then again, it also depends on your taste of humor. I would actually watch Ninomiya-kun again, but I wouldn't say it's a series that's the best of its kind, very standard, but enjoyable if you like series of this type. AnimationI didn't like the character designs in Goshuushou-sama Ninomiya-kun all that much-it's better than most, but not quite up to par with some better series (Kanon 2006, Clannad) in the genre, and perhaps because it wasn't a clear cut transition from manga to anime as well as it could have been. The action scenes, compared to other series with this focus, were not up to par, but this is very much a romantic comedy series, so I don't think it was as much of a focus. The cel backdrops and overall set designs were good overall, so that's one thing I'll give the series credit in this end. SoundThe music for Ninomiya-kun might actually be the best overall aspect of the series for the most part.  "Yubikiri" is a very catchy J-pop electronically oriented theme that once it gets stuck in your head, you can't get it out.  I actually really liked it and the opening animation that went along with it.  "Furefure Ponpon" is equally catchy as an ending theme, but I'll admit it didn't catch on to me as much as the former.  BGM seems standard and works well with the scenes, particularly with the series' focus on comedy.Voice acting was also of note as each VA defined their characters well-many might recognize Mai Kadowaki (whom has had many, many harem roles) as Mayu. I'll admit the voice acting wasn't so much stand-out to me as it just had a proper "fit" with the series schematic. CharactersThe characters for Ninomiya-kun are likable but really don't exceed among that, I imagine those who might enjoy series of this type might think Mayu your typical cute, busty klutz and Reika a bit of a tough-as-nails character...all while sporting a maid outfit. Yes, quite cliche in construction as well as presentation. Yet there really isn't much more to them that are memorable aside from the situational predicaments they find themselves within.  Ninomiya-kun isn't a bad male lead for a series of this type, not at all.  He does fall into typical male cliches (i.e. "accidentially" bumping into Mayu on several occasions).  Those three were pretty much the main cast alongside the secondary characters, whom made the series fun in the situational aspects, but otherwise weren't that memorable.  I did like the VA for Mayu's dad, as I recognized him from a number of other series and found his character bring enough humor to make him stand out among the secondary cast. OverallOverall, there were parts of Ninomiya-kun I liked, but I would say it's a pretty standard ecchi romantic comedy. 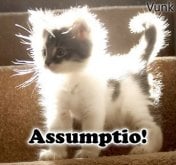 Some funny moments, some ecchi moments, but with a horrible plot and too many cliches.Funny thing that there was that many succubus (fake succubus, you know, the succubus of this anime is the worst of all animes and stories...and most funny, even men are succubus... yep, Incubbus does not exist in this anime) and no other youkais.. JUST succubus... and of course, 2 guys (and 2 girls) with unhumanly strenght and speed...And seriously, Tsukimura Mayu should've died at the end, then I could give at least score 6... 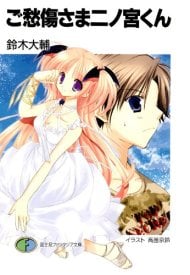 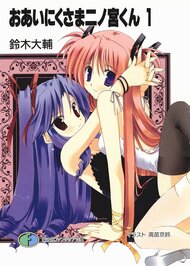 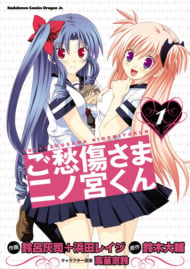