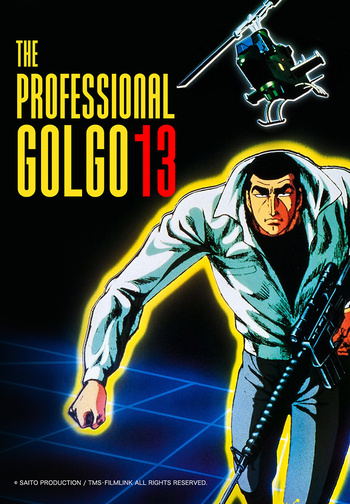 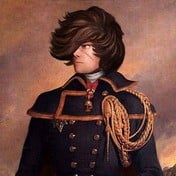 I have some nostalgia attached to this character, and I too played the game on the Nintendo (but enjoyed it). If you weren't alive when this was released, you probably wouldn't like the anime style. It's old, and the director uses lots of techniques from 70's cinema - psychedelic angles, etc.

Golgo's character is great! He's almost inanimate, as he should be. Even in the heat of sex, he's like a statue. Pleasure or pain, his face reveals nothing. What's he trying to express? "I wish I had some chips?" or "Oh, this is the best sex/worst pain I have ever experienced!" Nobody knows.

The villains were great, if extremely shallow. A couple eminded me of some of the characters from Terasawa's manga (Cobra, Goku, Midnight Eye).

Take it with a grain of salt, you might enjoy it.

*The oldscool CG scenes caught me off guard.
The amount of time they must have spent to create them and mix with the cels must have been fairly extensive.

This was a pretty good movie considering it came out back in 1983, even by today's standards it still it pleasing to watch.

Problem with Golgo 13 as always is its very basic story, just a moderate string of events that lead up to the final battle scene, it does have some nice mystery benind it, like it does take you a while to figure out who the main villan is, but, once you do, its just a race to to the end.

It is however, kind of well presented the animation styles used made you feel like you were watching something very sophisticated (although it really wasn't).

The huge problem that would make people hate this movie was its very poor characters, they were utterly boring. Normally I would give a show like this a 3/10, but the reason I gave it a 7 was that it had very mature themes, that made it really realistic and to some extent relatable to real life scenarios. To the one who aren't bothered by how realistic an anime is, they might give it a 3/10 due to maybe in their minds a lack of creativity. I, do like watchimg anime that is realistic, gives it a nice feel to it (I would make a few exceptions to anime that push foward very creative ideas).

The point is, if you dont dig into anime that is realistic then don't watch this.

Kind of 70s-80s typical animation, the movements are well detailed, mst of the scenes have this kind of effect the director uses that make the anime feel sophisticated, gives a nice feeling to watch it.

Battle scenes are quite boring, they are slow paced and the outcome is obvious.

Kind of 70s jazz/blues music if youre into that you'd probably like it, it did fit very well with the class this show has, like this show is about assassins the music fits it good.

The voice acting both english and japanese was very good no problems there.

Other that Duke/Golgo 13 everyone else was kinda lame, I mean even Golgo 13's character had no depth but he did behave in a mature way making him a really cool character to watch. At times Laura appeared to have a deep personality but was ruined because she left the scene and makes very few appearences.

The villans were paper thin no depth, I really didn't care if they lived or died.

Good stuff, but if you are not so into realistic anime then don't watch, other than that feel free.