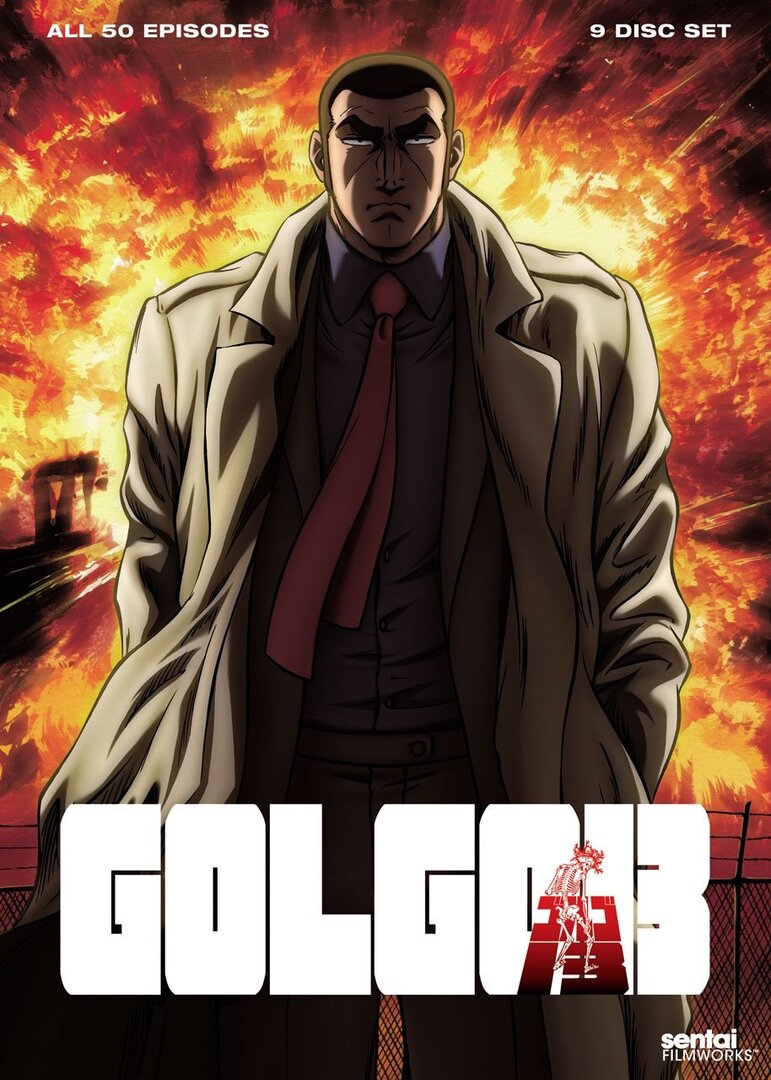 Duke Tougou - otherwise known as Golgo 13; he's loved by the ladies, hated by his enemies, is enamored with firepower, and can take out a target from several kilometers away. With an arsenal of weapons at his command, Golgo 13 is hired by a variety of people to take down hijackers and more - but he also must protect himself against those who want to take down the legend himself!

Golgo 13 revolves around and assassin called Duke Togo with GODLIKE precision who accepts jobs from clients and in some cases has to escape from a lot of enemies, cops etc. It dosen't get much deeper than that and its an episodic anime so don't develop a bond to each of the secondary characters because they only make one appearence. Story Considering the manga came out way back in 1968, yes the story is very basic and predictable, what I did like a lot was the manner in which it was presented, the entire episode progressed perfectly and in a lot of cases a huge amount of suspense was built up, but it comes crashing down due to its obvious outcome, Golgo 13  always kills the target. Another good thing about this is that is intended for very mature audiences, it is very realistic (except Golgo's godlike skills), it carries a lot of mature themes which is very relatable to real life. The thing is the plot has no apparant depth, its neatly presented but that is all, I would have actually liked to see a nice story digging deep into Golgo 13's past to show why he is the way he is an a overall story not like taking down mafia bosses every few episodes. There are a few cleaver episodes however that show the cunningness of Golgo 13. Animation This was made in 2008, but it looks like something made in 2004, Im guessing they had a tight budget but the overall animation was very enjoyable. The atmosphere reminds me of Monster very grimm and dark. The character designs were very realistic, which was really nice to see. The fights were very basic nothing too flashy, very down to earth realistic. Well as far as realism goes Golgo 13's skills were really exaggerated, I mean he took shots in harsh wind conditions, from kilometres away, low light intensity even in one episodes managing to curve a bullet off a wave while on a helicopter. Sound Great english dubs, its gonna sound strange but I like the english over the Japanese soundtracks. As far as opening and ending themes go, I like the first opening theme the most it gave a really nice feel to an assassin, the second opening theme made me lose that feeling a bit, ending themes were average ok. Soundtracks were used over and over again after some time they got really boring. Characters Golgo 13  is by far one of the most badass person I have ever seen in anime, he is very silent and speaks only when necessary. He is an assassin who exhibits almost no soul or personality, normally I would just call this laziness of the studio to not give thought to the character, but I'll let it slide this time since it did fit the plot very well The entire show is driven by the secondary characters, they all give off a huge variety of personalities and every epsidoe a new bunch appears this is both good and bad. Good beacuse we see new people so that it doesnt get really boring. Bad beacuse some really good characters are lost. Overall Golgo 13  is a good anime but the plot is the reason why it can be both good and bad, story is predictable but a huge anount of characters are introduced. Only very few audiences will enjoy this anime, those who seek a very mature theme anime should watch this and have a blast, other than that dont watch it. 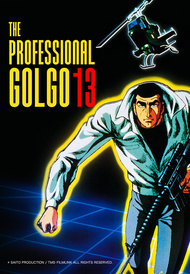 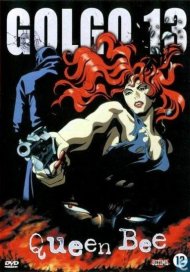 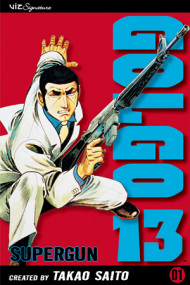