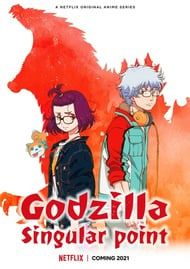 3S review no.34 (short, simple and salty/sweet/spicy) Godzilla huh? But where the fuck is godzilla? Well… he shows up eventually I guess. You see this show is a retelling of a very well known theme, but it’s very different from the source material, so while it is not really Godzilla, it still have to use the name as well as it can in order to attract an audience. Pretty bad decision if you ask me, cause it drives away fans of the name when they don’t get what they expect, also it doesn’t attract non fans of the name cause of what they expect from the name. Very very weird decision. Anyway, is the story good? Well it is alright I guess, pacing is not great but all the gibberish in this show is well thought out. I say gibberish cause it is filled with nonsensical theoretical science, and when I say filled, I mean every episode is filled with it until it flows out from the sides. Now, how much are you willing to get invested in this gibberish and for how long can you keep track of them before you wanna shoot yourself out of boredom or confusion is up to you. Also like most other shows, there is this eminent catastrophe, probably could be the end of human civilization and everyone is taking way too casually. I mean the whole world should be in a red alert status yet even the god damn bus is still working on schedule. It is what it is, you just have to go with it if you wanna follow the story like you do with other shows. So, the main problem of the show, It is really hard to get invested in the story, even though the story ain’t half bad. On top of that, at the end of the show, just when you thought you managed to sit through a terribly complicated and convoluted story that at very least had a beginning and an end, guess what, last scene of the show shows you that you are about to get more gibberish coming your way in the future. Lucky you. Characters are whatever, they just serve the plot, the show is 100% story driven, characters just serve it, there is not development or fleshing out, at least they are likeable and not annoying for what it’s worth. In what seems to be a trend in the show, you just get too many of them, you barely remember what half of them are supposed to do to affect the story. The other problem of the show is definitely the animation. Specifically the 3D models. They are awful and it really takes away from the enjoyment of the show, they have that weird texture that really makes them look cheap. The robot is supposed to be a throwback design I guess? Still it looks way too goofy. The color palette is also very weird, everything is over-saturated for some reason, everything is too bright. So yeah, presentation wise things are not looking great. Sound is above average, very good I’d say. Opening and ending are ok, but the rest of the tracks are great, they go great with whatever is going on in the show, especially that little song that’s like the reoccurring theme of the show is very nice. Voice acting is very good as well, even for the minor characters. So if there is one redeeming quality this show has it’s definitely it’s sound. So, is it worth a watch? Nah, it isn’t. I would not recommend it to anyone but two people, one is a guy that watches anything remotely related to Godzilla or Kaijus and the other a guy that gets a massive hard on from theoretical physics. Problem is I don’t know any of these dudes, but I’m pretty sure they exist out there somewhere. For the average anime fan though, it’s definitely a no, if it had amazing presentation maybe, perhaps, there is a chance it could be bearable, but as it is, nice sound design is not even close being enough to make this show good.

Godzilla: Singular Point was aired during spring of 2021, the same season that SSSS.Dynazenon was aired. Godzilla: Singular Point and SSSS.Dynazenon are both shows that have Kaijus (giant Japanese monsters) smashing cities. I bring up SSSS.Dynazenon because I feel that show took a lot of the attention away from Godzilla: Singular Point and I really believe Godzilla: Singular Point deserves a lot more attention. I'd have to say that Godzilla: Singular Point even reminded me of a Studio Trigger production. The art is clean, the characters are great, the story moves pretty fast, the combat scenes are impressively well animated and there is some interesting CGI use. Only thing I'm not a huge fan of is the mascot characters, but there aren't many mascot characters I really like, which is more a 'me' problem. As for the story itself. A bunch of scientists are trying to figure out where the Kaijus came from and why they're causing havoc around the world. We have 2 main protagonists with Mei flying around the world trying to gather information on why the Kaiju are appearing while Yun & his team are trying to understand the Kajius themselves better.  The other reviews posted on the site had several questions regarding what happened during the show, and the reviewers also shared some of their annoyances regarding not really understanding the Kaiju universe itself. The show does expect you to know a little about the Kaiju universe.  There is a lot of dialogue, and the characters also speak pretty fast. So if you're struggling to keep up with what's going on in the Japanese version, then maybe give the English DUB version a try.

Godzilla S.P is animated by Orange and Bones these 2 studios are good of what they capable of, but it seems this show didn't make it happened. First - the plot is straight up WTF is going on? I don't know if it's because I didn't really pay attention while watching it or I'm just dumb. Second - the 2d animation is good, the characters are fine but the CG? meh. Lastly - if you like kaiju, talking robot or Gintoki 2.0 then this show is for you. fr: 3.5/10 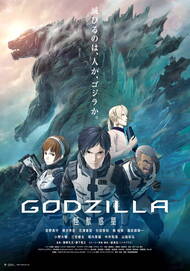 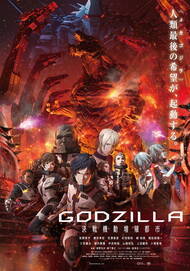 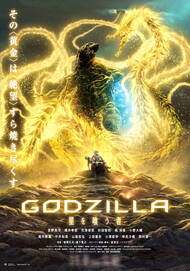