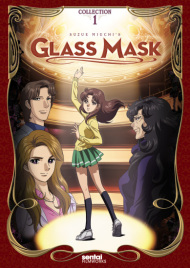 Maya is a dreamy young girl whose clumsiness is matched only by her absent-mindedness. While others have given up on her, the legendary actress Tsukikage sees her hidden potential and offers to take Maya under her tutelage. Maya loves the theatre more than anything, and as there's not much she can do about it at home, she chooses to run away with Tsukikage. The world of theatre is harsh, however, especially for a naive young girl far away from home. While she finds new friends who support her, her mentor has powerful enemies and Maya is often on the receiving end of their ruthless plans. In face of the adversity, Maya must constantly fight to develop her skills to catch up with her unbelievably talented rival, Ayumi, if she hopes to inherit Tsukikage's legendary role: The Crimson Goddess.

The Girl of a Thousand Masks

The Bird That Flew Away

Heading into the Wind

Alone on the Stage

Here's an interesting hypothetical: how much can a terribad ending ruin an otherwise watchable 51 episode series? I'm not about to waste a five-dollar reviewer word like "captivating" on the narrative, but at the same time I can't say I was bored. There is a somewhat shounen-esque theme of powering up throughout the series, except that in this show, the heroines are powering up their ACTING. Of course the premise is ridiculous, but it works to a surprising degree... up until that ending. At that point, all the build up over the first 45 or so episodes is squandered. The absurd progression of acting skillz reaches its apex when the two heroines act out the four elements to prepare for the ULTIMATE play. Yes, really. Do you really need to see someone acting out "Water?" Don't even get me started on the bullshit spiritual nakey time that sums up the series' overarching romance. But there's only so much I can deride a series that, for what it's worth, kept me watching till the end. Overall, I think the answer to my own question is: if the rest of the show is entertaining, I can only fault the series about half a point. Whatever that means.

The tags need to be updated to include Age Gap. 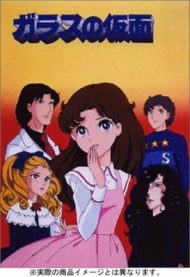 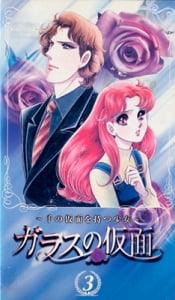 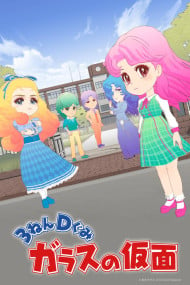