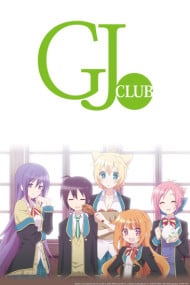 I am the GJ Club!

Kyoro on the GJ Line

Kyoro on the GJ Line, REBIRTH

Autumn of Arts, Appetite, and Attack

What I Liked: Nice soundtrack with a old-school video-game feel. Kirara, everything from her character design to the fact that she was depicted as being good at writing (but not at speaking) Japanese. The Ore-man skits are kind of silly but cool. The third ED is energetic and cute. Megumi, for being kind (but sometimes maliciously manipulative). Good animation with a great colour palette. What I Didn't: Most of the Opening and Closing Themes are standard bubblegum pop fare. Episode 7 just throws in a new character / classmate with very little background. The harem aspects, while not at the forefront of the series, are sometimes played for very cliched laughs. Megumi being bullied for her oversensitivity to her diet, and the fact that this was the punchline for some of the jokes. Mao is almost a walking stereotype. Starts to lose it's charm about half-way through. Last episode suffers from mood whiplash, like most shows of its genre. Insert song in Episode 12 was annoying...Final Verdict: A cutesy little High School comedy that unfortunately runs out of steam toward the end, GJ Club is harem comedy at its most average. The characters aren't exactly the most riveting people (except for Kirara) and the jokes kind of fall flat or are otherwise grating at times, but it is well animated and has a great soundtrack.

Just like a candy after a spicy meal, GJ-bu is a sweet one to watch while or after watching some serious , tragedic anime.... Thats what I thought before watching this... But i realised that this is no any ordinary storyless comedy show. Without my realisation, I got attached to this anime and when it ended, I got a little sad. Not because it was actually emotional, but I got so attached to it and thats why. Heartwarming comedy with some flirtatious scenes (fanservices, didn't hate them though..) GJ-bu is not so unique anime since there are a lot of similar ones like this, but this anime carried out pretty well. A boy along with some girls in a so called GJ-club, who don't have any work to do, does some random things messing around. Asking random questions like "Why are boys so noisy?" and making him brush their hair. The small events that happen have somewhat a connection between them. With a lots of comedy, this can be a really good relaxing one.Bright cutesy anime but also the same time a decent one to attach with, this one will be on my "Never forget" list. And the same 'may' go with you too.

*Beware The Spoilers... If there are any.* Alright so GJ-bu revolves around the protagonist, Shinomiya Kyōya, who is forced to become a new member of the GJ-bu (lit. GJ Club), an unidentified club that dwells in a room of the former building of a certain school. There he meets four girls: Mao, Megumi, Shion and Kirara. Time flies with these unique girls around. The series follows the everyday, though unusual, antics of this band of friends. Or so it says in the wiki which seems like an accurate summary of GJ-bu. - In terms of Storyline, GJ-bu is quite boring. There nearly isn't any noticable drama nor storyline except for the everyday shenanigans the characters are involved in. However, while the storyline is overall kind of boring, it also had its great moments. Also, while it is arguably boring when compared to other Slice of Life anime's I've watched, the story is quite realistic in term of potraying how boring, yet sometimes incredibly fun, school could be with the right people around you. If you're looking for a slow Slice of Life/Comedy anime without any heavy drama and etc, then I'll say that this show could be perfect for you. - In terms of Animation, GJ-bu has a great animation. The effects, the way the anime was drawn and animated. I don't really know how to describe it, but I can tell you that GJ-bu has a great animation which would make it more enjoyable to watch. - Sound, similar to animation, I don't think anyone would have a problem with it. The Seiyuu/Voice Actors and the producer have done a terrific job on it, just as great as the animaton. - Now for the Characters, each of them have their own distinct typical personality, obviously. Putting Storyline aside, I'd say that the characters are funny, unique and enjoyable in their own ways. But like I mentioned before, they are still kind of boring since they lack any "great drama material" like "a dark past" or etc; they are all pretty normal when one think about it. However, despite the "boring" nature of the series, you can really feel the genuine happiness they share amongst each other as well as their strong bonds, like for example the scene where the GJ-bu seniors were graduating saddened me, but, like usual, Mao always found a way to cheer everyone up. In conclusion, GJ-bu is a great anime for anyone that want to watch a "slow" slice of life/comedy series. The series has a great sound and animation, which I don't think will be a problem for anyone. Just don't expect any 'hard' drama or 'super funny' comedies and you won't have anything to be disappointed about. 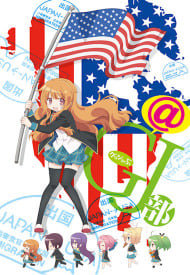 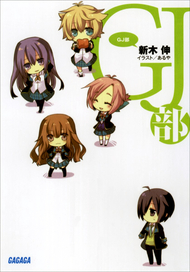 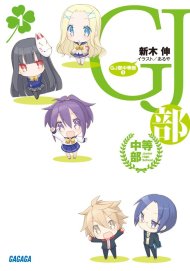 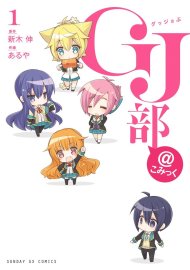 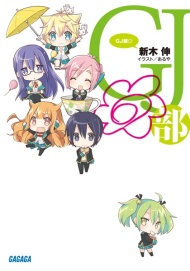 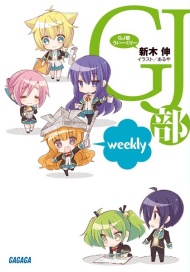