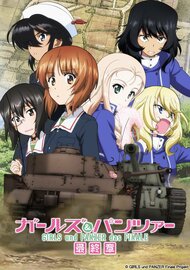 I viewed both Saishuushou offerings, which in translation is ‘das Finale.’ Number 2 appears to be 'The Further Adventures of das Finale.’  GUP has a total of six planned for the set of finales, so we are far from la fin.  Apparently, these movies have a two-year production time slot, so expect the next installment around 2021.  The theme of these episodes no longer deals with saving Ouarai Academy from extinction.  Now we deal with the reputation of  the quaintly monocled Momo Kawashima who has graduated from Ouarai, but, because she has not been accepted by any university, rumors crop up that she is repeating senior year at Ouarai.  Her honor is at stake; Ouarai must win!  Also, a new Ouarai team, the Shark Tank girled by the most piratical of Ouarai's denizens of the deep ship, makes their debut. I decided to write the review for Saishuushou 2 due to the greatly improved graphics in the battle sequences from the original, particularly the jungle battle between Ouarai and its semi opponent Chihatan.  That, and 8maus had a brilliant (though concide) review for this first offering anyway. Plot (full spoiler alert): Story begins where it dropped in the first piece.  Ouarai forces BC Freedom Academy into a retreat.  This school is French in style, wavering in spirit from Napoleonic to Bourbon Restoration periods).  In the first movie, BC duped Ouarai into believing they are a fractious bunch and lured into a tank trap from which they barely escaped.  As usual, Miho's resourcefulness saved the day.  But now, chasing the French-singing Freedom Academy hunkers down in a bocage.  The hedges would cause Ouarai to split up and be picked off by BC's swifter vehicles.  Miho plays on BC's divisive character to begin sniping at aristocratic and transfer student tanks reigniting the rivalry and causing BC to destroy their own tanks.  Before they realize that they had been set up and attempt an escape, Ouarai successfully knocked out the flag-tank. The next opponent is Chihatan, a school that approaches sensha-do pensively and philosophically.  Since their last showing, dismal at best (and making them the decided underdog), they have incorporated the ideal of the charge in their attack plan, and in the jungle venue in which they compete against Ouarai, this morphs into a hit-and-run style which Ouarai finds hard to counter.  But, knowing of the jungle terrain, Miho lures Chihatan into a tank trap, causing the loss of some of their tanks.  But Chihatan retreats before their flag-tank is taken.  The retreat sets up for the next installment. Again, the CGI is breath-taking, particularly as tanks rush through the jungle brush.  Elements of combat as use of tracer fire is engaging.  The pulse of swift-moving battle with rapid fire decisions and tank-flipping explosions keeps the heart’s dokidoki doing its best doki.  As the battlefield sweeps from airy rural hill country to the dense rainforest, the dark themes of the mud and the mire intensifies the desperation of the struggle that is sensha-do. The projected completion time for the Saishuushou series: 2027.  Quite the extended timeframe.  GUP, take a hint, if you match the pace of your battle scenes to your animation practices, we can wrap this project up by 2024.  Go for it! 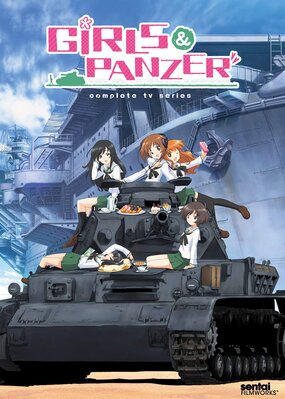 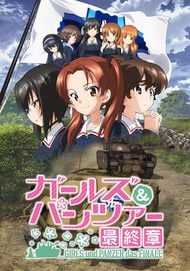 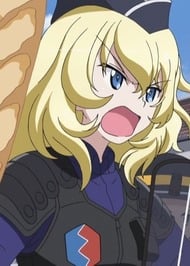 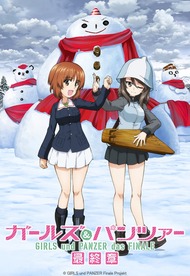 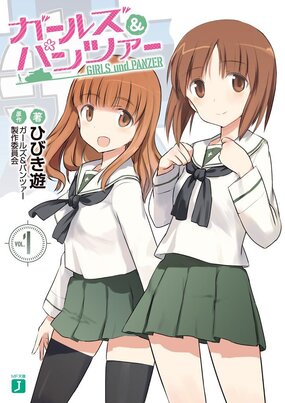 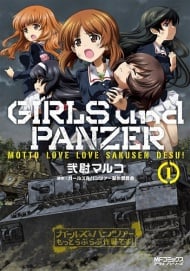 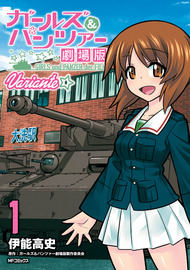 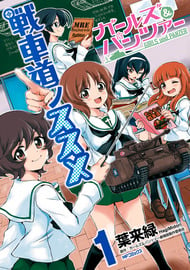 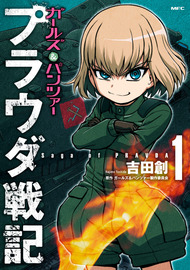 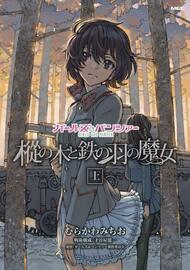 Girls und Panzer: Momi no Ki to Tetsu no Hane no Majo 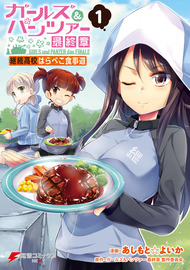 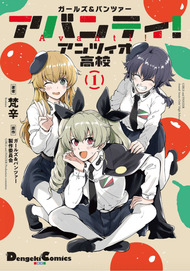