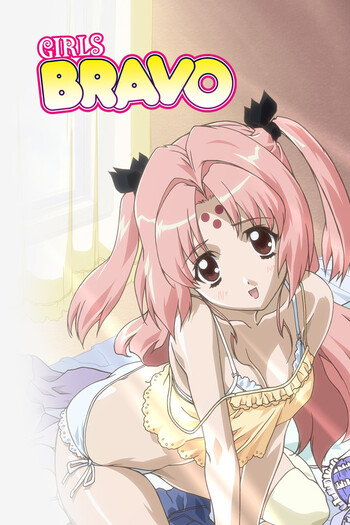 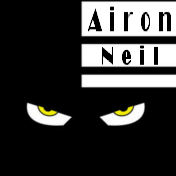 Girls Bravo…let’s dissect this title shall we? Girls, okay pretty strait forward so the show has girls in it…Bravo, which means “well done” so basically it’s saying woohoo, girls!

Now this may be the only review where I don’t use spoiler tags because with a story like Girls Bravo its nothing surprising (At least until the pervert comes) I mean besides the last three episodes (yes this review is reviewing both seasons) this show is nothing but a bunch of random episodes filled with lots of humor and boobs. Course there is the basic plot which is in the plot summery…done reading it? Okay now the reason that he doesn’t get the allergic reaction to this girl—which I won’t bother looking for the spelling—is never explained. Which doesn’t really matter that much because this is meant to be a romantic show…for guys…basically because I don’t see many women seeing this show, since I obviously don’t watch shows with lots of naked guys in it…I don’t I swear!

Now if you’re wondering if this show has hot girls, then you’re in luck (though don‘t be too surprised it‘s meant to have that) because it has many of those. Every episode will start with some sort of “fan service” (which seems to be the proper term around here) which will mostly take place in a bath, the problem with these scenes is that they’re just very, very bright and you usually have to darken your T.V. to see what’s going on (assuming you‘re not too busy waxing the carrot); in fact the whole show seems to be very bright, which is new, since most shows like to be darker than black (Yay! Anime reference, ain‘t I special) so if you want to watch the show then prepare for lighter than white.

As for the girls they’re all pretty much the same bodies with different heads, boobs, and height.

Oh the sound can fuck off for all I care, nothings special about it, course it never gets annoying so it isn’t bad, but not good either.

The main character is a pansy, the girl that seems to live with him (I did say SEEMS) appears to be angry at all men since any slight hint of perverseness by him, she will do some OMG move and knock Yukinari out for a few seconds (which is good because then she can do it again in just a few minutes). Next, there is pink hair girl that will stop it nothing to get in Yukinari’s pants (Don‘t deny it, she wants his ass!) but seems to be very incident about it; After that, we have some dark hair girl that is very afraid of men because I assume she had bad encounters with them before so she isn’t a one dimensional character. Next I’ve got to mention the only reason I kept watching the show Mr. Extreme pervert (with a capital E) Kazuharu. He has a lot of money which is the only reason he isn’t a sex offender and proves to us once again that all you need in this world is MONEY! His actions shock even the hardest veterans of anime he will openly grope girls that he doesn’t know, he’ll lift up their skirts. He’ll do anything to feed his horns.

Just because it’s one of the reasons the I kept watching this show I’ll give characters an 8.

Most anime fans do have an open mind, but I’m just not too sure who this show would attract, I mean sure there’s the boobs, but if that’s all you want watch henti, if you want soft core porn then watch soft core henti. So if you like romance don’t watch this show, the romance so buried under it’s soft-coreness. So I guess there’s the comedy…well if you’re watching this show for it’s comedy then that’s a good place to be, though if that’s all you want then you’ll have to deal with the writers attempts to be serious because it does have serious parts…

So overall this show is okay, but it does have a lot of “only if you like…” occurrences, there are many better animes out there, and there’s henti if you like boobs too much.

After the review facts

Okay, let me admit, this show was hilarious I don’t seem to point that out in this review even though I give it a 5.3 that’s more a critical score my personal enjoyment would probably bring it higher but I try to avoid personal scores. But yes, this was one of the funniest anime I’ve ever seen even if ¾ of its jokes were perverted.

There were some good things with the story, and there were some bad things. I did like how crazy things got throughout the series with the antics of the various characters, especially Miharu, and I also liked how even when the series did a common episode theme that seems overdone, like the hot springs episodes, they were able to spin it in a new way that was interesting. However I did find that the story was moved along by fanservice far too often, and the fanservice got way to formulaic. Its not that I think that there was too much fanservice, its just that its not good when it is the only thing that moves the story forward.

The art of the series was overall pretty good, with special attention to the backgrounds. The character designs were all together pretty good.

There were some problems with the characters that kind of made me not like this series as much as I could have. Kirie seems to be too violent towards Yukinari, who gets a regular beating from her for every moment of him accidentaly getting a glimpse of Kirie naked. Out of all of the beatings he recieved, which was around three or four an episode, he only really deserved one, when he was legitematly being a pervert. Kirie seems to have too much tsun and not enought dere. Tomoka is the most useless and annoying character I have ever seen, and this series would be greatly improved by her absense. Kazuhara is way too perverted in that his perversion is the only thing that keeps the story going many times, and to the point where it was just plain annoying.

Overall I feel that I would have enjoyed this series more if the characters were better. I would not recomend it right now, but I plan on watching season 2, as I hear things get better there.

Story: Weird concept that’s not well executed. The harem is ass and the development isn’t really there. The story bounces between I like this to I’ll skip episodes. I liked it for one thing: Miharu so damn KAWAII

Animation: It’s a 2000’s anime why complain. The blood and the slapstick comedy sucked ass. It was repetitive and annoying. But who needs Animation when you got cute ass Miharu and boobs.

Cjaracters: Lacks Character Development. But the females were great Lisa was probably my favorite cause she’s a weird one. Miharu deepthroats bananas so take that as you will. she was a well used sexual boost to the anime. Kirin when she was not fucking up Fukuyama was also likable. The shy girl also likable. The males made me want a lesbian harem.

When I first watched this It felt like It was pouintless except to see a couple adult orianted scenes but as I continued watching It became actually pretty good, the charcters are cute and the story is adorable. Im enjoying this series a lot. I dont recomend this show to anybody underage or offended by nudity, nudity IS NOT  focus of this anime and is fact more inocent than sexual. Hope you enjoy this anime if you watch this.

Plot: Small for his age, Yukinari has been bullied and abused by girls all his life. Now in high school, he has developed a rare condition: whenever girls touch him, or even come close, he breaks out in hives. Imagine his surprise, when he is suddenly transported to the city of Seiren on a mystic world invisibly orbiting the Earth, and populated with vast numbers of women and very few men. Fortunately, he has a new friend, Miharu-chan, whose touch inexplicably doesn't affect him.

Story: * Please don't take offense to anything I say*

5 OF 10: This series was very random at times and felt to have several fillers to the acctual plot. It was fairly entertaining, but I still think it could of been way better. The series was average. Thats why I gave it an average score for its story.

The animation was good. The backgrounds were done pretty well, and the characters were cute and nice to look at. It wasn't the most incredible animation i've ever seen, so I gave it a 7. It could of been better.

In my opinion the music was completly weird, it did go with the show nicely though. If you like only hearing 3 songs through out the series(24 episodes) and the songs being basically cheesy trumpet music then this will be enjoying for you.

I asure you, most of the characters were hilarous, but some didn't stick out at all. The main character, hardly talked at all and didn't fit in with the insanity of the others. The other charaters had to make it funny by doing funny things to him. All the characters are pretty cool and make the show super funny. Some characters needed improvement, therefore, no perfect score.

Keep in mind the overall thing is just the average of the scores, the series overall was funny and random, this show is great for comedy lovers.