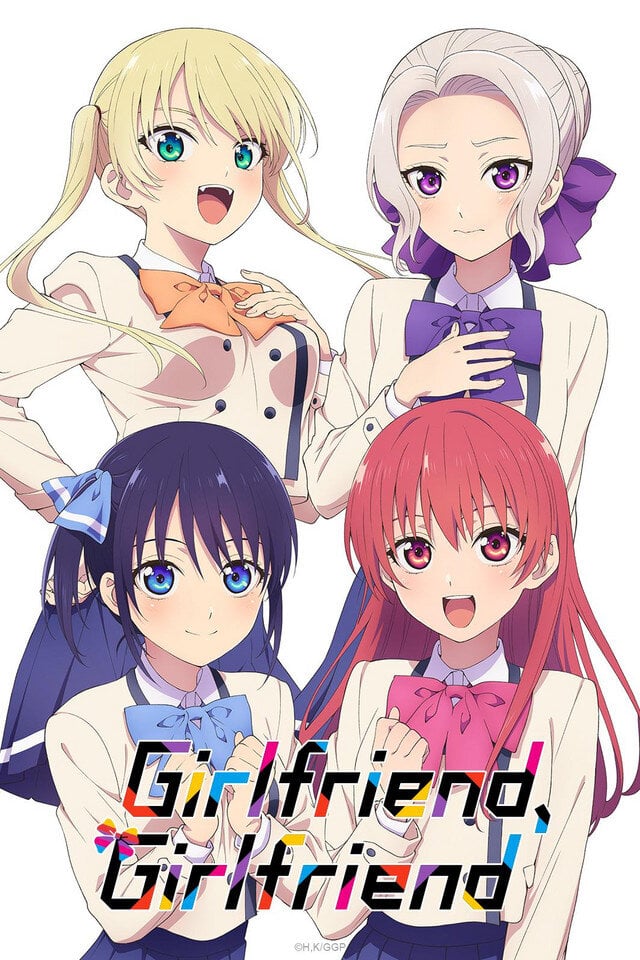 This is obviously a parody/mockery of the whole harem genre. A very funny parody I must say. Intentionally absurd and over the top. All characters behave in an exaggerated, melodramatic manner and have cow droppings for brains, which makes their interactions all the more amusing. Those who write scathing reviews about this anime analyzing every example of "immoral behavior" or "unrealistic situation" clearly have the wrong mindset to approach a show like this. It wasn't meant to be realistic, nor is it actually promoting two-timing or anything of that sort. The author is just having a laugh. At the expense of people who get butthurt by silly comedies like this.

Let me first state that Kanojo mo Kanojo will inevitably be either strongly loved or strongly hated by the vast majority of its audience. Depending on who you ask, the rambunctious elements that it chooses to emphasize can be seen as painfully irksome or purely entertaining. I personally side with the latter opinion, but it should really be stressed that one's enjoyment of this show entirely depends on their mindset going into it.

KanoKano takes an approach to the harem genre that I really appreciate. Rather than making an inorganic attempt at being distinct and memorable in some sort of cringe-worthy manner, it is completely transparent on what its values are and capitalizes on its individual strengths to the utmost. This show is not meant to be taken as seriously as other harems that bear certain similarities. In fact, it's not inaccurate to call KanoKano a parody of the harem genre as a whole, which might seem like a recipe for disaster on paper, but it's really quite the opposite. With well-casted characters all the way around, a charming soundtrack that effectively accentuates moments of wholesomeness & comedy, and an attractive yet simple animation style that couldn't be more fitting, this anime is a treat from start to finish.

Kanojo mo Kanojo dismisses most of the tasteless, repetitive clichés that are known to eat up far too much run time in your typical harem show and fills that space with more instances of comedy, or even just by giving us more exposure to the cute girls that we're all honestly here for in the first place. But my favorite aspect of KanoKano is its intentional exclusion of the needless drama that I've definitely seen in a handful of other harems. The overusage of the whole "bitter drama which leads to the MC becoming a little bit less of a social potato" theme often tends to play against the show employing it by making the overall watching experience more unpleasant than it needs to be. But KanoKano avoids that issue completely by throwing us into a story where the MC clearly shows no signs of raising his IQ, which ironically works in its favor.

Ultimately, the point of me writing this review at all is to say that if you're on the fence for watching Kanojo mo Kanojo, you should really take a moment to evaluate what interests you about it in the first place. After that, maybe give the first episode a shot and then you'll most likely be able to determine if its blatant absurdities are simply too much for your liking, or if - like me - you find them to be one of the funniest things in the world.

*sidenote: if you are someone who finds this show distasteful for reasons such as the whole two-timing deal and/or the unrealistic dedication of the female characters to the MC, that's totally fine but please don't discredit the show itself for its ridiculous nature; you're probably just not their target audience :)

Girlfriend, Girlfriend is one of the funniest rom coms I have seen this year. It revolves around Naoya Mukai who had continually begged his childhood friend Saki Saki to be his girlfriend...but then he opts for "two-timing" when a girl named Nagisa confessed to him.

To describe the show, it is awkward because of the concept. But it is also bizarrely funny. The characters themselves are likable in their own ways: Naoye is a character who is...hard to figure out. There is obviously something wrong with him. Basically, he is someone who is very, very criminally honest. He finds himself liking Nagisa despite the fact that he is already in a relationship, but he tries to somehow make both girls happy with the relationship. It's not so much that he is being cruel or rude with the "two-timing..." his mind is just wired weirdly. Like him rejecting Nagisa's confession amounts to him thinking that he was lying about seeing her as attractive or something like that.

Saki is also pretty good. She is the one that does suffer from feeling insecure when it comes to sharing Naoya with Nagisa: she can't cook; really do chores; or anything really, but you do feel bad for her in some ways. But it is funny when she beats the stuffing out of him whenever he sticks his foot in his mouth.

Nagisa, at first I did not get: the first few episodes of why she was so intense with wanting to get together with Naoya aside from a brief flashback that shows she met him a semester or so again from afar. She is sweet and is typically seen as Saki's rival since she is better than Saki in lots of ways: cooking, doing chores, giving unadulterated attention to Naoya...but it comes at a cost: she spent all her time bettering her cooking skills, body, etc. that she has the worst grades in her class.

Animation's fine nothing too special. Otherwise, a very funny show.

date two girls at the same  time with PERMISSION

Other than the two-timing part this anime isnt that bad. It does seem pretty cringy but overall this anime is pretty okay.