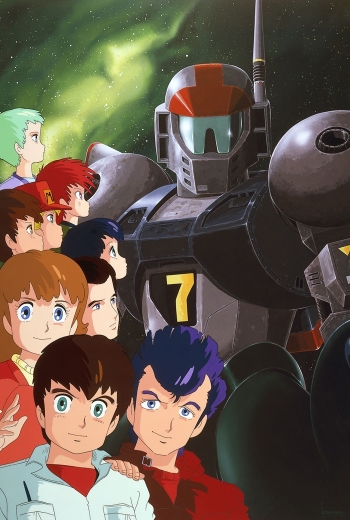 Leif Recitativo was ordered by Veda to gather a group of living bio-terminals called Innovades. But members of Celestial Being's shadow group Fereshte (which is now disbanded and rejoined the main organization) reappears.

Several thousands of years from now there is the Joker Galaxy of five Star Systems, where there is a long, long war being fought. The god of light, Amaterasu, is trying to unite the galaxy under his rule. The fighting stands between giant mecha called Mortar Headds, their pilots, the Headdliners, trained since birth for their task and the female humanlike computers called Fatimas, necessary for controlling the MH. Many are the lives and destinies found throughout the more than thousand year long era of war, although Amaterasu seems to live through it all.