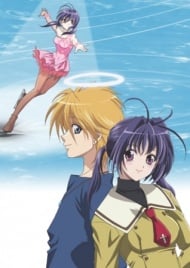 One of the best feelings in life is when you go into an anime assuming it will be awful and get proven wrong. Ginban Kaleidoscope is one of those shows. I expected a low-budget, predictable, cheesy, and clichéd work. …and that’s actually exactly what I got. But never mind any of that; the series has a sort of indefatigable buoyancy that kept me popping back for more, despite the fact that I fully expected to drop the show after the first few episodes (see: Mai Otome, Tsubasa Chronicle, Mahoraba to name a few from recent memory). In the end, although I don’t think I was ever actually impressed, per se, I came away satisfied. At this point, you should (correctly) be thinking that I haven’t really explained why the show is entertaining, as “indefatigable buoyancy” is just some of my usual patented English bullshit. To start, a major strength of the show lies in the characters. So many of today’s anime characters feel like they’ve been wrapped in cellophane, and by that, I mean shiny, static and artificial. Ginban Kaleidoscope’s characters aren’t particularly unique or deep, but they’re likeable and actually feel sort of real. Similarly, the storyline certainly isn’t going to wow anyone with originality or complexity, but has enough twists and turns to hold your attention while the charming characters do their thing. Even the comedy, which I was fully expecting to suck, was amusing in an “I’ve been awake for 28 hours and even Rob Schneider could get me to giggle at this point” sort of way. While seldom laugh-out-loud funny, I smiled quite a few times and never found it tedious. That said, there are plenty of flaws. One of the most annoying is that the animation is almost painfully half-assed. Even though this is a figure skating anime, it’s pretty clear that the show’s budget couldn’t really allow for all of the jumps, twirls and twists that define the sport. During the climactic routines, even the most important parts are often completely butchered; the creators reuse animation, use stills/single color backgrounds, or simply don’t show anything at all. The only way we know how well the skaters do is that the characters talk about the performance afterwards. Perhaps more important is the aforementioned unoriginality. Like most sports anime, the formula is often blatantly obvious, and the ending is amazing for just how predictable it really is. Oddly enough, I found myself reluctant to watch the very last episode, as I basically already knew every single event that was going to take place. The character’s spunk and the show’s general charm makes up for a lot of this, but the lack of creativity as a whole definitely hurts the project. Still, I enjoyed myself a surprising amount, and finished the series rather quickly. To steal from Dinosaur Comics, Ginban Kaleidoscope is pretty okay. Pretty okay, indeed.

Ginban Kaleidoscope is an anime that probably has a lot of people wanting an alternative ending. The storyline was different from any other ghost stories that I've seen/read about so far, which I consider a positive. I mean, I've never seen another anime that involved figure skating and ghosts. The characters and their personalities were moderately detailed and were hilarious -in a good way. The moments of comical relief -with Tazusa threatening to consume tomatoes, and her yelling at her friend when she is actually yelling at Pete- caused a reaction involving laughter and tears. Overall, I would recommend this anime to people who are looking for a short, comedic yet sentimental anime, and are open to any type of ending. My opinion? The ending was amazing. Yes, it ends their connection, but it also did make them both more mature along the way. Also, since there is no epilogue to tell what happens next, the imagination will probably create an epilogue to satisfy the people who felt that the anime shouldn't have ended this way. AyshaShahanie

i liked it. enjoyed it. but WHAT THE FUCK. why did it end that way. i liked the characters, animation was cool. overall quite good other than the fucking ending 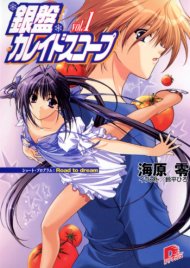 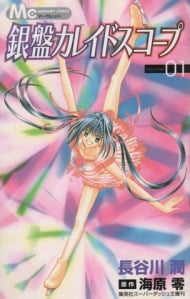