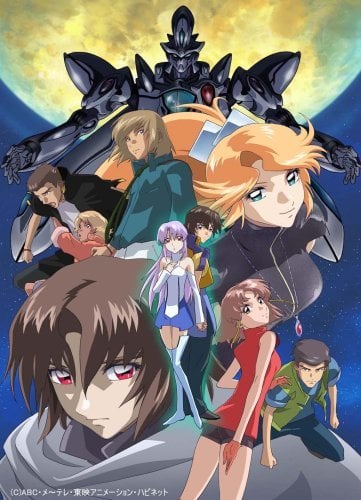 Runin: The Ronin in the Ruined City

Humankind ignored Earth's screams of pain. The result: devastating earthquakes and unknown viruses brought the human population to their knees. As money became as worthless as a piece of paper, people turned to war and violence as a means to survive. Nuclear war was the inevitable conclusion to the loss of civilization.Our story begins in the ruins of Manhattan, now only a decaying mass of the rotting dead and the rampant wilderness. Thieves and murderers run free as if they rule the land under the banner of "survival of the fittest." One of the last living survivors of the Japanese race, Takeru, trains under his master in the ways of the Japanese samurai to bring justice and peace to his friends and family.

The year is 2100! On a barren Earth, natural environmental reproduction is no longer possible. The population has placed its stakes on a reckless organization in hopes that it can purify the planet for environmental growth. But the organization known as Z.P.T. fails tragically. Many humans are transformed to white sand. Was this massacre an accident, or does Z.P.T. hold some dark intent for the unfortunate inhabitants? In this post-apocalyptic future three buxom young women - Liza, Wooty, Mill - and one fortunate young man, Louis, use their mechanical prowess to fend off waves Z.P.T.'s superior mechanized military forces.

In his skyless cavern of a village Simon toils daily, drilling holes to expand his stifling little world until one day he makes an extraordinary discovery: a small glowing drill-bit and the man-sized mech it activates. Before he can give it a second thought Simon's dragged into a plot to break through to the surface by the local gang leader Kamina, only to have the ceiling come crashing down on top of them under the weight of a giant monster! It somehow falls onto the boisterous Kamina and cowardly Simon to defend their village, but once they defeat the monster what awaits the duo on the surface world? Get ready for buxom babes, beastmen, and giant mechs as only GAINAX can provide them!

Follow the story of a boy trying to fly and a girl trying to rebuild a tower. Together, they traverse a post-apocalyptic world.

Ray and Trice grew up together in this post-apocalyptic world. She was his only friend. But then one day... an unwelcome guest arrives and proclaims "Glory to Humans"...