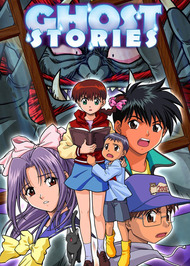 Satsuki and Keichiro are new students of the haunted Amanogawa Elementary School - a school where their late mother attended as a child. Soon they meet the perverted Hajima Aoyama and #1 spirit researcher Leo Kakinoki, and thus their ghost hunting group is formed! WIth the help of Satsuki's mother's ghost diary and the crafty wiles of Kaaya, a cat that has been possessed by the demon Lord Amanojaku, the gang will seal away ghosts in order to rid Kaaya's body of Amanojaku and save the day. Can the four friends manage to seal away toilet ghosts, deadly nurses, creepy dolls and a variety of supernatural phenomena, all while passing their classes?

The Hand that Came Out of the Toilet... Red Paper, Blue Paper

Requiem from the Dead — Elise

The Demon's Hand Splits the Door — Night of Tragedy

The Circuit Connects to Hell — Demon of the Underworld

The Corpse that Roams in the Night — Shirotabi

The Tunnel with No Exit — Anamaneki

The Nurse Who Tells Your Death — Mother's Feelings 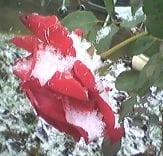 I used to be a math major, so when four "4"s average to 7, I know something's up.  Especially when a poor subbie like me LOVES the dub.  Basically, this anime goes in the realm of "so bad it's brilliant."  My friend and I actually watched this on the recomendation from GREG AYERS (VO for one of the 5 main characters) that it was so bad, we HAD to see it.OK, so it's isn't really that bad, per say; it's just distinctly not good.  I mean, seriously, this thing has plots revoloving around killer web sites, man eating benjo (Japanese-style toilets), and possesed pianos that stalk helpless main characters down dark alleyways-- all because of a demonically possesed cat and the diary of someone's long passed ghost-hunting mother.  This is mixed with the fact that, at the time, it was SO Japanese it just couldn't be marketed to Americans.  It was practically GIVEN to the studio that handled it in America.  So what do you do with something like that?  You kill it more.  The studio had the brilliant idea to hand the script to a cast of allstar voice actors and let them tear it apart, on one condition: they couldn't change the plot.It worked like a charm.  The VOs had enough experience to have fun with the script and original story, and still make it accessable to the general public.  If you got the Japanese references, you were in heaven; if not, it was still hilarious.  For fans of Abridged series: this is the Abridged Series of English Dubbed Anime as a whole.  The actors even take a crack at one another behind the mic.  I also think that it's this familiarity and connection with the script that makes the acting some of the most natural and fluid I've heard in a dub.With lines like "What in the world is going one here?  These are the fastest lip flaps I've ever had to sync!" and "School-girl all alone in a creepy, abandoned, haunted school house... I'm an idiot," this is the most genre-savvy anime with the most potty-mouthed cast of grade-schoolers you'll ever see.It still fails, but it does it magnificently.  Even if it's bad, it's incredibly enjoyable.

Okay, if this review is confusing, blame it on the anime, which is also confusing. Note this review only applies to the English dub. This anime is very, very good. However, the only reason it is very. very good is because it is very, very bad. I mean like awful. Okay so basically, the dubbers were just like 'screw this' and said whatever the heck they wanted. Most of the show, if not all of it, was completely improvised. The result is this hilarious mishmash that barely makes any sense. It can also get highly offensive, but in a sort of hilarious train wreck kind of way.  I could go into more detail, but I think the only way to really understand Ghost Stories is to experience it yourself. It's absolutely hilarious, but please keep in mind it is something that should be watched with friends and probably also a lot of booze. I watched it with my friend. Here is what she had to say. "Ghost Stories really is an "experience". Quotation marks. I am air quoting the shit out of this shit. There are not enough quotation marks in this world. So many quotation marks had to die to air quote this """""""experience""""""""."

First off, the English version is supposedly the way to go. The dialogue is aimed strongly towards the mature audience as it contains crude humor, sex & drugs references, and stereotypical comments. A lot of the references are a bit older in nature too, stuff you would be familiar with from the 2000's. All that though leads to an incredibly funny and entertaining creation though, that ridiculous dialogue and intense humor is the whole purpose for the Anime. It is quite a unique experience that you will very rarely find in terms of comedy. The way the Anime functions is like Scooby Doo if you wanted a reasonable comparison. It even references their typical meddling kids line and Scooby Snacks. Each episode there is a new ghost that serves as the purpose of the plot. This also means that the Anime has no actual story, and is episode based. The other major piece as mentioned, is the dialogue. At times it is ridiculous, in an entertaining way, parodies on stuff, product references, takes frequent stabs at popular people (that were relevant in the 2000's). If you plan to take the dialogue serious or are offended easily, this wouldn't be for you. It really does require that you just sit back, get comfy, let go of being serious, and want a unique experience with lots of laughs. Those two paragraphs pretty much describe the entire experience. It's simple, effective, and sets out what it's meant to. It is an older anime though, so the animation style will be quite old. It feels nostalgic however, and combined with the dialogue, brings back a sense of living in that early 2000 era again. All things considered, it checks out and what you would expect, but for some it might be a bit too outdated. Since it is an episode based Anime, the main 5.5 characters (.5 being the cat) are the only consistent characters. You don't learn much about them, they serve as a group that speaks their dialogue, that's more or less it. Each has their own personality with dialogue fitting their role. The religious girl is the odd one and a bit annoying though. Her dialogue gets to the point of where it seems like they are trying to convert people. Her role makes sense considering that ghosts & religion are closely connected, but still annoying. Overall, it's a very entertaining, very humor filled experience. It's hard to describe in depth as it's just unique and so full of comedy that takes stabs at so much stuff, uses stereotypical jokes, mature humor, and simply goes outside of the box in a way that would be deemed offensive to some. Nothing here is meant to be serious and that is perfectly fine. Sometimes you just want to sit back and laugh, without the need to keep track of what's happening, and that's exactly what you will get here. Definitely something I will rewatch again down the line. =Secret Santa 2017 Event Review= 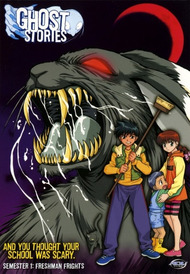 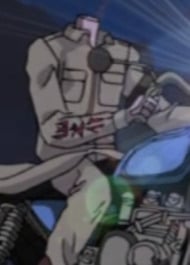