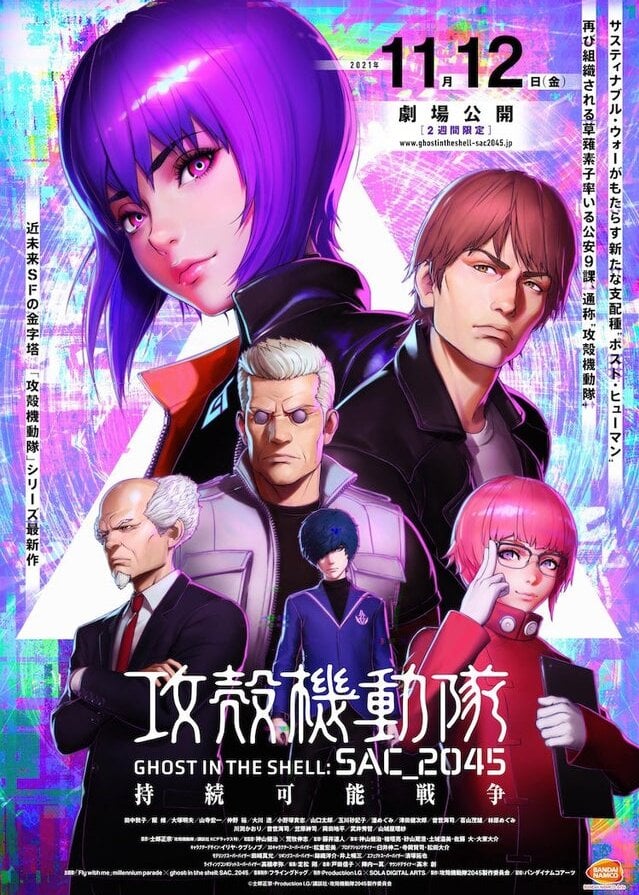 If you're looking for anime similar to Ghost in the Shell: SAC_2045 Movie, you might like these titles.

In a dystopic city of the future, there has been a rash of killings at the hands of prototype robots. These anomalies from the company Locus Solus are making headlines, and have caught the attention of the cyborg Batou and the crew of the Section 9 special forces. Yet beneath the random violence, a sinister plot is unfolding -- a situation so dangerous that it threatens not only Batou, but innocent humans and cyborgs alike. Can the team of Section 9 unravel the mystery of these murders before they suffer the same fate as the victims?