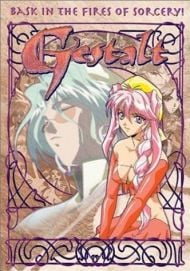 Story Think my ghetto-tube subs which were in Spanish were off a bit, so I went with the dubs, which were also off a bit. Missed 2 minutes and everybody who is anybody who has seen 80s/90s schlock knows that the first few minutes are crucial. They build worlds, they say the plots, they give you all the shits you'll give for plot because the next half hour would be absolute shit in plot. The point is, is that the story is shit. Let me explain that last sentence and the point of all this: This OVA is absolute bullshit and sweaty donkey balls. And let me explain that position. The story doesn't deliver on it's promise of a lot of it. All I got was a Priest who sucked at being a Priest and took only basic magic defense which is some dumbass skill progression because as a priest, you don't just dabble in holier-than-thou holy magic and white magic- (Assuming that they're different types of magic schools since one is technically a religious school and the world might have different schools of magic per religion or go nature-based if it's a shamanistic/animalist god but I digress-) -, you dabble in other stuff, take some points in defensive magic since you are apparently not an offensive type. You also get some offensive magic spells if you're travelling alone and don't know if any new party members would cover you as a tank, DPS, ranged or even offensive magic which here is pretty OP. Purely illogical that he has an inability to properly use offensive holy magic. Basically, he is a dumbass. And then you got the girls. First is the mute mage, who is actually a mage and can use actual magic for actual- wait, she can use magic to kick ass. Use magic offensively to hurt people and not fucking fuck around with fucking charlantry. Did you know that is an actual word? It is! And what he does is parlor tricks, "Miracles" to fool the ignorant masses, calling upon his heretic god to persuade and mesmer those dumbshit peasants. I'll be honest and say that after thinking about it and somewhat remembering the "plot", it is actualy easy to follow. Excluding the magicks and witchcraftery, it's a chaste priest of varying degrees of usefulness travelling with a pretty girl while getting chased by a fine ass dark elf. She wants to bring him back to the church which opens a whole new bag of chips with Dark Elves and Church and I'm sure you don't want me to ramble on about it. The actual plot is dumb. Animation It's 90s crap OVA action. It's clear that it's shit. I will give it points for the dames and that incredibly sexy green-haired guy who was probably completely essential and important to the plot on account of his sexiness. Other names of mention are the Dark Elf, which are hot, and Mmmmmmmmm- Mage. Or that mute character, they are cool. Overall, it isn't offensive but it isn't pretty by a mile. Sound See previous paragraph. The dub speaks fast and ranges from decent to I WILL FUCKING MURDERFUCK YOUR FUCKING FUCK. But holy shit the pan flute is fucking amazing. The music that had that shit in it was the fucking tits. Characters Already tackled the non-spoiler characters... I guess just reread the Story part? Overall It's shit, but harmless shit. It isn't offensive visually, sometimes appealing because dark elves, amirite? It's also illogical, dumb, kinda boring, some real questionable sounds and a great pan flute. Doesn't deliver, is kinda shitty and you could do so much better. You can also do far, far worse. You can trust me on that last sentence. This has been a DAMC Review on: Who The Goddamn Fuck Thought This Shit Would Be Fly? 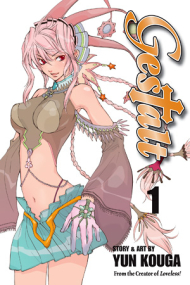