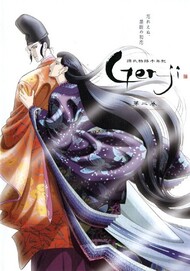 Story: Genji, also known as Between the Sheets, a Japanese legend. The anime follows the legend of Genji, a prince turned commoner. Despite being a commoner, he’s still fabulously wealthy and uses this wealth to buy his lady friends pretty gifts. And he has a lot of lady friends. Including an Oedipal complex that shadows all of Genji’s bedroom encounters. Aside from Genji’s wanderings in the bedroom area, there isn’t much else to the story. Well, except for the random spirit possessions that seems to kill off a number of young women because one of Genji’s lovers happens to be psychotic. There is the parallel story of Murasaki’s upbringing, but it reads like rather horrible fanfiction. Animation: The animation has a bit of bipolar disorder. It is fluid and elegant one second, and the next it’s jumping from frame to frame with the ghost images lingering for a moment. The characters are designed after the original art, I suppose, which explains the rather blank expression Genji normally wears. Yes, even in bed, he resembles Kristen Stewart’s emotional range. The clothing and setting are beautifully done, however, which raises the animation score because of the detail involved. Sound: The background music is very traditional, and usually tranquil. There are also the few scenes were one of the characters are playing traditional instruments, which can get repetitive, because they seem to only know one song each. While the end song matches the soundtrack, the opening song belies the rather slow plot. This can be rather jarring if you marathon the anime, as I tend to do.  Characters: Genji, being the main character, steals the show. The women, while lovely and given some depth, seem to only exist to further Genji’s story.  Most of the characters are petty and rather unlikable. The few that are empathetic usually die off, move to convents, etc. Still, it plays out like a soap opera, and disliking the characters gives some depth to the plot.  Overall: If you like watching soap operas, you'll like watching Genji. That's all I have to say...

Genji monogatari sennenki was an immense, complete, gigantic waste of time. Cancel that. Let me rephrase--Genji monogatari sennenki is possibly one of the worst anime I have watched in a while. Except for Casshern Sins, but that's neither here nor there. Anyway-- She looks damn good. Her animation is both enchanting and ripe with the classic scenery, bright colors, bold patterns and poetic influences one should expect of a series set in its time period. She's pretty, in that before havin' babies, Britany Spears, one eye doesn't look quite right, but what the hell, it's blonde and it has hips kinda way. Genji monogatari sennenki teases you too, with a brief flash of a well rounded thigh of what appears to be great melodrama and a journey along the road toward what it means to love. Genji monogatari sennenki drapes herself in the elaborate frippery of tradition with a touch of history, all to distract you from one glaring, horrendous detail you don't realize it's there until too late. Genji monogatari sennenki is a cheap two bit hooker. A fake. She is not what she tries to tell you she is.This anime's handling of the sexes and romances is just so far out of date for me that it literally made me cringe. "One of the Great Romantic blahblahblahs" be damned--this story does not age well animated and I feel, has probably lost literally everything in this visual translation. She's a hussy. A streetwalker. A lady of the night. She's on the corner looking to do nasty things to you to score that one last hit. She's not even remotely close to the caliber of an escort, which compared to Genji monogatari sennenki's cheapness seems like high-class livin'. No, for all of Genji monogatari sennenki finery, it's still a story about a dude with about as much charm as an ingrown, fungus covered toenail, running around the country sexing up all the woman and leaving them behind as he goes about looking for the next. And the women that fall for this ancient popped-collar-you-know-what aren't any better than he. Heavy-sigh-filled, lip quivering, "I am unable to do anything without a man! I cannot pass gas without one! Men complete me! Oh god, if I do not have a man around me 24-7 I shall collapse into a ball of tears. Also: my life is a barren waste land of nothing until my womb is plundered and I can pop out a baby, my ultimate life goal." And I made myself watch every episode. As a sort-of punishment for falling for Genji monogatari sennenki's air headed seduction. Call it my forty lashes with a spiked, soaked in lemon juice and salt on the cat-o-nine tails lashes, if you will. Genji monogatari sennenki is empty, horrific,  over dramatic to the point of such ridiculousness that I laughed until I nearly cried. If I were a sheltered, thirteen year old virgin without a single lick of sense in my head I might have actually enjoyed this. Since I am neither of these things and require more than sugar coated unicorn farts infested in chocolate coated kisses to exist; this anime didn't do it for me. At all. And I rather doubt it'll do the same for you if you have a lick of sense, either. Genji monogatari sennenki isn't even one of those anime I'd rate worth wasting time with while you wait for your other favorite anime episodes to be released on C.D. For the love of little puppies and your favorite baby deity--drop this one like it's hot or Paris Hilton. Go watch something else. 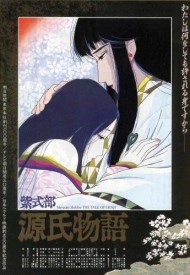