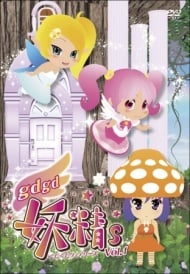 Pkpk, Krkr and ShrShr are three fairies who love to spend time together in the Fairy Forest. Each day they sit around a tree stump, sipping tea and debating how to beat insomnia, the origin of rumors and other oddities, taking occasional breaks to peer in on other unique, bizarre worlds through a magical spring. And when boredom gets the best of them, there are always fun adventures to be had such as bungee jumping from space and even playing a game to see how many old men they can jump over!

978 users are tracking this. Log in to see stats.

Beyond the Horizon of Endless Recollection: Eternal

The one thing I'll give this show is that it is original and sometimes cute, but that's pretty much where my praise stops. Most of the time I had a hard time finishing a single episode. The slow and talkshow vibe of the show doesn't suit anime well. Luckily the episodes are short! Characters:There are only a few characters; three cute looking fairies who don't do much other than have pointless conversations with each other. They do each have their own personalities, but they are rather generic and un-interesting. But their character designs are cute at least. The voice actors are fitting. Animation:While it's not the worst CG ever seen in anime, it's pretty bad. Most of the basic fairies scenes are alright, however the 'imaginary' scenes, background scenery, and scenes in the magic chamber, look downright horrible and makes it hard to watch (although this is probably a part of the show's comedy).  Plot:The entire show follows a very basic and repetative formula that replays each episode. Each episode begins, and mostly consists of, three fairies talking about random subjects (for example, rumors, sleeping, tears). They talk very much like regular Japanese girls talking to one another, but this 'realistic' dialogue just sounds awkward for an anime. Close your eyes, and it suddenly sounds exactly like a radio/talk show.The second part of the show takes place in The Magic Room, in which the fairies use their magic to summon items or situations. They usually end up doing a poorly animated game or activity (sports games involving throwing/jumping over old men, bungie-jumping, playing a RPG, etc.). I guess the randomness of the situations is suposed to be the funny part of this segment, but it doesn't do it for me. I find it a very "Japanese"-type humor involving crude, perverted, unlikely, and random jokes, which I usually don't find funny.The third part is The Magic Spring, where the fairies look into a fountain, and a random clip is played (hooker dancing, farting man flying through the sky, etc.) without sound. Then each fairy takes turns dubbing over the clip. Again, I guess their ridiculous subs are suposed to be funny, but it's not the type of humor I like so it seems dull. Conclusion: I guess it depends on what kind of comedy you like, but I strongly dislike this type of strong "Japanese" humor. I don't find any of it funny, and since the entire show is focused on this, I find even the half-sized 15 minute episodes very long and dull. Secret Santa Review**At the time of writing this review, I have not totally finished the show** 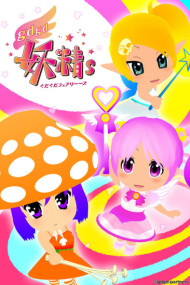 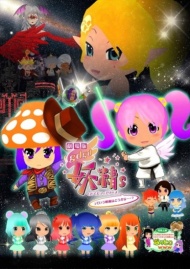 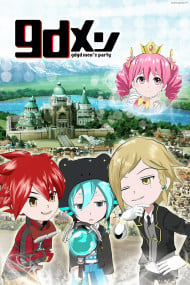