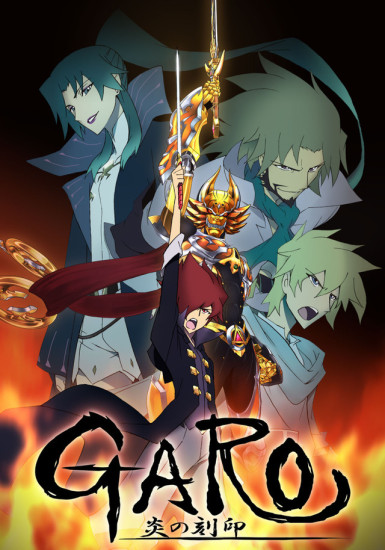 Both have awesome animation by same studio Mappa and good stories. Both animes have a similar medieval setting. Garo has really good story, I was pretty impressed at ep 1.

Both are dark and have a steampunk vibe to them, have witty characters(for comic relief) also elements of otherworldy creatures, magic and ofcourse, the unlikely hero(with good share of challenges)

Both have supernatural/demonic elements, with a dark and violent air but also a dash of comic relief.

I'm surprised nobody has done this recommendation before. Setting-wise Karas and Garo are quite different, since Karas is set in a futuristic world while Garo is set in the middle-age. Despite that, both of them are notorious for merging 2D animation with 3DCG and being very action-packed series full of awesome fights and such. Fans of one will surely enjoy the other

Both of these shows are fantasy series about people dedicating their lives to protect civilisation from dangerous monsters. Lots of swordswinging, clandestine monster-hunting orders, ugly monsters, a rather dark setting, and lots of blood are what they have in common. Fans of either show could do worse than checking out the other one.

Both series are dark fantasy titles, with a big focus on character interaction and good old grimdarkness. Both have lots of violence, sexual themes, interesting characters (especially Berserk), and that gritty low-fantasy feel. While obviously not for everyone, and both do have some rather stupid stuff I personally could have done without, if you liked one of these, you might give the other a go.

Both are dark fantasy titles, in which the church is not portrayed in a very flattering light. Monsters roam the lands, and few people have the power to stand up to them. If you liked either one, chances are that you'll like the other. 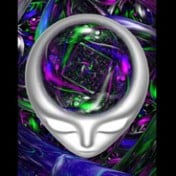 Garo and Swordgai could almost take place in the same universe. Same premise-- warriors bearing supernatural weapons that are dangerous and might take over their personality. Both quite good and dramatic, though Swordgai lacks the humor of Garo. Swordgai only has the 1 season (at the time of this writing), while Garo has an extended world with stories that traverse generations, and with every season Garo's animation gets more impressive.

The Heian world, the beautiful capital Kyo in its glorious splendor. When two attractive Onmyouji meet, the sad, ephemeral, yet beautiful cherry blossoms…… will bloom after a millennium.

“Please find any information on the Noble Fencer that disappeared after leaving to slay some goblins.” Goblin Slayer and his party head up to the snowy mountains in the north after receiving that request from the Sword Maiden. A small village gets attacked, they encounter a mysterious chapel, and something about how these goblins are acting bothers the Goblin slayer. “I’m going to take back everything that I’ve lost!”

The Sacred Book of the land of Eija has been rediscovered and with it the legends of a mysterious and all powerful ship. Now Princess Crystal of Megaronia has set forth on a quest to recover the ship and its ultimate weaponry. All that stands between her and total domination of the world is a small group of misfits.