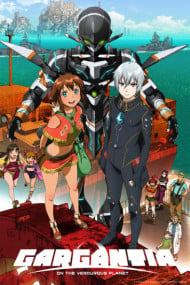 The Planet of Origin

The Flute of Recollection

This anime got a 10 from me, but it takes some serious explaination.  So this will be long and in depth.  Gargantia on the Verdurous Planet,  I hurt myself a couple times trying to say it at first.  This anime was pretty good.  so I was writing this while watching the last couple episodes, and sh*t got so real that I had to change everything, so here I go for the second time. at first I was drawn into the anime, it was fun, kind of funny, cool, ect.  It explored many different themes and, unlike many anime, actually did a good job of explaining things logically for me.  I was impressed.  Normally, I dislike themes about pacifism, it makes me feel less a part of the anime and it seems more like a lecture or some crap.  GotVP had this theme too, but they handled it exremely well.  Here is why: --they didnt dwell on mistakes involving this theme--they didnt try to cram it down the viewers throat--they showed how it can naturally be a part of life, I guess you can say they rationalized it well.I was very very impressed by how they took something that most animes do poorly and made it look good.  Now for a little while it seemed like it might be headed in the wrong direction, but it did not. I was worried up until the end, but my worry was unfounded.  There are also several great twists which add even more themes to the series.  They paved the way for some great character developement and some sick truths.  Furthermore everything matched up.  Everything built into the end.  It doesnt seem like it, but trust me it does.  now to the more direct part so you can gain a better understanding. Story:  --started with simple themes of life and started building heavier themes up from that, everything fit and made sense, they explained every point very well.  Extremely impressive--similar to the themes, the conflicts and moods matched.  Started light, but got heavy and weighed on the hearts of the characters, brought out great story development and finished perfectly. Animation:  Production I.G. made the animations gorgeous Sound:  the voice actors were very solid and the soundtrack was great, not Attack on Titan great, but still a 9. Characters:  I came to love the characters, and they had so many unique and great ones.  Even the bad guys were interesting and well placed.  They also focused on the right people.  obviously the main character needed the most building, but they somehow gave every secondary and most minor characters a special place in the anime.  Only the best animes are able to pull this off.    Overall:  GREAT START, GREAT DEVELOPMENT, GREAT END, what more do you want?! Most people will enjoy the vast array of themes that come out in this anime, and they did it all in 13 awesome episodes.  this gave me the same feeling as Fractale, but Fractale was done by A-1 Studios and they have a tendancy of screwing up, which they did to Fractale.   I HIGHLY RECOMMEND  Gargantia on the Verdurous Planet. GO CHECK IT OUT!!

What is worse, a show that aims high and fail or a show that doesn’t and succeed. Personally, I think the latter is more acceptable. I feel this way since a show doesn’t aim high doesn’t give me false expectations. Shows that do aim high, but fail to deliver just leave me angry and frustrated, such in the case with Gargantia on the Verdurous Planet. The first episode set up something that could've been genuinely interesting. It yet another fish of water story, this time it’s in the distant future with a mecha pilot from the Galactic Alliance named Ledo, gets stranded on a floating boat city called Gargantia ( thus the title name ) on a water covered earth and have to learn to get along with the indigenous population. While this is far from an original idea, it leaves itself open to many different ideas and concepts to explore. But sadly it squandered any potential it had in favor favor of fanservice, filler, shock factor, and deus ex machinas. The point where I knew this anime was going suck really hard was when Amy asked Ledo help deal with some pirates to later to condemn him for killing the pirates. Amy is all like “ you shouldn’t kill people” for no real reason. First off, it’s Amy’s fault that she never specifies what she wanted Ledo to do. Ledo clearly explained before hand that he is warmonger society and that he was raised specifically for war. What did she expect Ledo to do if she never ? And this “ we value all life “ BS is completely contradicted because in the very same episode, the people of Gargantia who were attacked by pirates were using machine guns to kill pirates. It doesn’t stop there. In the next episode, the higher ups of Gargantia ask Ledo to help fend off the main pirate fleet, but not to kill any of the pirates. Then the people of Gargantia proceed ………... to kill the pirates. Seriously, this one of the most backward society ever. Why would they let Ledo pacify the pirates? It’s not like they are holding some moral high ground since they hold no qualms shooting at the pirates. And it would only benefit them if they had Ledo pacify the pirates since his mecha is the strongest thing on the planet. The only reason they do this is just because the plot said so. And if this isn’t a sign of bad writing, I don’t know what is. And the show proceeds to go up it own ass. It really tries to convince its viewers that is moving and emotional, but it just comes off as manipulative and soulless. In the last third, the show does a 180 tonal shift and throws out a bunch of Shyamalan twist just make the viewer go “ OMG, I TOTALLY DIDN’T SEE THAT COMING!!” I was burying my face in my hands because I couldn’t give a fuck. The show done nothing to make me care about the characters. And it doesn’t help the fact that the twists are totally clique and can be seen coming from a mile away. Hell, they even use “ it was human all along” twist that is used in almost everything. And as if it couldn’t get any worse, the show throws in evil counterparts for the main characters. Now there’s an EVIL Ledo, an EVIL Chamber, and an EVIL Gargantia. Then stuff happens, someone shoots a nuke at the evil Gargantia, Chamber pulls a deux ex machina out of his databanks, and the show just seemingly ends with almost nothing resolved. As for the characters, I have nothing much to say about them. Other than Ledo, everyone seems to either serve as a plot devices or set pieces. The only other “character” might actually be Ledo’s mech Chamber. Yeah, out of the dozen or so characters, there are only two that might actually be considered “characters”. If you couldn’t tell before, I don’t recommend this anime. If you want an anime with an interesting world or a soothing atmosphere go watch Haibane Renmei or Shinsekai Yori. If you want a good sci fi story that handles multiple themes go watch Ergo Proxy, Lain, or Zegapain. Seriously, just avoid this show at all costs. 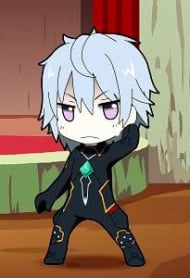 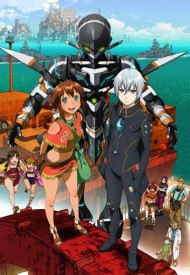 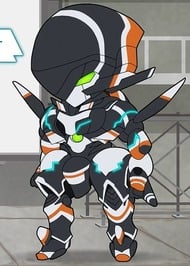 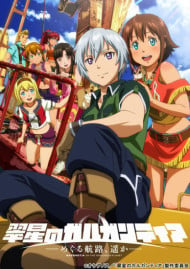 Gargantia on the Verdurous Planet: Far Beyond the Voyage 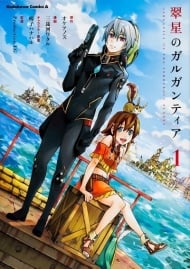 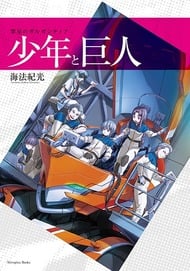 Gargantia on the Verdurous Planet: Shounen to Kyojin (Light Novel) 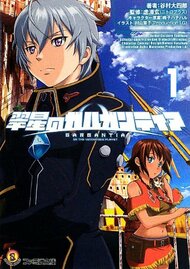 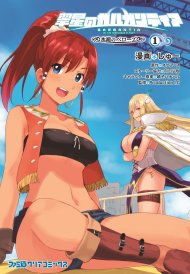 Gargantia on the Verdurous Planet: Mizuhana no Bellows 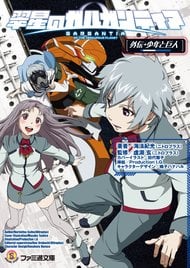 Gargantia on the Verdurous Planet: Side Story - Shounen to Kyojin (Light Novel) 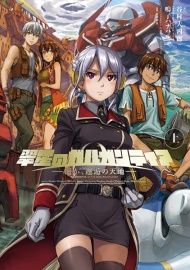