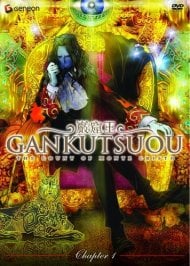 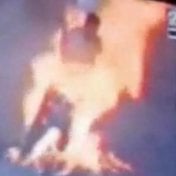 Gankutsuou boasts a provacative story and a unique animation style that serve its purposes well. Visually I was half-and-half (sometimes the colors were distracting, but other times they were very beautiful); however, it worked to the affect of the anime. The storyline is, of course, derived from a story I hadn't read since high school. Needless to say I was hesitant about revisiting 10th grade English in anime style, but I had watched some of Romeo X Juliet and figured "what the hell, I like almost everything Gonzo has put out so far." I was pleasantly surprised. While the original Count of Monte Cristo is more of a "show those bad guys whose boss now" kind of story, Gankutsuou is a moral exploration of the validness of revenge. The characters all progress in a relative and believable manner, the parents eventually swirling in a psychedelic abyss of madness (literally in one episode); meanwhile, the main character Albert, who is at first whiny and naive, comes full circle - he becomes whiny and experienced. There's some decent plot twists, but I don't remember if those were already in the book or not. The music is sometimes pleasantly ambient, but other times borders on cacophonous. The intro in particular had me reaching for the mute button, but strangely grew on me by the last episode (which forces you to listen to an elongated version of the damn thing to see the last few bits of animation). The major promise this anime holds is in its extremely well-crafted, and emotionally intense, storyline; however, the storyline does take a good while to build, and the ending left me feeling a bit let down. Over all I would recommend it to fans of drama, but not action.

Story: Gankutsuou is an odd bugger. It puts a spin on a classic novel that took place in the past and shifts it FAR in the future. First thing's first, the setting is neat. The beginning of the series paints a cool atmospheric setting where we meet diverse generally high class people, and it becomes clear going to a different planet is like a plane trip. I really enjoyed this very interesting new universe, and the series was atmospheric, but unfortunately rather than doing anything with it they kind of forget the established setting and do nothing with it, so it eventually loses it's edge. The pace is pretty good, though, once you figure out where the story is headed you can more or less predict the course of events. That's not to say it's not entertaining, and doesn't touch on good topics. On the contrary it goes places a lot of anime hasn't, exploring human nature, elitism and mostly every facet of human imperfection. No character is without flaw, including those you have the options of sympathizing with. If your uncomfortable with males getting too close for comfort/scenes that could be regarded as homosexual defininetly back off, it gets pretty bad. The series also loves to get a little too weird, characters have powers that aren't really explained, underground kingdoms with the sea, made from gold, amongst many other weird things can be quite over the top. At times the series really is too weird The flow and development is great throughout most of the anime, however the real issue is that it resolves sloppily. The buildup more or less crumbles when one character changes awkwardly, setting things into motion for a hasty closing of the series, while the series reaches an all time weird, and resolves in a bang and a rather poor final episode. Animation: Love it or hate it kind of thing, for me it was great, other than the UGLY 3d buildings that were forced in. Characters look distinct and expressive, and there is a vast array so the animators did a great job there. Setting was great, though became much less relevant during the later half it seemed, which was a disappointed. Sound: I very much enjoyed th soundtrack, the OP and ending were both pretty good, namely the opening which was perfectly composed for the series. The piano pieces amongst the other works in the show fit in just fine and voice actors are varied enough and fit the given characters. Characters: The characters are not the best. We have the count who is just great, very enjoyable and understandable regarding his actions, though towards the end in the sloppy confusion he too suffers. A slight shot at the count is that his ex love interest was so dry of a character it was hard to imagine them together at any given point, or him caring about her. Albert starts as a generic ignorant character, though his ignorance moves the series along, and he develops well by the end. As for the other characters they are more about the relationship between them than actual characters, with each representing a particular personality trait, loving money, violent, caring toward elders ect. That being said the characters don't really come full circle, and most are either forgotten in the finale, or worse, ruined only to be touched upon in the final wrap up episode. Regardless the most impressive thing is the full cast of characters found here, which for some of the series, are maintained. Overall: A very watchable and highly recommended series(even more than some I have given a higher score) that touches on many aspects of humanity and society, and while never becoming truly profound, is never unfounded in it's messages. If you are not aware of the premise(which I did my best not to spoil in this review) it will be even more exciting, albeit, perhaps quite confusing until the end. The only real complaints to be had, that stop this from becoming a much greater series, is the squandering of a cool universe, ultimately only there to excuse the odd visual effects and current imposibilities that are implemented and the horrible wrap up to the events of the show. 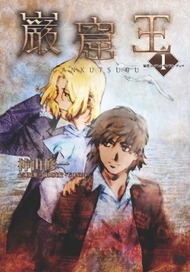 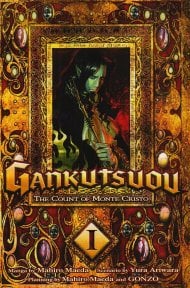 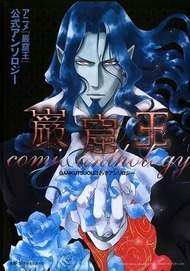