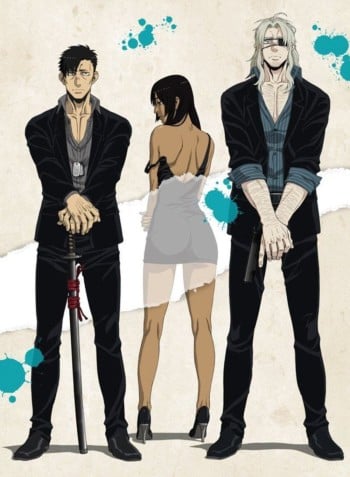 Time has passed since a comet struck Earth, causing catastrophic damage and decimating the population. After a giant earthquake destroyed the Kanto region of Japan, its citizens were left alone and lawless in a post-apocalyptic wasteland. One man known as the Slum King rose from the ashes and took power of the area, forcing any captured women to become sex slaves and ruling the remaining population with an iron fist. He's rivaled by only one man: Violence Jack, a giant who roams from place to place, protecting the innocent and shedding ample blood in the process. Mari is a young woman who is captured by the Slum King's minions on her way to find her missing boyfriend Ken; though as she's being 'trained' for her new life of servitude, Ken - who is now working for the Slum King - sees the situation and tries to free her. However, he fails, and thus finds himself forced to do the impossible: kill the Slum King's enemy - Violence Jack.

Two Japanese survivors of the Khmer Rouge massacres in Cambodia vow to find a sanctuary, even if they have to build it themselves. Returning to Japan, they take seemingly opposite paths: one becomes a politician, the other a gangster. As Asami and Hojo work through the linked worlds of politics and crime in modern Japan, they don't hesitate to do anything necessary to secure their own positions and stay true to their vow. Loyal to no one else, they find their friendship increasingly tested as they rise in their chosen fields.

A recap episode of the first season of Jormungand.