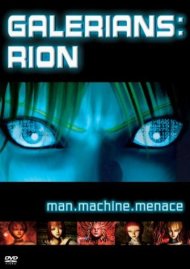 StoryWhen I first started watching Galerians, I thought to myself "wow, this sure reminds me of Resident Evil!" Sure enough, I then did a bit of brief research and discovered that this is based on the first of the Galerians games of the same name, Galerians: Rion. Supposedly the film is made up of the various CG parts of the game (though extended in some cases), and additional CG is added for parts that you’d normally play in the game (but aren’t CG in the game). It’s good to know this ahead of time, because the story does have a very distinct game-like feel to it. If you didn’t know this, you might feel the pacing is a bit quick, especially with brief introductions and then fights with several characters over the course of the 70 minute movie. But, if you try to imagine you are playing the game, it makes it that much more interesting. The plot itself was very cyberpunk in nature, with the idea of a supercomputer controlling humanity, with dark, run down cities, and bad guys at every turn. Honestly, this story was my ideal sci fi, and reminded me so much of two things: Resident Evil (obviously, due to the mood, colors, and feel), and my favorite book of all time, Shade’s Children. It could have been a flop, but I felt like the flow was executed so well that I couldn’t help but like it. Yes, it does watch like you are playing a game, but I like that kind of thing. Some people might call it cheesy or campy, but to me, it was brilliant and engaging. Do you like cyborgs? Supernatural powers? Lots of violence? This is for you to watch. AnimationAnimation-wise, Galerians is 100% computer graphics. Now, I will say that this movie obviously didn’t have the same budget as other all CG pieces, such as Wonderful Days or Final Fantasy, and one major thing suffers: the characters. They definitely look fake, except for one or two of them, or specific scenes. The movement also is a bit jerky; close-ups of boots walking don’t look real at all, for example. But like other CG shows with bad characters, the backgrounds and surroundings shine and are GORGEOUS. The entire movie has an unmistakable cyberpunk feel which was very accurately represented. The detail of various rooms and walls were especially impressive, as was the sweeping panning shots of buildings. When scientific ideas were explained, flashes of imagery were shown, superimposed with binary numbers or other very sci fi looking things, making the cyberpunk feel even more prevalent. Flashbacks were a frequent occurrence, and tended to be all black/white, reminding me very strongly of the game Sanitarium, and instilling that same sense of dread within you. Honestly, the reason this score is so high is because the way the CG, backgrounds, and colors were presented made the dark moody cyberpunk feel so effective. The plot is great, but the visuals made it that much better. There are times that you’ll think it’s cheesy, sure, but there are MANY other times that you will be sitting in awe, thinking how badass it really looks. SoundThe music in Galerians was cyberpunk at its best... nothing but industrial type beats or dark tones during most of the story. Electronic at its core, it helped make the story that much more moody. It reminded me quite a bit of (conveniently) Resident Evil, the movie, and was just as effective. Voice acting was kind of a mixed bag, though. Some of the actors, such as the person who played Rion, were very good. Others, like the actor that played Birdman, just didn’t seem to fit with his appearance. The high-pitched cackle was a bit strange and forced sounding, for one. CharactersFor a one-hour movie based on a game, there is a lot that had to be left out about the characters, and thus, there isn’t a lot of character development. But even with this kind of "go find a new boss, go to the next stage" feel to the plot, there still managed to be several revelations about some of the bad guys that was touching and saddening all at the same time, giving them new depth and causing empathy. This made the bad guys two dimensional for me, even though they are introduced so quickly, and you have almost no background on them. Rion, as well, goes through a great deal of turmoil as he has to come to term with who he really is and what his purpose is. Other than that, though, not a lot of character development, but it wasn’t really needed. You may be confused at first of who the characters are, but rest assured that enough is explained over the course of the movie to make sense. There isn’t a great deal of secondary characters. It’s just Rion, his sister, the few bad guys, and then the occasional flashback characters, or random goons out to kill Rion. OverallWith a rock solid sci fi plot, beautiful animation (not counting the character designs), extremely fitting music and bad guys you can even come to like, Galerians succeeded in sucking me in and making me a fan. Not only that, but Dave and I were so impressed by the story that we will be buying both Playstation games â€“ how’s that for a marketing success story? If you are a fan of sci fi, cyberpunk, or just watching a cool CG masterpiece, you really should check this out. Having not seen the games, I can’t recommend what order to see/play these in, or if you should watch this all if you’ve played the games, but I’ll try to update this later once I have. All in all, an absolutely fantastic sci fi watch, with plenty of darkness and violence to go around.