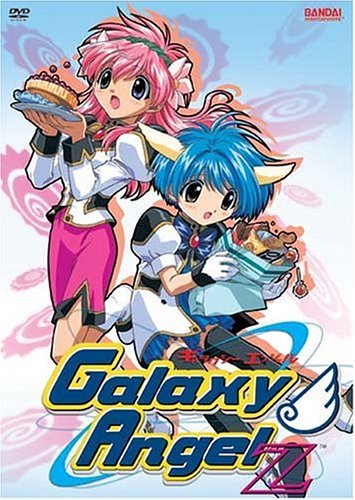 With haunted mansions to explore, wrestling matches to be won and an angry mutated Nomad to take care of, it's no wonder that the Galaxy Angels are back in full force! Ranpha, Milfeulle, Vanilla, Mint and Forte are back on the job to dredge up Lost Technology, and inevitably get caught up in wacky hijinks such as the crew being turned invisible, and even ... a Galaxy Angel wedding?! One thing's for sure, there will always be plenty of fun to go around!

StoryFollowing in the footsteps of the first season of Galaxy Angel, Galaxy Angel 2 (known as Galaxy Angel Z on R1 DVDs) continued the "story" (or total lack of) with random episodes that have nothing to do with each other. The first season had some kind of continuity in the beginning, or at least for one episode when Nomad joined the gang. After that, the entire season was random, and so is season 2. The stories range to anything from the crew turning invisible, to one of the crew members deciding to get married, to wrestling matches. Each of these still feels like it badly is trying to be Di Gi Charat, or ride on the coattails of its success (which makes sense, given that Broccoli made both of them). I can't help but think back to when I was in Japan a few years ago in the Gamers stores. I remember seeing an obscene amount of Galaxy Angel merchandise, and it was obvious they were milking the success of the show just to sell stuff. Then again, it was the same for Di Gi Charat. Regardless, I can't help but think that's the only reason they made this show, because in reality, the stories are mostly uninteresting and the humor is mild at best. That was the point of the show, right? The humor. Random bits were scattered about and occasionally they were genuinely funny, especially combined with the chibi or weird animation at that time. Unfortunately, most of the "random comedy" didn't even get a chuckle out of me, and often the situations were too clean and aimed at kids to appeal. If you want random humor, there's always Cromartie, 2x2 Shinobuden, and others that succeed in this field. So, still an interesting concept (Galaxy Angels going around finding unknown technology, doing all sorts of errands), but I would have liked if the humor would have gone up a notch this time and had actually been funny. AnimationGalaxy Angel 2 delivers the same animation style as the previous series, and was very vibrant and colorful. Definitely lots of pinks and blues mixed together, which is sort of weird, but definitely gets bonus points from the kiddies I'm sure. Hair colors were bright and colorful as well, with sea green, blue, and pink. The color scheme in general, really, was vibrant pastels. I tend to prefer dark colors, but it wouldn't have fit anyways. Occasional CG was thrown in with the animation and it looked fine. The character designs were definitely happy looking and almost childlike, with Nomad being the hilarious exception as the stuffed doll with scribbled facial expressions. Occasional monsters and such were very amusing and well done. The animation style itself was fluid and detailed at times. Chibis and such were thrown in as well, due to the random comedy aspect. All in all, good animation.SoundI wasn't impressed with Galaxy Angel's music the first time around, and was less than impressed this time. In my review for the first season I discuss how though the music might have been appropriate, it was repeated way too much and there was no variety. I was hoping after having taken a hiatus, that the music would have been upgraded to contain more tracks or maybe a different feel. Unfortunately, some of the music was recycled, and the rest of the music sounded like they took the same tracks, changed 4 notes around, and left them in the show. No variety yet again, and though the music fit the tone, it could have been much better. Voice acting was the same for this season, and did well. Though I still think Forte sounded male. CharactersI'm not sure why, but I was drawn into the characters even less this time around. Forte still looks and acts incredibly male (which is distracting), and the others display the same quirks as season 1. Hey, I know if something is good the first time (or sells lots of merchandise, perhaps?) you shouldn't mess with it, but couldn't there have been any new quirks thrown in? Any new bad habits to exploit? Any plot twists to make the characters grow, even if in a shallow way? Unfortunately none of these routes were taken, which made for a pretty boring characters experience. I should mention that their innate quirks were still mildly amusing, though they were exactly the same as the last season. Nomad was still my favorite character. OverallOverall, Galaxy Angel 2 wasn't better than the first series, though I was really hoping it was. I was wanting to watch all the GA seasons so I could add and review them, but the situation is looking grim for season 3, after plowing through season 2. Admittedly, I've been told that the first few seasons aren't as funny as the last ones, but it's hard to pick up another of these when it seems like the humor isn't improving, the music isn't improving, and the characters weren't given more life and interesting features. Watch Galaxy Angel if you really enjoyed the child-aimed mild humor of the first season. Otherwise, check out something more funny like Cromartie or 2x2 Shinobuden. 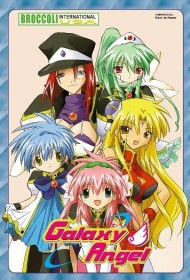 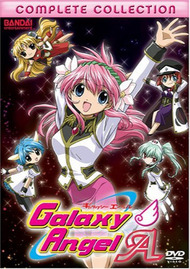 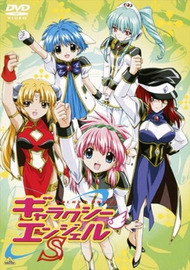 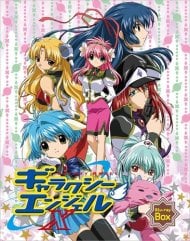 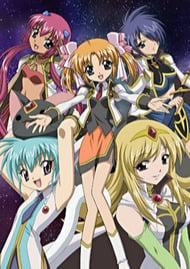 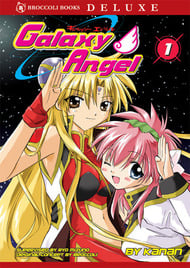 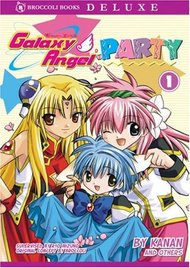 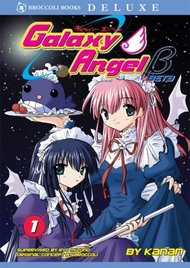 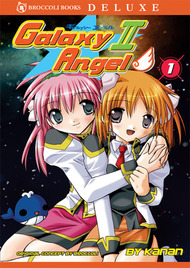