Gakuen Handsome: Kagami no Naka no ME - Recommendations

Alt title: Gakuen Handsome: ME in the mirror 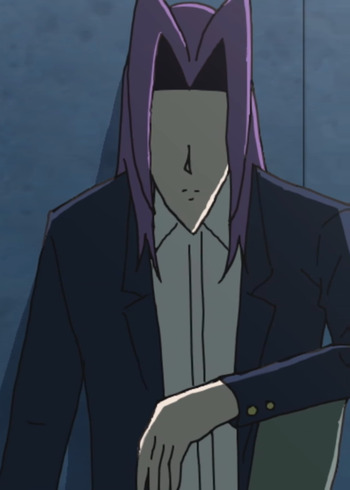 If you're looking for anime similar to Gakuen Handsome: Kagami no Naka no ME, you might like these titles.

In present-day Japan, a rising decline in the birth rate has prompted the government to intervene, thus forming the R.T.P. committee whose goal is to promote arranged marriages. Due to the sensitive nature of the issue, however, a test run was deemed mandatory, and young Ryo Mizuhara (chosen by the world's best supercomputer) was selected as the test subject, much to his own dismay. With the megalomaniac Shizuka Masuda appointed as his fiancee and secret agents in his face at every turn, can Ryo manage to save his sanity, let alone his bachelor lifestyle of the past?

Rin has been living with Kaede since the loss of his parents and as a result, they have become closer than friends. Lisianthus (the king of heaven’s daughter) and Nerine (the king of hell's daughter) fell in love with Rin for his kindness when they were young, so each plans to make Rin hers. Rin's senior Asa has been helping him grow up and has been his support figure for years. Primula is a child who has lived a lonely life and depends on Rin to help her learn what it's like to have a family. Rin's relationship with these girls is all he has in life and as many of the girls seek to be more than friends with him, will Rin be prepared to choose just one? And if so, who?

Faris is on her way to a competition in Los Angeles and she's invited Okabe, Mayuri, and the rest of the Future Gadget Laboratory to accompany her. However, the gang quickly realizes their American vacation isn't all it's cracked up to be after they're forced to spend the night at a rickety old motel, and Okabe almost gets arrested at the airport! But not even these events can stop the mad scientist from discussing world lines and Kurisu's strange memories.