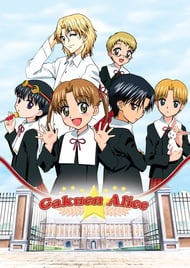 Ever since they met, emotionless Hotaru and ditzy Mikanhave been best friends, and are virtually inseparable-- that is, until Hotaru is invited to attend a strange school far away, a school for those who have special abilities known as "Alice". Unable to be separated from her friend, Mikan soon sets out on a mission to find her. After traveling to a city far away, she finds Hotaru at last, but gets much more than she bargained for. Now, she is lost in a school full of kids with strange powers, unusual animals, and has secured an immediate rivalry with the toughest little punk in town!

The School's Going To Be Shut Down

No Alice is Going to Defeat Me

This is My Alice

The Star Ranking System Sure Can Be Severe

I Want to See Grandpa

The School Festival Is Coming

STORY Mikan's smart but cold-hearted best friend moved away suddenly, leaving her in the dark and seemingly ignoring her all summer. Turns out, Hotaru wasn't just a genius - she's a magical genius - and is stuck in an academy where you cannot contact the outside world! The only way to see her is obviously running away from home and getting enrolled then. This is where Mikan is pulled into a whole new world full of extraordinary individuals, tough classmates, and a very heirarchal system with her at the bottom. Follow this overly optimistic girl as she faces the bullying of her more gifted peers, the struggles of being a "No Star," and the reality that she can never return to the peaceful life she had before. ANIMATION Dandy for when this was made and enjoyable in general! SOUND That same violin rift playing throughout the whole 26 episodes can get your feelings ruffled sometimes... CHARACTERS Poor Mikan is always smiling and never giving up, regardless of the tough situations she's put in. Greedy Hotaru is more often blasting her in the face with an Idiot Gun than returning her unrequited love. Edgy Natsumi puts up a mean front, but he's really very kind hearted and only acts that way to keep those he trusts from worrying about him. (So selfless! ""ToT"") Innocent Ruka is always trying to hide his adoration for animals while also sticking by Natsumi's side. OVERALL A unique spin on the magical school trope (the organization of the academy is interesting to unravel!), and although a comedy at heart the series dives into the mysterious motives behind the Alice Academy... I never expected the ditsy days of a happy girl to transform into episodes with kidnapping and power exploitation- These more serious aspects were my favorite parts of the show though, and are what leaves you wanting more seasons that explore this deeper!

Story: Simply put, Mikan's best friend goes to Alice Academy, an academy where only children with special abilities may go, and so Mikan goes there to see Hotaru and winds up being admitted to the school as well. What ensues is crazy hilariousness and unexpected drama. This anime was absolutely hilarious, unique, completely random, likable, and endearing all-in-one except for the lack-luster ending. It just didn't quite fit with the rest of the anime.   Animation: Fairly mediocre. The colors were pretty vibrant but on occasion dull. The characters were drawn well some of the time but they were subtle inconsistencies such as changing eye colors or odd expressions. They were drawn very cutely which clearly suited the show though. On the whole, the animation was good, but it was simply lacking in some areas and could have been drawn with more care especially some stills.   Sound: Not exactly the most unique. Most of the soundtrack was fairly forgettable. The opening was cute and catchy and the ending was very sweet but neither really stood out to me. I liked them but it wasn't the most original. The music wasn't bad by any means, it just wasn't memorable or standout-ish.   Characters: They make the anime amazing and a must-see. They are all hilarious, wacky, and unique. The way they all interact is so unpredictable and laugh out loud especially the interaction between Mikan and Natsume. They make an enjoyable pair to watch. Even though Mikan has quite a loud personality and doesn't make the smartest decisions, she is so utterly likable through her genuine kindness which thankfully doesn't fall into the sugary sappy disgusting level. Natsume at first glance seems harsh, but his subtle kindness and caring personality slowly shine through. Each character adds to the story in their own way. Rarely is a character pushed to the back and forgotten. All the characters grow in subtle ways and yet act like the 10-year olds that they are making the anime so fun and cute. Even the teachers are hilarious in their seriousness (or in some way childishness).   Overall: Hilarious, crazy, romantic, with hints of darker material and some sexual references (mostly from perverted Natsume XD) but nothing too unsuitable for kids, this delivers an overall feel good experience for just about anybody. It's entertaining and well done except for the last arc which the anime should have done without. But other than that flaw, I was quite a fan and would recommend this to pretty much all ages. 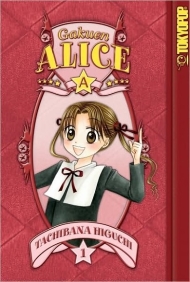